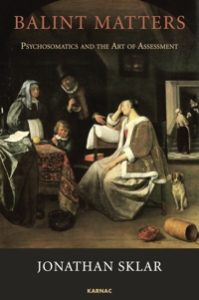 Michael Balint is mentioned in medical humanities circles as a revered ancestor, much as one might talk about William Empson as a significant figure in the history of English literary criticism. Everyone knows they’re important but surprisingly few people read either writer today or even know why they should. (An important exception is Josie Billington’s superb Is Literature Healthy? – reviewed here – which devotes a chapter to Balint.) Empson did theory before Theory, and Balint did narrative medicine before Narrative Medicine. Both men were at least as interesting as what came after them and yet both have become unduly sepia-tinted with the passage of time. Part of the reason for this fading in Balint’s case has to do with the fact that his clinical examples are firmly rooted in the sociological reality of the 1940s and 50s. The world Balint describes is hidebound by class. As a psychoanalytically-minded medical humanist, I occasionally press a copy of Balint’s classic, The Doctor, the Patient and the Illness (1957) on M.Sc students, but always with the caveat about his antiquated case material. ‘Someone should update it,’ I whisper, as they saunter out of the room.

Now someone has updated it. In his new book, Balint Matters, Jonathan Sklar, psychiatrist, psychoanalyst and leader of Balint groups (as well as a leading scholar of Ferenczi’s thinking) has produced a masterly summary of the Balint technique, along with a history of Michael Balint’s contribution to the theory of the doctor-patient relationship in collaboration with his wife, Enid. The second half of the book, entitled ‘Assessment’, which I won’t discuss here could be published as a volume in its own right. Assessing a patient for psychodynamic treatment is a topic on which surprisingly little has been written.

Michael Balint was born Mihály Bergsmann in Budapest in 1896. His parents were descendants of German-Jewish families who had been in Hungary for only two or three generations. (This German-Jewish world of Leopoldstadt is described in a wonderful series of autobiographical interviews that Georg Lukacs gave towards the end of his life, published as Gelebtes Denken). In 1916, young Mihály took the momentous decision to abandon Judaism in the hope of eluding the anti-Semitism that was still rife in Austro-Hungary and changed his name to Bálint (which means ‘Valentine’ in Magyar). He first came into contact with psychoanalytic ideas while a medical student in Budapest. His fellow-medical student and first wife, Alice Szekely-Kovacs, was one of Sándor Ferenczi’s analytic patients. Balint himself held off from having analysis with Ferenczi at first, and following the overthrow of the Hungarian Soviet Republic (which had bestowed a public professorship of psychoanalysis on Ferenczi, a world first) Michael and Alice fled to Berlin in 1919 to train as analysts at the Berlin Psychoanalytic Institute, where both had analysis with Hans Sachs, and where Michael did a PhD in chemistry and physics. The couple went back to Budapest in 1924 and became patients, colleagues and friends of Ferenczi. Balint became Ferenczi’s literary executor and the chief exponent of his thinking in the international psychoanalytic movement for decades. If the rediscovery of Ferenczi has reinforced the air of ‘always the bridesmaid, never the bride’ hanging over Balint, so has the explosion of interest in Winnicott, with whom he has so much in common.

Balint’s main contributions lie in two areas: psychosomatics, understood holistically as the study of the relationship between mental and physical disturbances; and the uses of therapeutic regression, which he explored in his other great book, The Basic Fault (1967). Sklar’s concern is with the first and specifically with the work Balint developed at the Tavistock Clinic in the 1940s and 50s with his third wife, Enid (Alice having died shortly after they arrived in England, to escape the Anschluss). Balint focused his attention on how the doctor’s attitudes and approach affected the course of an illness, and suggested that ‘the most frequently used drug in general practice was the doctor himself, i.e. it was not only the bottle of medicine or the box of pills that mattered, but the way the doctor gave them to his patient—in fact, the whole atmosphere in which the drug was given and taken.’

Sklar offers a number of clinical vignettes from Balint groups he has facilitated, describing how this works in practice. These case histories for me formed the heart of the book. I won’t spoil the reader’s pleasure by describing too many of them but among those that stood out for me was the case of a 70-year-old woman who was addicted to dihydrocodeine, a strong opioid analgesic. The woman had complained of a pain in the hip but a scan revealed only minor osteoarthritis. Her condition never seemed to improve. She made occasional visits to a cousin who lived far away and would ask her doctor for a bumper supply of painkillers to get her through. Then, much against the patient’s will, her daughter visited the GP and told her that her mother never went to see a cousin, and that the story was just a ruse to get more prescription opioids. The GP was appalled to realise that in the course of the previous year she had prescribed more than 3,000 dihydrocodeine tablets to this woman. In discussion with the group, the GP realised she knew nothing about her patient’s history. With a bit of help from Sklar, the group discussion included the following ideas: 1) the patient had an addictive relationship to the doctor; 2) the doctor felt depressed on behalf of the patient; 3) the doctor was unconsciously acting as a container for aspects of her patient’s mind, perhaps playing the part of a distant depressed mother, who gave her daughter ‘the wrong medicine.’ Feeling, noticing and understanding these projections didn’t cure the patient but they did give her doctor more freedom in the way she related to her. Addiction could now be seen as a way of representing early childhood deprivation.

Balint groups have also been used with psychiatrists. Sklar is fascinating on the attempts by some trainees to use Balint groups as a covert form of personal analysis. This arises not least because of the peculiar pressures of working with severely disturbed patients. The kinds of problems many of the trainee psychiatrists brought had to do with the ways in which they were made to carry aspects of their patients’ mental disturbances. Again, to pull out just one example, Sklar describes the case of a young psychiatrist, Dr L, overwhelmed by the suicide of a male patient who had been admitted at his mother’s request, shortly after the latter’s recent remarriage. Dr L bitterly regretted not administering ECT. Perhaps it would have saved him? She was also worried about the effect of the suicide on the other patients on the ward where the man was being treated. The nurses had suggested that a community ward meeting should be convened to break the news. The group listened to Dr L’s anxieties and asked for information about the patient’s history. It turned out that his biological father had killed himself by electrocution. Sklar asked how the ward meeting had gone. It had been fine for the most part though a psychotic woman had to be removed. This woman had told the meeting she was the angel of death and that there would be more deaths. Somewhat to the group’s surprise, Sklar observed that the psychotic woman had voiced what was in effect Dr L’s own worst fear about herself. Here was an instance of the need to listen to the very mad, as barometers of the most split-off emotions in the room. The psychotic woman had been excluded because she was voicing the emotions that were most unacceptable to the group. Dr L then remembered that her patient had killed himself on his mother’s birthday and that her recent marriage was to an electrician perth. These snippets, combined with the knowledge of the patient’s father’s suicide, shed new light on the hopes she had placed in ECT. They amounted to a re-enactment of the patient’s deep upset over his father’s suicide and at the same time offered a means to shut out and ignore the meaning of the mother’s marriage to an electrician. As a result of this meeting, Dr L softened down her until-then vigorously-asserted opinions about psychiatry’s exclusively organic basis.

For me, the most moving chapter in the book describes Sklar’s work in the early 2000s at a hospital in an unnamed city in South Africa. In 2007, it was estimated that nearly 6 million South Africans had HIV or AIDS, or 12 per cent of the population. This was overwhelming to the medical professions attempting to offer treatment at a time when antiretrovirals were beyond most people’s reach. Thabo Mbeki’s refusal to believe that HIV had anything to do with AIDS licensed widespread denial of the natural history of the disease and its behavioural causes. Of course, the doctors knew how AIDS was commonly transmitted but the overwhelming nature of the incidence of the disease and the need to shield families from stigma meant that patients were often treated as if they were just medically irrelevant dying people. The doctors for whom Sklar acted as a Balint facilitator told him of their anger at the way AIDS patients were treated as undeserving and subhuman. But they also described the primitive fears the disease evoked in the workplace. The whole practice of medicine was at risk of becoming warped by the cultural phantasies surrounding it.

Sklar’s book deserves to be read by anyone who wants to know how to listen to patients with an analytic ear, how to understand the dilemmas of clinical practice analytically, or why psychoanalysis still has so much to offer physical medicine. As his title makes clear, Balint matters, particularly in an environment where doctors and patients are urged to forget about the whole person and focus instead on gross symptoms and quick fixes. As a result of his endeavours, it should be easy for most readers to imagine a Balintian response to many clinical dilemmas. It is even possible that this brilliant exposition of Balint’s thought will initiate a new phase in the reception of this underrated and very fertile thinker, and bring about further extensions of the Balint model of the kind Sklar himself has achieved here.