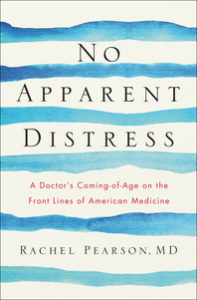 Was there a time before memoirs of medical training became a popular genre of nonfiction?  It’s difficult now to imagine a time before aspiring young physician-writers frequently turned their attention to the slings and arrows of outrageous—but also often sublime—medical education. Intern by Doctor X, one of the earliest first-hand accounts of  hospital training, appeared in 1965. Its lurid description of life in a teaching hospital forced the author to remain anonymous, but the book was eagerly consumed by the public, whose appetite for these stories has grown and multiplied over the ensuing decades. Soon additional memoirs began to appear, and a new genre, the medical bildungsroman, was born. Today Amazon and Barnes & Noble offer dozens of books featuring the personal stories of young physicians. Some of these, like Danielle Ofri’s Singular Intimacies or Atul Gawande’s Complications, are first rate literature; others are merely workmanlike. Some focus mostly on the writer’s internal struggle or character formation; others are explicit in their critique of depersonalization, overuse of technology, or injustice in American medical care.

The plots of medical bildungsromans are pretty standard: an idealistic student enters the maelstrom of medical school or residency training, overcomes obstacles, gains practical wisdom and survives, determined to become an altruistic and humane physician, despite external constraints, like deficiencies in the health care system. Some physician-writers are able to combine these generic ingredients into compelling and provocative stories. To do so requires freshness of insight, a talent for vivid storytelling, and a distinctive voice.

Rachel Pearson’s No Apparent Distress displays all of these qualities in good measure. Dr. Pearson graduated from the University of Texas at Galveston in a combined MD-PhD program, with her PhD in Medical Humanities . The book’s title is an ironic reflection on the traditional medical shorthand, “The patient is in no apparent distress,” or shorter still, the chart entry, “NAD.” As Dr. Pearson makes apparent, there is in fact a great deal of distress among students, physicians, patients, and in the American health care system as a whole.

Aside from the author herself, the book’s  most significant character is St. Vincent House, the site of a student-run free clinic for indigent and uninsured patients. Over 25% of Texans were uninsured in 2008. For those in Galveston, St. Vincent’s (with the motto, “All Are Welcome Here”) was virtually the only available safety net. Rachel began working in the clinic  from her first days in Galveston and continued throughout medical school, eventually serving as a student director. Thus, much of No Apparent Distress is devoted to her education at St. Vincent, which included in-depth learning about the social and cultural context of medicine, and the glaring inequities in American health care. The publisher’s flyer describes No Apparent Distress as “a searing indictment of America’s health care system.” I would not call the book “searing.” Yet, it’s compassionate and hopeful stories of struggling patients teach the reader much more about injustice than searing rhetoric could.

Take the example of Mrs. Klein, who appeared at St. Vincent’s with a large abdominal mass that had been growing for three years.  Dr. Pearson recounts her difficult, but successful, attempt to enlist faculty volunteers to biopsy the mass, interpret the slides, and eventually obtain coverage for Mrs. Klein in Galveston’s indigent care program, allowing her to undergo surgery. Although this entire process required eight months, it was doubly successful because the mass turned out to be benign. Meanwhile, the author describes her experience with the “luxury medicine” that took place nearby, a month long rotation with Doctor Houston whose internal medicine practice featured cosmetic Botox injections, laser hair removal, and “electrode” treatment for diabetic foot pain. This contrast between uninsured and luxury medicine highlights the irony of “no apparent distress.”

Another major theme of the book is uncertainty and error as experienced by a physician-in-training. Like many physicians, Dr. Pearson vividly  remembers her first significant medical error. When evaluating a St. Vincent’s patient, she forgot to report abnormal urinalysis findings to her preceptor. This, in turn, led to an incorrect diagnosis. Several months later the patient was found to be suffering from terminal kidney cancer. The author agonizes over her personal responsibility for the delay in his diagnosis (as I think most conscientious students and physicians would), even though it’s difficult to see how a single urinalysis result would have made a difference to the outcome.

Dr. Pearson relates a number of other instances of hesitation, error, awkwardness, and confusion as she progresses through medical school. As I noted earlier, these are all standard student responses, as are the array of hostile, difficult, engaging, and grateful patients. What makes No Apparent Distress stand out is the author’s ability to bring her feelings and these characters to life. She also has a distinctive voice, an attractive mixture of naiveté, passion, sharpness, and common sense that hooks the reader and makes him keep turning pages. Finally, this memoir is unusual in its focus on efforts to care for the uninsured patient as an integral part of medical education.

No Apparent Distress carries the subtitle, “A Doctor’s Coming-of-Age on the Front Lines of American Medicine.”  This is unfortunate because it evokes the hackneyed war metaphor that the author strongly condemns as contributing to the inhumanity of contemporary American health care. Fighting, battles, front lines—we need less of this violence and more of the caring that Dr. Pearson actually prescribes. So forget the subtitle, but read the book, which is a notable contribution to the medical bildungsroman.