What does conducting rapid evidence synthesis for decision making look like? Sandeep Moola shares his experience for developing one on MLHPs for LMICs

Historically, mid-level health providers (MLHPs) have been providing diagnostic and clinical services, in high-income countries (HICs) as well as resourced constrained settings in low- and middle-income countries (LMICs). They are variously referred to as clinical officers, medical assistants, physician assistants, nurse practitioners, surgical technicians, community health workers. MLHPs work not only with a variety of patients but also in teams supervised by physicians and consultants.  The WHO has identified MLHPs as an important way to improve access and coverage of health services. It is believed that generally well trained and motivated MLHPs provide superior quality and more accessible services than better qualified but less motivated professionals, at lower costs to the system.

This topic was raised as a critical one in India in light of work we have been doing as a Rapid Evidence Unit in partnership with India’s National Health Systems Resource Centre (NHSRC). With support from the World Health Organisation’s Alliance for Health Policy and Systems Research (AHPSR), we are providing gratis rapid evidence synthesis to public agencies to synthesis the key findings of published research on a relevant topic, and explore the implications for evaluation and implementation contextually for decision making. In this blog, I describe our experience of conducting our first rapid evidence synthesis on MLHPs.

As a team, our first task was to select an approach from the plethora of options for conducting rapid reviews and policy briefs, described in the extant literature. Through discussion and consensus, we agreed that we would use the established WHO-SURE (Supporting the Use of Research Evidence) guides as our basis for conducting rapid policy briefs.  We used a streamlined approach required for rapid evidence synthesis, that included limiting the study designs (for example including only systematic reviews (SRs) and/or meta-analyses); and the context in which studies were conducted (for example considering SRs that included studies conducted in LMICs or provided some perspective for LMICs). Having agreed on this approach, we then developed a rapid policy brief. While this took considerably less time to perform than a traditional SR (roughly eight weeks), it was still a tedious and time-consuming process!

Overall, seven systematic reviews were included that informed evidence for this policy brief – majority of them including studies conducted in tertiary care centres in HICs. Only few had studies from primary health care settings or LMICs. We had to package them in terms of packages as defined by India’s Comprehensive Primary Health Care reforms. The CPHC reforms which have outlined a key role for MLHPs already provided an opportunity for policy makers to decide which domains they might be optimally used. Research is also needed on the training, performance and impacts of MLHPs, including their ability to work in different domains of healthcare.

Our process was not without limitations: we would have liked to include qualitative studies and high quality randomised controlled trials to supplement the results from systematic reviews and in areas where evidence was lacking. Employing a mixed methods approach would have helped explore some of the findings observed in detail. We would also then have been able to include studies that were published in the past two years or so. These limitations notwithstanding, it has been a worthwhile experience conducting this rapid policy brief (8 weeks!). We hope that the processes and checklists developed during this project will help guide future work in the domain, particularly in the Indian context.

I have read and understood BMJ policy on declaration of interests and declare that I have no relevant conflicts of interests to declare. 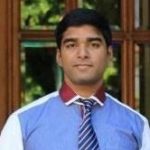 Sandeep Moola is an Evidence Synthesis Specialist working at the George Institute for Global Health, India and an Adjunct Associate Lecturer at the University of Adelaide, Australia. He has extensive experience in the domain of evidence synthesis including for systematic reviews.