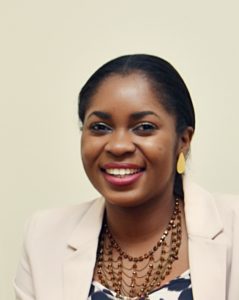 I applaud Paul and colleagues, authors of the recent BMJ Global Health paper on performance-based financing in low-income and middle-income countries (LMICs), for being bold. We need more daring authors in health systems and global health, who are unafraid to state the obvious as these authors have done. While many may be afraid because of ‘disloyalty’ or ‘biting the hand that feeds you’, not speaking up is like eating unhealthily and promising to change your diet, but never really getting around to it. It is not easy to highlight reforms that may not be working as hoped, but it must be done.

The paper echoes many interventions that promise successes in theory but are unable to realise these because of the wide divide between policy and implementation, and there are many examples of this in LMIC health systems: see here and here, for examples of such initiatives in which I’ve been involved in Nigeria, in my work on immunization programmes. In the context of broader health systems reforms in LMICs, there are more questions to be answered on how interventions are designed and implemented. I’ve framed my response to Paul et al along the lines of three questions they raised in their article.

PBF was designed mainly by ‘experts’ from higher income countries without much consideration for the PBF experience in high income countries, and with little evidence of recipient country ownership of the policy making process in the LMICs where PBF has been implemented. But it is important to note that the PBF case is not peculiar. Similar challenges have been reported, for example, in the introduction and implementation of many HIV programmes in LMICs, which, despite providing many benefits in those countries, have also had unintended negative consequences on, for example, delivery of basic immunisation services in countries with limited human resource for health.

While donor-led interventions are often described as developed in consultation with recipient countries (and in many cases they are, as earlier responses to Paul et al’s paper indicate, here and here), but the questions remain: who truly sets the agenda, how much in-country expertise is applied in the final programme design, and how willing are implementers to change the design in line with ongoing feedback from in-country experts and the intended beneficiaries of these programmes?

One example from my experience working on immunisation in Nigeria is the WHO-recommended National Immunization Technical Advisory Groups (NITAGs). Intended to function as sustainable national technical advisory body to guide evidence-based decisions on immunization policies, WHO recommends that they should be independent and free of political and personal interests. Since 2011, only 17 out of 82 countries meeting the WHO criteria have established NITAGs. The question is, is it really possible to select such ‘independent, non-politically motivated experts’ particularly in LMICs where they would struggle for relevance and sustainability if they were to be funded by the country? It makes one question how these bodies were conceived in consultation with intended beneficiaries.

2. What is the meaning of ‘evidence-based’ reform in LMICs?

When proponents of reforms talk about ‘evidence based’, they are often referring to success stories in one or two LMICs; whereas some of the results of the pilots for generating the evidence may not even be generalisable within the countries where they were tested. In Nigeria for instance, interventions must be tailored to geography, culture, and socio-economic status of target populations. What may work in the south-west may not be effective in the north-east of the country.

While the value of scientific evidence in design and implementation of reforms cannot be discounted, it is naive to assume that science alone can explain the complexities of health systems particularly in LMICs. Donor agencies like Gavi emphasise the importance of system intricacies as underscored in their slogan ‘learn by doing’. Many LMICs have no reform examples to emulate and really need the experts to design what can work best given their circumstances and realities, and then learn from implementation. For example, in the current process of transitioning from Gavi to domestic funding for immunisation in Nigeria, donor experts have had to admit that there is no example for how this should work because Nigeria’s case is unique (even though nine countries have so far gone through the transition).

3. What are the actual and opportunity costs of reform?

The human ‘expert’ costs of many interventions in comparison with the actual interventions are yet to be systematically determined for health system interventions in LMICs. But the opportunity costs, as Paul et al assert, are perhaps more important. These costs raise the question: would there be commensurate improvements in health system performance if, for example, countries paid workers to do their jobs? That is, could it be that the so-called improvements due to performance-based payments are really a function of basic availability of funds for programmes, rather than the funds being conditional on performance? My argument is not that investments have not yielded some results, but we must always question at what costs and can these be better channelled with the right designs? We must be willing to consider the possibility that if basic availability of funds for service delivery generates similar results as performance-based payments, then the actual cost of delivering PBF is essentially wasted.

Providing constructive criticism for reforms does not diminish the value of the reform. Donor agencies and experts should learn to embrace the feedback from recipient countries in the design and planning of interventions. If the reforms are truly in the country’s best interest, country stakeholders at all levels should be part of the planning processes. One might argue that the long history of poor governance and lack of accountability in many LMICs poses a lingering challenge of distrust, particularly with respect to financial accountability. But this should be seen as an opportunity for ingenuity and innovation to ensure efficient systems. Innovations need to be well thought out, with input from those who understand the context to address health system issues particularly in LMICs.

Finally, if it is not working, do not force it. It is costly to make a mistake, but it is costlier to keep pushing the mistake and forcing it to make sense.

About the author: Shola Molemodile is a medical doctor, and holds a Masters in Health Policy, Planning and Financing from the London School of Hygiene and Tropical Medicine and the London School of Economics and Political Science. She is currently the managing director of Direct Consulting and Logistics Limited, a health system management consulting firm based in Abuja, Nigeria.