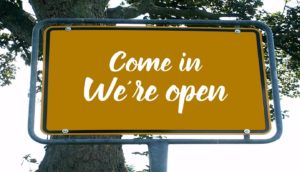 Photo by Geralt under CC 0

India is one of the world’s largest economies and its health system is ranked 154th globally by the Global Burden of Disease Study 2015. Time and again, India has expressed its commitment to achieving universal health coverage (UHC), but are the policy choices being made in alignment with the stated commitment?

The Union Budget of 2018 unveiled the Government of India’s plan for a National Health Protection Scheme (NHPS). NHPS is an insurance scheme which provides coverage of up to INR 0.5 million per family per year, and is supposed to cover 100 million households for their secondary and tertiary care. It is believed that it will be not much different from the existing Rastriya Swasthya Bima Yojana (RSBY), with an increase in the cap from INR 0.03 million to INR 0.5 million/family/year. Past experience with health insurance schemes and the press statements of government officials indicates that the new scheme will probably be implemented mainly by empanelling (the process of enrolling health facilities for service delivery) more private sector providers. NITI Aayog (the government’s own thinktank) has estimated an amount of INR 110,000–120,000 million/year to roll out the new scheme, while another research paper estimates an annual requirement of INR 1 trillion. In comparison, the plan outlay for NHPS, under the budget for the fiscal year 2018/19 is INR 20,000 million.  In a scenario where health services is largely delivered through private providers, it is evident that a big chunk of funds allocated for the new scheme will go to them – a key reason why the healthcare industry lauds the scheme as a ‘game changer.’

In the light of the Indian government’s limited capacity to control the predatory behavior of private healthcare providers, expending public funds heavily on the private sector for service delivery is not a good idea. The current healthcare financing which is geared towards insurance-based health care is not equitable, allocatively and technically efficient. Despite the insurance schemes, OOP health care expenditure is still above 60%. Health inequities remain unresolved. Further, the insurance schemes do not cover primary care (allocative inefficiency as primary care is not prioritized), operationalizing insurance schemes often entail huge administrative and indirect costs and implementation challenges thus, technically inefficient. If this continues, it could prove costly for taxpayers.

Historically, the growth of the private health sector has been exponential, and it seems like the state is set to further accelerate it. This can be seen in the sector’s substantial involvement in the new health insurance scheme, and the push for a new model of care by the NITI Aayog, where private companies would be able to set up shop on the premises of public health facilities.

Since 1991, when neoliberal policies were introduced, privatisation, liberalisation and globalisation have been the mantra for India’s development. The healthcare industry is no exception, and successive governments have consistently indulged the private sector (e.g. through encouraging FDI, tax benefits, weak enforcement of regulations) at the cost of the public health system. Already, the government’s investment in health (a little over 1% of GDP) is nowhere near global standards, and to add insult to injury, it is spent in an inefficient manner.

It is claimed that the failure of the public health system necessitates greater involvement of the private sector in service delivery. However, greater private sector involvement in the current climate is unlikely to succeed for several reasons. Examples from across the country (for example, Rajasthan, Karnataka, Maharashtra, Gujarat and Chattisgarh ) demonstrate that  public–private partnership healthcare models (e.g. contracting out the management of primary health centers to private actors), and insurance-based provision of care through private providers have failed, and lead to cost escalation in the long run. One of the key lessons offered by the above examples is that when there are poor oversight mechanisms, unethical behavior creeps into public–private relationships. Whether in the price-fixing of benefit packages under the social health insurance schemes, or the design and implementation of even basic healthcare regulatory laws (Karnataka Private Medical Establishment Act, Clinical Establishment Act) which mandate registration, prescribe standards and impose certain obligations on the private sector, negotiations are fraught with contention. Reaching a consensus on the above-mentioned acts has become extremely difficult, and government often succumbs to the pressures of private practitioners and private hospital associations.

So, what is a viable strategy for India’s vision of UHC? We could take lessons from other countries. One approach, adopted by low and middle-income countries that have made rapid progress towards UHC (e.g. Sri Lanka, Thailand), is the strengthening of public health systems. A recent study reported that strong public health sectors almost always result in higher quality in the private sector. However, saturating the public health system with funds is not enough; rather, efforts towards building accountability through ‘reducing abuse, assuring compliance with procedures and improving performance/learning’ should be prioritised.

The current environment is not the right context for an insurance-based health system that offers a greater role to private companies. Thus, NHPS is unsuitable and will attract problems, rather than address the current challenges of the Indian health system. It is high time our policymakers re-evaluated strategies for achieving UHC. If not, we will cause irreversible damage to the health system, and future generations will curse us for what we have done today.

About the author: Meena Putturaj holds a Masters in Community Health Nursing degree. She has experience in clinical nursing, teaching and worked at Institute of Public Health, an academic and a research organisation based in Bengaluru, India in health policy and systems related projects. She is currently pursuing a Masters in Public Health at the Institute of Tropical Medicine, Antwerp, Belgium.