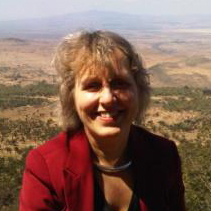 In a recent paper in BMJ Global Health, 24 authors (Paul et al) – the majority of whom are French-speaking academics and consultants from northern countries – declared that performance-based financing (PBF) in low- and middle-income country (LMIC) health systems needs an urgent rethink. They claim it is a donor fad. They argue that PBF is gaining too much traction, too much money is being spent (and wasted) and the gaps between promise and practice of PBF often go unchallenged.

They state that PBF’s dissemination is indiscriminate, with too much simplistic copy–pasting of a ‘PBF model’ (which the authors do not further explicate); that the current communities of PBF practitioners and practice thinkers are complicit in it all and not ‘independent’ enough to carry out the proper research that would set things straight.

What is required, the authors contend, is a group of ‘independent’ researchers to keep a finger on the pulse of implementation and to recommend better strategies to countries, donors and others, so that country stakeholders would no longer blindly follow World Bank models but work instead on matters that are more sustainable and country specific.

Let me come clear right away. I am fully biased. I’m a 59-year old white, middle-class woman from one of the richer countries in Europe. And I am a PBF person. I am too old to believe in being ‘independent’ or 100% objective. We are all driven by subjective feelings, however much our work requires us to be objective.

I believe in building things together; and I have, with thousands of friends, colleagues, and constructive adversaries, been involved – as an academic, iNGO director, parliamentarian, lecturer, trainer, and evaluator – in struggles for forms of health (systems) strengthening that boost quality and equity and use public funds efficiently. I have seen fashions come and go in global health. I have seen gains but also the wastages that occur in health systems. I learnt in the school of life that things work best when defined, carried out and managed by the people most concerned. I have worked with idealists and ideologues, passionados and power freaks, opportunist-hoppers and people who with amazing commitment stay with their promises and beliefs through thick and thin.

I have experienced on my own continent and elsewhere various incarnations of insurance systems, national health systems, input-based models, output schemes, pilots, projects, and large-scale programmmes. I have weighed the pros and cons of input systems versus output systems, vertical thinking versus attempts to horizontalise. And I have had the pleasure to deal with the lobby and advocacy groups for all these approaches.

But in the end, I prefer PBF to any other health systems approach. Not because it is perfect, but because in principle and in its make-up, it is an open and dynamic approach. It is based on a sense of human nature and potential, an awareness of tough social processes and a commitment to good governance, which resounds with my own life’s experience.

Where I agree with Paul et al

Paul et al built strawmen instead of bridges, with the risk of throwing the baby of PBF (i.e. years of critical practical development) away with the academic bathwater. But there are many points on which PBF practitioners like myself could agree with them, including that:

Where I disagree with Paul et al

If all the work of the various PBF implementers and communities of practice over the last two decades were taken more seriously into consideration by Paul et al, their article could have been a ‘shared point of consideration’. But while they issued a justified appeal for critical thinking, they ignored four fundamental dimensions of PBF practice and already ongoing critical reflection in the field:

PBF practitioners include many people who wish to free themselves from donor dependency and all the strings attached, fight the persistent remnants of colonial power framing in global health and build real equitable relationships. What often prevents this from happening is the complex – bread, butter, fame – struggle for survival!  But my hope for the future rests on the observation that the urge for change which many of my PBF colleagues express goes beyond northern academics telling other northern consultants what to do or not to do. This is no time for factionalism, ideological grandstanding, or turf wars. What we need is a more constructive debate on PBF, based on more honest, dynamic, practice-based, nuanced, and inclusive considerations than Paul et al introduced in their appeal for rethinking PBF.

About the author: Godelieve van Heteren, MB, MD, is an international health and development policy expert currently working as senior consultant, in PBF trainings and to assist the implementation of the new international Health Systems Governance Collaborative, hosted at WHO. She has previously been the foundational director of the Rotterdam Global Health Initiative (RGHI), a multi-institutional research network of global health innovators also based at Erasmus University, with collaborative research projects around the globe. She has also worked as the director of international development NGO Cordaid, as a Member of the Dutch Parliament, and as a full lecturer at the Radboud University, Nijmegen.

1 thought on “The baby and the bathwater: can we have a more constructive debate on performance-based financing?”

Strategies used by the soft drink industry to grow and sustain sales: a case-study of The Coca-Cola Company in East Asia