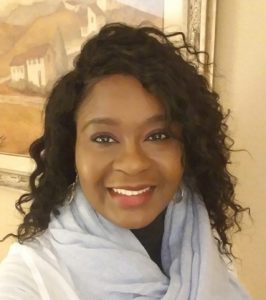 In the recent BMJ Global Health article Paul et al critique the notion that performance-based financing (PBF) is an effective approach to improving health service delivery in low- and middle-income countries (LMICs). They do so by highlighting concerns about the mixed evidence supporting the efficacy of the intervention.  Using Rwanda as a case study, they further draw attention to the question of whether its effects are reproducible; that is expensive, and is provably inequitable; and that in other African countries (e.g. Benin, Chad and Mali), PBF leads to reduction in staff motivation and the quality of service delivery. Paul and colleagues call on independent researchers to evaluate the system-wide and long-term effects of PBF on health systems.

In addition to the view on long-term effects is the fact that scant consideration is given to the assessment of the sustainability of PBF initiatives in LMICs.1 Last year, a qualitative assessment of stakeholders’ perspectives on a PBF program in Mali indicated ‘weak’ level of sustainability.2

As a stakeholder, I believe it is time to re-think PBF. I am a young African woman, who was born, raised, and has lived on the continent for more than 20 years of my life. Although I now live in the United States, I retain a keen interest in African affairs, especially its health systems. While in Africa, I witnessed the coming and going of one donor fad after the other, leaving the various sectors in a state of disrupted equilibrium. Of course, Africa has its own self-created problems, but let’s be honest, there are several examples of foreign donor initiatives with weak evidence of efficacy that have contributed to leaving the continent in the state it is in now.

The working definition of sustainability is one that lacks consensus among the global health research and health promotion community.1 Conceptually, it is understood as both a continued process and an outcome,3 and explained in terms of permanence and integration into the health system at large.4 While several researchers view sustainability as a useful predictive tool at the initial stages of program planning and implementation, a few measure sustainability during the intervention, serving as a guide to help fine tune its implementation. Hence, I posit that the empirical evaluation of sustainability should be performed prior to implementation of PBF and as part of the ongoing monitoring and evaluation process.

For PBF to be sustainable, implementers must carefully assess political will and stability, as well as capacity to routinize performance indicators into health system operations. Emphasis should equally be placed on improving the quality of both horizontal and vertical programming; paying attention to the impact of interventions on care delivery processes, system structure and clinical outcomes.5 Moreover, since local ownership is a vital building block for sustainability, PBF programs must allow enough flexibility for local stakeholders to define performance indicators according to context, and their evolving understanding of quality service delivery.

In the current climate of shrinking donor funding for global health initiatives, governments of developing countries may be convinced to include PBF into their health spending budgets if its promoters can readily provide empirical evidence for its sustainability in terms of economic viability. This issue is worth evaluating by asking the following questions:

If PBF is to continue in its current form, promoters or detractors need to start paying attention to ‘sustainability’, its  determinants, long-term impact, and potential for integration into host health systems. Fortunately, with several existing frameworks of sustainability, there is no need to reinvent the wheel. Secondly, ongoing PBF programs should appraise whether the variables present in host organizations are predictive of long-term sustainability. Thirdly, implementers should perform a self-assessment of the plasticity of the design of the PBF program in permitting the modification of actions and strategies to include measuring sustainability. Finally, against this backdrop, let’s ask ourselves, “what are the public policy, economic and ethical implications if the PBF intervention does not continue long after the end of the funding cycle?”

In a rebuttal of Paul et al’s call to rethink PBF, supporters of PBF advise against throwing the baby out with the bathwater. I’d like to think that the baby is the precious goal of improving health system performance, and that the water in which the baby is immersed is the medium of incentives. It is argued that the last two decades of PBF implementation already involved critical reflection on the influences and dimensions of ‘dynamics’, ‘package’, ‘adaptation’, and ‘politics’ on implementation, all raising valid concerns. However, the data, which are both judge and jury, are unequivocal: the results are mixed, and the level of sustainability is questioned.

Using my interpretation of the metaphor of the baby and bathwater as applied to PBF in LMICs, I would like to admonish that the ‘baby’ must be preserved, but if the evidence on efficacy of PBF is mixed and we cannot demonstrate the sustainability of the ‘water’, then perhaps yes, it is time to re-think PBF.

About the author: Priscilla N. Owusu is an alumna of the Johns Hopkins Bloomberg School of Public Health and an independent consultant and researcher based in the Washington, DC, area working in the domain of quality improvement for health systems at the U.S. state level. Her research interests include UHC in Africa – specifically its dimensions of access and quality, use of digital health to inform evidence-based interventions, safety net populations, infectious disease and NCDs, maternal, newborn and child health, and women’s sexual and reproductive health. Twitter @PriscillaNOwusu