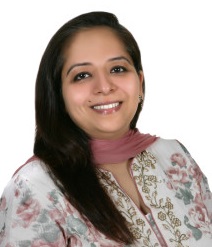 By Monika Arora and Soumyadeep Bhaumik

‘Two steps forward, one step back’ is probably the most appropriate catchphrase to describe the arduous progress that India has made in the use of pictorial health warnings (PHW) on tobacco products. PHWs were first implemented in India in 2009 after repeated directives from High Courts and the Supreme Court of India. Almost a decade later, the battle still seems to be far from over.

When PHWs were introduced in India, they covered only 40% of one side of tobacco packs and were irrelevant pictures. They were therefore weak and ineffective in communicating the intended messages. In 2014, the Government of India took cognizance of scientific evaluations and assessments, and amended the Cigarettes and Other Tobacco Products (Packaging and Labelling) Rules 2008 to increase the size of the warnings to 85%, with 60% allocated for pictorial content and 25% for textual warning. This was challenged by the tobacco industry, but the Supreme Court ordered enforcement, with the 85% PHW size finally enforced in April 2016. With this, India climbed up to third position from 136th in 2014 in the Cigarette Package Health Warnings International Status Report by the Canadian Cancer Society.

To overcome developing immunity to warning messages, India’s Ministry of Health and Family Welfare rotates PHWs every two years. The next set of warnings to be notified are due in 2018. The tobacco industry filed various petitions against the 2014 rules, in different high courts across the country, and these were all collectively transferred by the Supreme Court to the Karnataka High Court in May 2017. During the hearing, the tobacco industry challenged the text (‘Smoking causes throat cancer’ and ‘Tobacco causes cancer’) as unsubstantiated and the images of the warnings untruthful. They argued that these warnings were unconstitutional and hampered the industry’s right to conduct business in a fair manner. On December 2017, the Karnataka High Court struck down 85% PHWs, citing them to be arbitrary and in violation of the Constitution, which guaranteed equality before the law. The ruling meant India would have to revert to its earlier status of 40% PHWs.

The key evidence asked in the court was to establish effectiveness of 85% warning versus any lesser size, in dissuading smokers or potential users from consuming tobacco. This evidence is available in the form of the Global Adult Tobacco Survey (GATS-2) conducted by the Ministry of Health and Family Welfare. Released in 2017, the GATS-2 data highlighted a 17% relative reduction in the prevalence of current tobacco use since GATS-1 (2009/10), indicating India’s tremendous progress towards attaining its set target of 30% relative reduction in prevalence of current tobacco use by 2030, as mentioned in The National Health Policy 2017. GATS-2 showed that 62% of adult cigarette users had thought about quitting because of warning compared with only 38% of cigarette users who reported this during GATS-1 in 2009/10, when the size of the warning was 40%, on one side only. Similarly, 54% of current bidi smokers and 46% of current smokeless tobacco users thought about quitting because of warning labels in GATS-2, up from 29% and 34% respectively in GATS-1. Subsequently many states (e.g. Maharashtra, Odisha,  Karnataka, Madhya Pradesh) have released state-level GATS fact sheets, and evidence on effectiveness of warnings in promoting cessation and motivating users to quit is evident across all states. Therefore, PHWs have adversely impacted the country’s $11 billion tobacco industry, as people are becoming more aware of the health effects of tobacco and are considering quitting.

Tobacco control activists filed a petition in the Supreme Court against the Karnataka High Court order and the Supreme Court stayed the order on 8 January 2018, citing the importance of health over trade, and the serious health hazards caused by tobacco use to the consumer and its adverse impact on family and society overall. The Supreme Court said:

‘Though a very structural submission has been advanced by the counsel for respondents that it will affect their business, we have remained unimpressed by the said argument as we are inclined to think that health of a citizen has primacy and he or she should be aware of what can affect or deteriorate the condition of health. We may hasten to add that deterioration may be a milder word and therefore in all possibility the expression ‘destruction of health’ is apposite.’

The matter is listed for final disposal on 12 March 2018, but the public health community is hopeful that health will continue to prevail over trade.

Litigation is a known strategy to delay implementation of effective tobacco control measures. The Government of India’s strong resolve on tobacco control is evident from media reports , which claim that it has requested the Supreme Court to classify tobacco as res extra commercium (Latin, meaning- “outside commerce”) to safeguard public health. If successful, such a strategy will lead to a legal environment in which using litigation as a delaying tactic would be difficult. The ongoing enforcement of tobacco control policy presents an opportunity to generate continuous evidence to thwart industry challenge. There has been a lot of progress on tobacco control in India, but to prevent going backwards, India’s public health community needs to sustain its efforts.

About the authors: Dr Monika Arora is the Director of the Health Promotion Division and Additional Professor at Public Health Foundation of India. She was awarded the WHO Director General’s World No Tobacco Day Award in 2012 (email monika.arora@phfi.org). Dr. Soumyadeep Bhaumik is a Senior Research Associate in the Health Promotion Division, Public Health Foundation of India. He is also Associate Editor (Social Media) for BMJ Global Health and tweets at @DrSoumyadeepB.

Competing interests: We have read and understood the BMJ Group policy on declaration of interests and confirm that we have no conflicts of interests to declare.