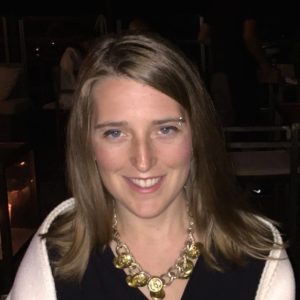 Over the last months, quite a few governments from both Northern and Southern countries have turned their backs on science by questioning its value, importance, and contribution to human and planetary sustainable development. The reasons for this are diverse: in the US (the case that is more covered by world media for the reasons you know), there is an underlying debate about how reliable science really is. In other countries, such as Argentina, this battle is linked to austerity measures and a new ‘clash of neoliberal policies’ (at least, in the South American region).

This new situation has already triggered some (deep) reflection among the scientific community: if people – and yes, also politicians – mistrust scientists and do not believe scientific research is a priority, there is something that scientists must have done wrong. Science is not without its faults; history provides some examples of terrible things done in the name of science or backed by (some) scientists. Probably as a reaction to this, some scientists have taken the position that their work has nothing to do with politics: their business is the creation of knowledge itself, not its applicability, usefulness or the moral trade-offs involved. Also, some scientists have seen themselves as an elite, far away from (and above) the mundane world. The ‘ivory tower’ metaphor didn’t just come out of the blue. Too many scientists have failed to communicate effectively what they do, and why their work is important or useful for society.

The identity of ‘scientists’ has been challenged lately, and even threatened in some cases, certainly among some segments of the population, on social media and in some political circles: what is he/she, what does she/he do? Is he/she as ‘neutral’ as he/she claims to be? However, scientists have also started to reflect upon (and reconsider) their own identities. We have witnessed and ‘lived’ this shift in thinking about scientists’ identity and practices in our countries: from offices and laboratories, to (taking to) the streets. From writing papers for academic audiences to tweets and posts on Facebook, trying to reach other kinds of audiences. From expecting to attend the next academic conference, towards pressure to be part of the next congressional hearing.

The ‘science crisis’ in the US and Argentina is different in a number of respects, but both crises show how the scientific community is changing and fighting back. For the time being, still with one hand tied behind their backs, but even that might be changing.

US: ‘Science, not silence’

No other group of scientists in the US has been more important in the shifting of identity to ‘scientists-as-activists’ as climate scientists. Shortly after the election of Trump, these folks began mass downloading whole databases of government climate data to private servers for fear that a Trump administration would make it impossible to access these data, and thus continue to monitor climate change. Knowing that their work has such a grave impact on not just the US, but the world, they also began to organize alt-twitter accounts, such as alt-EPA (Environmental Protection Agency), and alt-NOAA (National Oceanic and Atmospheric Administration).

However, it quickly became clear that the attacks on science would be broad, and encompass all forms of government funded science. This lead to the formation of The March For Science, modelled after the now famous Women’s March in DC. The March For Science galvanized researchers from all fields, including health, global health, climate and environmental scientists, to take to the streets and demand that their work continues to be valued, funded and made publically available.

Like most professional groups working in the sciences, however, their membership struggled with the question about scientists’ roles in politics. They reacted with a simple counter-question: ‘can we afford not to speak out in the  defense of science?‘ With the sweeping attacks against science, particularly in regards to defunding and erasure of reports and data, scientists in the US have come to the startling conclusion that if they don’t become more politically engaged in the debate around the role of science in society, they face the very real possibility that no one else will defend it. This would have implications both domestically and internationally.

Argentina: ‘Nobody cares about your PhD’.

Since last December, the Argentinean scientific community has joined forces against science-related government policies. The reason was obvious: despite his campaign promises, president Macri didn’t increase, but actually reduced the budget for science, arguing that a country with 30% of its population under poverty ‘could not afford to invest in science’. The episode that ignited the dispute between the government and the scientific community was the following: 500 young scientists who fulfilled all requirements and evaluations for obtaining a permanent position at the National Science Council (CONICET), were rejected due to alleged budget constraints. It turned out later that political reasons rather than economic ones led to the rejection.

Since that episode, Argentinean scientists have overcome ‘old’ divisions such as social vs. natural sciences, Buenos Aires – the capital city- vs. the rest of the country, and the disputes between organizations with different political orientations. Scientists first occupied the science ministry building for five days – mainly young researchers were involved, supported by social organizations, unions, senior researchers and other citizens. After that, they lobbied at the congress in order to pass some projects, aiming to safeguard the budget for science. In addition, they organized a fair of science simultaneously in different cities, sharing their research projects and findings with ordinary people. The initiative teamed up with the Mar del Plata group. Mar del Plata is one of the traditional summer holiday places for Argentineans, so scientists moved their campaign to the beaches. Who can be against that? They have also been part of different marches and protests over the last months in Argentina, creating bonds with other movements. Moreover, the group ‘Científicos y Universitarios Autoconvocados’, created their own version of ‘despacito’: despaciencia, which went viral with its chorus: ‘Nobody cares about your PhD’. One of the most recent actions was the performance of a ‘funeral of Argentinean science’, as an attempt to show the consequences of the current policies.

The government had clearly overlooked the fact that, despite their claim that science is a luxury, CONICET is a valued institution for most Argentineans. The government’s response was swift and brutal, however. The Macri government started a campaign to discredit scientists through social media, saying that some (not all) research was useful; but also – and maybe more important for the politically polarized society that Argentina is – pointing  to scientists as ‘kirchnerists’, aligned with the former government, who gained their positions not because of their academic merit but because of their political orientation.

Although the scientific predicament is not the same across the globe, in many countries we are witnessing a new revival of scientists’ interest in politics. Besides organizing as social movements and trying to influence public opinion, some scientists are also becoming politicians: in Argentina, for example, the former president of CONICET, Roberto Salvarezza, is currently running for a chair function at the National Congress.

For us, health policy and systems researchers interested in global health, the link between science and politics is of course nothing new. In fact, one of the main interests in our field is about finding effective ways to translate evidence into policies. But maybe what these examples illustrate is that we probably will need to come closer to the political arena in order to reach our goals. It’s one thing to be a scientist who tries to influence politics. It’s quite a different thing to be a political activist who also happens to do science. What are the gains or losses by crossing these lines or mixing these identities?

About the authors: Sara Ardila-Gómez is a postdoctoral fellow at CONICET and researcher of the Research Institute of the School of Psychology, University of Buenos Aires, Argentina. Currently she is a research intern at the Health Policy Unit, Public Health Department, Institute of Tropical Medicine at Antwerp, Belgium. She is a member of Emerging Voices for Global Health.

Katilyn Wilkins MPH, University of Washington. She is a member of Emerging Voices for Global Health.

Competing interests: Sara is member of the “Red Federal de Afectadxs” or Federal Network of Young Scientists which is affected by the funds shortcut in CONICET, Argentina. Katilyn is a board member for Seattle Indivisible, a local activist group. We have both read and understood the BMJ Group policy on declaration of interests and confirm that we have no other conflicts of interests to declare.