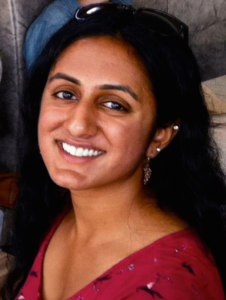 Many experts would argue that trauma is not just a one-time incident; it is a lifelong burden, affecting physical, psychosocial and emotional aspects of health. I have been interested in the subject of gender-based violence since childhood. As a child, I remember accompanying my mother to the domestic violence shelter where she volunteered on weekday evenings. Our conversation on the car ride home was peppered with discussion and questions that have continued to linger with me over the years: why does violence against women occur? How can we prevent it as a society? What is the impact of such violence on women’s physical, mental and emotional health?

As a medical student, I became interested in how such gender-based violence presents to the hospital – how it is identified (or not) by clinical providers, how healthcare professionals and social workers can assist and aid people who come into the hospital as a result of gender-based violence. Women and men who have experienced such violence may be coming into health care settings scared, fearful, and ashamed to share what has happened. As clinicians, I believe it is our duty to identify and support them as much as we can.

We know the majority of traumatic injuries that present to the hospital setting occur among males, in both higher and lower income countries. Differences in mechanisms of injury have also been explored along gender lines – for example, men are usually more likely to be injured in motor vehicle collisions than women. But what are the gender differences in outcomes for non-accidental trauma, such as assault and violence? Little has been explored in this area, largely due to lack of data, especially in lower–middle income countries. Comparing different countries can help shed light on the various ways in which women are being injured in different settings to help guide policies and practices.  For example, violent injuries against women via burns are more common in southeast Asia than other parts of the world. We were interested in knowing whether people fare differently based on their gender and how severely they were injured depending on the country in which they lived – for example, comparing the United States and India.

There is a large need for hospital-based assessment and resource provision in hospitals that take care of patients who are victims of gender-based violence. I have been involved in a study which seeks to fill this knowledge gap. Though not entirely conclusive, it is the first of its kind to show an association between gender and post-trauma outcomes based on intentionality of the injury – i.e. whether someone incurred an accidental or intentional (assault) injury. Most trauma data systems do not collect information on intentionality, but this is a crucial piece of data to add to the socio-demographic profile of a trauma patient.

About the author: Mohini Dasari is a first-year general surgery resident at the University of Washington in Seattle, Washington, USA. She spent one year during medical school studying clinical outcomes in trauma in India and the United States, as well as electronic trauma registry implementation in Latin America. Her interests lie in the intersection of gender-based violence, trauma care and global public health.

The impact of institutional delivery on neonatal and maternal health outcomes: evidence from a road upgrade programme in India