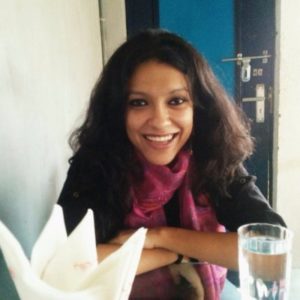 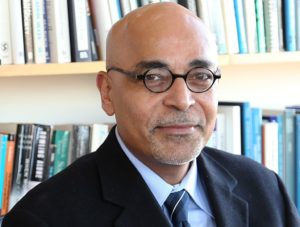 The single biggest problem in communication, as the erudite George Bernard Shaw worried, is the illusion that it has taken place. While this applies profoundly in many areas of public health, the open defecation challenge in India lends itself as a particularly telling illustration.

Over the past three decades, successive governments have tried to get an estimated half of the rural population and at least 10% of the urban population of the country to start using toilets [1]. India contributes 90% and 60% of open defecators in South Asia and the world, respectively [1].

And yet, about two decades since neighbouring Bangladesh introduced toilet use as the preferred choice of outcome for initiating behaviour change [2], India continues to build toilets in a frenzied state, as the 2019 target set by Prime Minister Narendra Modi to make India ‘open defecation-free’ fast approaches. Interestingly, while the latest annual progress report of the Swachha Bharat (Clean India) campaign, mentions behaviour change an impressive three times, the criterion to evaluate ODF status continues to be ‘physical and financial coverage’ of toilets [3]. Creating sound infrastructure, and ensuring availability and accessibility of clean toilets is crucial, yet the current challenge is concentrated on getting past the next hurdle  – ensuring the use of these toilets – and addressing the complex problem of human behaviour.

This is not to suggest that governments have been oblivious to the need to communicate to open defecators. For example, the Darwaza band (close the door) campaign showcases celebrity star endorsers chasing errant squatters into toilets, before the entire village. The Swachhagiri and the nigrani samiti campaigns in Uttar Pradesh and Madhya Pradesh use similar community monitoring mechanisms to call out open defecators: garlanding them, announcing their names before the village and the like [5,6]. Haryana used the Swachhata doot campaign, where women community volunteers were given whistles to blow at people defecating in the open [7]. Shame seems to be the theme here to coerce open defecators to become willing toilet users. A particularly extreme example, perhaps, was a recent effort in Jharkhand, which has the poorest toilet coverage in the country at 18.8% [8]. Police officials were walking in on open defecators, fining them and taking away their lungi [9].

Fear appeals against gender based violence seems to be another common theme to promote toilet use [10]. Maryada – the title of a campaign in Madhya Pradesh – translates into ‘honour’ [11]. When two sisters were found hanged and allegedly raped after going out to defecate in the open in the north Indian state of Uttar Pradesh in 2014 in a very public spectacle, this theme came up again. The state’s campaign, in wall paintings calls on people to not let ‘daughters and daughters-in-law to go far from home’. States like Bengal with better sanitation outcomes has used communication strategies to make toilet use a competition between gram panchayats, and identify houses with toilets by colouring their walls pink [12].

These communication strategies are presumably grounded in the Community Led Total Sanitation (CLTS) approach as a theory of sustained behaviour change [13,14]. Under CLTS, communities are ‘empowered’ to take ownership of open defecation campaigns [13]. CLTS uses four steps: pre-triggering, to identify the community; triggering, where the community monitoring occurs; post-triggering for follow up; and a long term post-ODF follow-up ‘to address issues related to the sustainability of CLTS interventions’ [13].

While experimenting with different communication strategies is great, many (not all) of these efforts seem to ignore decades of scientific research about behaviour change. We now know individual behaviour change is a product of multi-level sources of influence [15]. It is influenced by immediate social networks – family, friends, co-workers and prevalent norms – on the one hand, and the communities and neighbourhoods in which people live, shop, work and love, on the other. It is social and material conditions that influence access to resources. It is the policies of local and national governments that offer both incentives and penalties to engage in a behaviour.

And, then there is the rich body of communication science that helps understand how to communicate effectively. For example, shaming or fear are only two types of message appeals that are a part of larger arsenal of message approaches available to us [16]. For example, even in CLTS, positive framing has been shown to be more effective [16]. We also know different appeals work for different audiences – women, adults, youth, and urban versus rural populations. An unformed strategy could often end up being counter-productive.

In short, a condign approach of penalising someone for not using a toilet is tempting and may provide short-term satisfaction that actions are being taken. But it is precisely that – short-term [15,16]. Evidence from public health communication makes it abundantly clear that messages informed by social conditions under which behaviour change takes place is more likely to be effective and sustainable over the long term [17,18]. We also know class influences how people access, process and use information and unless this is considered, most communications will perpetuate the gap between the haves and have-nots [17,18]. Whether it is the initiation of a new behaviour or the maintenance of one, there is a need to target different communication strategies at different times for different groups [15–17].

It is time for the science of communication and behaviour change to be considered an integral part of addressing open defecation, rather than a mere embellishment to infrastructure building. Social and behaviour change is a science that should be based on evidence and warrants close monitoring and evaluation, to adjudge its impact and course correct periodically. To this end, the slashing of the Information, Education and Communication (IEC) budget under India’s sanitation programme is worrying [19].

Finally, it may be worth rethinking communication strategies using violence against women as a trigger. Open defecation is a bigger challenge in rural areas, where the government is simultaneously trying to promote education and employment of women. So disapproving of the illusion of incomplete communication, Bernard Shaw would perhaps have been warier of communication strategies that can potentially contradict and confuse. Incidentally, such confusion and contradiction also reinforces existing behaviours [20].

About the authors: Pritha Chatterjee is a Research Associate in the Department of Social and Behavioral Sciences at the Harvard School of Public Health (HSPH) and the Dana-Farber Cancer Institute (DFCI). She is a health journalist from India. Twitter: @pritha88

5. “Open defecation in India: forcing people to stop is not the solution”, The Guardian. Accessed via: https://www.theguardian.com/global-development-professionals-network/2016/nov/18/open-defecation-india-solution-world-toilet-day

11. “MP lined women’s maryada to toilets but could not find the men to build them”, The Indian Express Acessed via http://indianexpress.com/article/india/india-others/mp-linked-womens-maryada-to-toilets-but-could-not-find-the-men-to-build-them/

19. “Like its predecessors, Modi’s sanitation program is struggling”, Live Mint. Accessed via: http://www.livemint.com/Opinion/b6XOmxNBkTr5MtjvgMoGyH/Like-its-predecessors-Modis-sanitation-programme-is-strugg.html