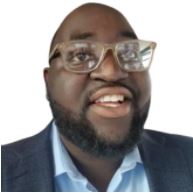 Around the third year of medical school, my peers began to talk about all of the exciting research projects that they were working on: number crunching audits, crafting reviews, ghost writing book chapters, and sending out another feedback survey. The application for the UK foundation programme offers two extra points—out of 100—for research published during medical school. Although this is only small, the expectation that you should be publishing weighs heavily on the minds of medical students.

I’ve seen many students put themselves in undesirable situations as they try to get to grips with the world of academia. Out of nowhere, it suddenly seemed to me that everyone else had started climbing the academic ladder, and I felt left behind. To use that well known phrase, I was in the perish camp of “publish or perish.”

Anecdotally, you hear of students gaming the system, with a quick letter to the editor or publication in an obscure magazine, which is less robust. I’m not judging these individuals as we know that senior academics are under the same pressures. Less than scrupulous practices are driven by the fact that research for undergraduates is moving away from being a tool for professional development, and instead becoming an exercise in improving our list of professional accomplishments. This distortion of academic research and the merit shown in producing a study worthy of peer reviewed publication into points needed for job recruitment has skewed the incentives in the system. This is not a reflection of the choices of the individuals doing it, but the fact that academia and medical recruitment have become an even more competitive environment.

I’m not sure that this early focus on and pressure for medical students to be involved in academia necessarily drives the standard of research itself. Rather than focusing on skill development and producing useful research, medical students will be focused on the fastest way to get published.

Worst case scenario, the risk is that we encourage bad science. As medical student Edward Christopher observed in a previous BMJ Opinion article, there are a number of predatory journals out there, ready to take advantage of people who are in search of that elusive publication, and those cherished points that come with it for their future careers. What we also lose in this process defined by competition is the pursuit of good science and a chance to properly develop good scientists. Our attempt—quite reasonably—to quantify and reward academic output has been twisted, as our sole aim has become the output itself. Medical students should be involved with research if they want to be. But it feels like less and less of an option when it comes to career progression.

Of course, medical school should be an environment focused on developing research skills in statistical analysis, coding, interviewing, and the range of tools the modern clinical scientist/academic uses. Whether you become an academic scientist or not, all doctors need a firm grounding in a broad range of skills that will help them apply research to their clinical practice. Medical curricula try to incorporate general research skills but this is inconsistent and patchy, with many students still feeling unprepared for research.

Even where students are keen to get involved in research, many feel that they cannot access the opportunities that exist. Many medical students lack awareness of how the research process works and how they can be involved in it. Until recently I didn’t know that it was acceptable to just ask one of my consultants if they were working on anything I could contribute to. This lack of awareness can leave students in precarious positions, with unrealistic expectations around publishing and vulnerable to being taken advantage of. For example, I know peers who have been left out of authorship or demoted even when they feel they have significantly contributed to a publication.

Many medical students want to pursue meaningful research, but the opportunities can seem elusive. For those who do land an opportunity, it can be twisted by becoming a box ticking exercise on the way to applying for a job, as opposed to being about developing skills and pushing scientific knowledge. If we want doctors as scholars, we must rethink the competitive nature of research. We will produce better research and better doctors if we can uncouple the publishing from the perishing.

Tinaye Mapako is a final year student doctor at the University of Liverpool. He is a writer and podcaster on issues relating to healthcare and social justice. He is co-chair of the Medical Students Council at the British Medical Association. Twitter: @Tinaye_M