Have you ever used a pseudonym? There are many reasons for doing so.

William Babington MD, FRS (1757–1833); fellow of the Royal College of Physicians. The inscription on his statue in St Paul’s Cathedral reads “Eminently distinguished for science; beloved for the simplicity of his manners, and the benevolence of his heart. Respected for his inflexible integrity, and his pure and unaffected piety. In all the relations of his professional life he was sagacious, candid, diligent, and humane, firm in purpose, gentle in execution; justly confident in his own judgment, yet generously open to the opinion of others; liberal and indulgent to his brethren but ever mindful of his duty to the public.”

One of his sons, Benjamin Guy, also became a physician at Guy’s and his daughter Martha married Richard Bright 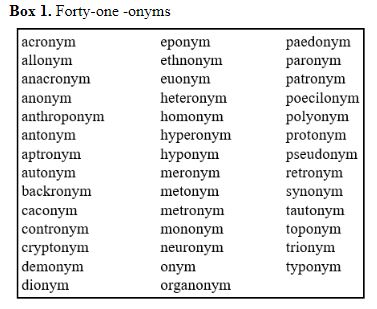 Authors have often used pseudonyms. When female authors were poorly regarded, some published under male pseudonyms; Mary Ann Evans became George Eliot and Anne, Charlotte, and Emily Brontë became Acton, Currer, and Ellis Bell. Some men have published using female pseudonyms; Charles Hamilton, one of the most prolific authors of all time, best known as Frank Richards, the author of stories about Billy Bunter of Greyfriars School, used other names for stories about other schools; and when writing about Billy’s sister, Bessie, he became Hilda Richards. If you want to sell and your output is prodigious, it is wise to choose pseudonyms; John Creasey, whose output ran to over 600 novels, published them under his own name and 28 pseudonyms, including Anthony Morton and J J Marric. Charles Lutwidge Dodgson became Lewis Carroll to distinguish his literary and mathematical work.

Those who enter religious orders change their names to signify spiritual rebirth. Popes originally took on assumed names because their own were regarded as pagan.

Crossword compilers have traditionally used pseudonyms, either based on their own names or to signify some aspect of their craft. When Edward Powys Mather, a scholar of Persian literature, started publishing his torturous puzzles in The Observer newspaper, he chose the name of one the Spanish inquisitors, Torquemada. His successor, Derrick MacNutt, a schoolmaster, chose another, Ximenes, and his successor, Jonathan Crowther, chose a third, Deza, but reversed it—Azed. Eric Chalkley, an admirer of Ximenes (known as “X”), called himself Apex. Colin Dexter called himself Codex and insisted that compilers’ pseudonyms should always include the letter X. My pseudonym for puzzles in the Times Literary Supplement is the name of an ancient Greek sculptor, and it contains an X and the letters TLS.

A recent phenomenon in the world of pseudonyms is their use to hide identities in social media. Such names may turn out to be noms de guerre rather than merely noms de plume. They can make contributors feel safe in penning pejorative comments, encouraging trolls. Conversely, it has been claimed that pseudonymity encourages activity and results in a better class of comments. However, even only a relatively small amount of unpleasantness generated by pseudonymity, would, in my view, strongly argue against its use, even if on the whole it was beneficial for social media. There are problems, however. While most such pseudonyms are obviously pseudonymous, one could, presumably, call oneself, say, “John Smith” and create an impenetrable false identity behind which to hide.

I am happy to engage with correspondents who write to me about things I have written, but not if they do so pseudonymously. If you want a discussion, tell me who you are.