The BMA is offering a £4000 prize for the BMA Presidential essay competition. Raanan Gillon explains the rationale behind the prize 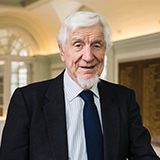 In 2017 the World Medical Association (WMA) added a commitment to respect patients’ autonomy to its contemporary version of the Hippocratic Oath known as the Declaration of Geneva. Important as that addition is, it is widely perceived (though in my own view mistakenly) as being too much focused on individual patients and not enough on communities, groups, and populations. In my view, a simple addition to the declaration, and to the companion document the International Code of Medical Ethics (ICOME), such as “I shall strive to practise fairly and justly throughout my professional life,” would provide a balancing concern for fairness and justice.

It would also add explicitly to the contemporary version of the Hippocratic Oath—what the WMA now calls “the doctor’s pledge”—the fourth of four prima facie moral commitments that are increasingly widely accepted by doctors internationally. Two of those principles—benefiting our patients (beneficence) and doing so with as little harm as possible (non-maleficence) have been an integral part of medical ethics since the time of Hippocrates. Only relatively recently have the other two principles—respect for autonomy and justice—come to be recognised and accepted as additional fundamental commitments in medical ethics . Now that the WMA has included respect for autonomy in the Declaration of Geneva it should add the “balancing” principle of fairness and justice.

In my role as BMA President, I was invited to suggest a “Presidential Project” that the BMA can support.The BMA accepted as the first part of my own project that it should propose that the WMA should indeed add such a “balancing” commitment. The Declaration of Geneva is not due to be revised for several years, however as a result of the BMA’s proposal a commitment to fairness and justice is now in a draft version of the ICOME.

It seems likely that most doctors would agree that we should try to be fair and just in our professional life. It’s hardly ethical rocket science. But there’s considerably less agreement about what is actually meant by fairness and justice in medical ethics and about how it can and should be implemented in medical practice and policy. Equality is clearly a fundamental component of fairness/justice but equally clearly—as Aristotle pointed out two and a half thousand years ago—equality and fairness/justice are not the same concepts.

To help elucidate these issues the BMA has supported two further components of my Presidential Project. It has created the one-off essay prize and it is organising a conference on 12 June. The essay prize asks competitors to explain what they mean by fairness/justice (on the assumption these two words mean the same thing although essay writers are welcome to dispute that assumption) and to show how that explanation can have beneficial practical implications for dealing with a problem or problems encountered in medical practice and or policy. The competition is in two parts; applicants are first invited to submit an up to 500 word abstract of what they would write in a full essay. The deadline for abstracts is 30th January. Writers of the ten best abstracts, as chosen by a panel of judges, will be invited to submit full essays of up to 5000 words before 30 April and will each be awarded a prize of £100 (provided they do submit a full essay). The best essay will win the £4000 prize.

The conference at BMA House on 12 June will pursue the same theme of fairness and justice in medical practice and policy from a variety of perspectives, including medical law and economics, with speakers addressing real problems that have fairness and justice at their core and offering their perspectives on practical ways of resolving those problems.

I hope that these BMA initiatives will help reduce the gap between, on the one hand, our widespread acceptance that fairness, justice, “equal treatment” and “treating people as equals” are important components of medical practice and policy, and on the other hand, the difficulty we all have in explaining just what we mean by those terms.

Find out more about the competition and how to enter.