A fossil fuel based society is harming us where it hurts the most—our health, says Maria Neira 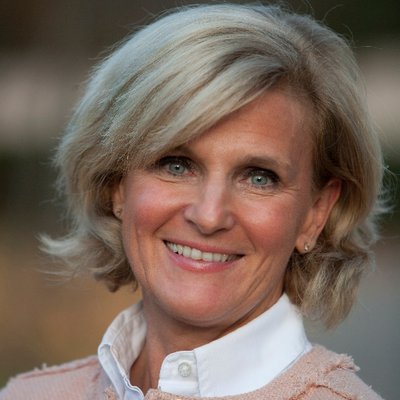 As health professionals, we have seven million reasons to be outraged. Seven million lives that are prematurely ended every year by a cause for which the solutions are well known. We call it “the new tobacco”, as it now has a similar global death toll: it is air pollution.

To different degrees, air pollution affects everyone, everywhere, and brings a terrible price tag. It is a global health threat that is emphasised by the consequences of our failure to address climate change.

That is because the same emissions that cause global warming are also largely responsible for the air pollution we all breathe in, causing heart disease, stroke, and lung cancer—affecting every single organ in our bodies.

The true costs of fossil-fuel based economies are felt in our bodies and in our hospitals. The health impacts of air pollution cost OECD economies on average 4% of their GDP annually, and close to 10% for some countries in Asia. It is time for governments to take responsibility, and to be held accountable when they fail to act quickly enough to save lives, despite knowing the health burden of polluting energy sources.

The Climate Action Summit at the United Nations General Assembly on the 23rd September 2019 provides governments with an opportunity to take up that responsibility. Recognising that climate change is a health issue, the summit invited world leaders to make concrete commitments with tangible impacts on climate mitigation and adaptation, in order to secure the human right to health and wellbeing of their citizens.

The World Health Organization and its partners have put forward two health commitments for the Climate Action Summit: first a commitment by governments to achieving air quality that is safe for their citizens, and to align their climate change and air pollution policies, by 2030 at the latest. Second, a commitment by financial actors to significantly scale up their investment in proven interventions for climate resilient health systems, and in air quality monitoring and policy implementation.

These policy makers and clean air advocates must now make swift and resolute decisions with people’s health in mind, such as reducing traffic in cities, investing in measures to encourage cycling and public transport, investing in renewable energy, reducing emissions from industry and agriculture, and promoting cleaner energy and technologies for cooking, heating, refrigeration, and transportation. We know these smart actions will cut emissions, save lives, and improve air quality in line with the WHO Air Quality Guidelines which are currently not being met in the majority of cities and also in many rural areas.

Governments negligent in making these necessary changes increasingly see themselves end up in court cases that legally compel them to put the health of their citizens before corporate profit. The human right to a healthy life and to a sustainable future is increasingly being legally enforced, and governments are being held accountable when waiving these rights.

For many years, it has been my personal dream to see our universal human right to clean air recognised in the form of a new international convention to combat air pollution, with global reach. The legal battles on air pollution currently taking place in many countries are making inroads in turning such a convention into a reality. The last time WHO was confronted with a public health threat of this scale, namely the health burden caused by tobacco products, we established a legally binding convention on tobacco control, which has registered important successes in stemming the tide of harmful cigarettes.

As health professionals, we have a unique role to play in this. Having a highly trusted voice in society, it is our duty to speak up whenever public health is in danger. We did so against tobacco, and we must once more against air pollution. Health professionals should be advocates for clean energy. We have seven million reasons to speak up.

Maria Neira is director of the Department of Public Health, Environmental and Social Determinants of Health at the World Health Organization.
Twitter: @DrMariaNeira
Competing interests: None declared