Self-admission to hospital by patients with mental health disorders is possible in some countries and Norwegian authors were among the first to conduct a systematic review to evaluate its impact. [1] This showed it was associated with a decrease in the number of involuntary admissions by patients with psychosis, and a similar trend for days spent as inpatients or in involuntary care. [1]

Maria Smitmanis Lyle (Project coordinator), Åsa Steinsaphir (User involvement coordinator) and Alexander Rozental (Post doctoral researcher, clinical psychologist) describe how they set up a system in Stockholm where patients with psychosis are offered a contract to sign which assures them of the right to self-admission. 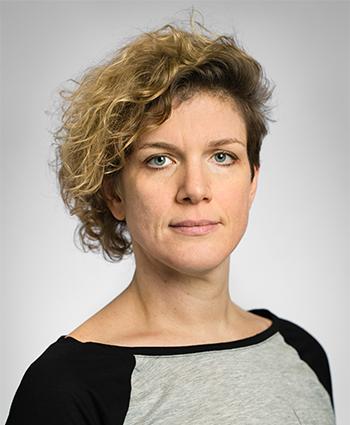 Seventeen years ago I believed everyone had given up on me, including myself. I’d been institutionalized for more than six years straight. I had been moved in and out of institutions and inpatient wards, highly medicated, and “tagged” with a complex combination of psychiatric diagnoses. I was 23 years old and was told I needed institutional care for the rest of my life. And I believed that.

But things turned out differently. I took my bachelor’s degree in social work almost ten years ago and have been working full time since then, and not being a patient. There were many different things that led to this change. One was a physician who offered to admit me to hospital whenever I felt like I needed it, no questions asked. Back then this was against routine policy which dictated that all patients must pass through the emergency unit before being admitted.

The deal I was given worked out really well for me. I could focus on how to deal with my health and learn about that, rather than putting my energy into dealing with the healthcare system. And by admitting myself, I could use inpatient care more efficiently. I could admit myself for a short period to stop things from escalating, rather than having to wait for the crisis to get worse, and ending up being admitted to hospital, against my will, for a longer period. It enabled me to let go of a position of either clinging on or trying to get away.

Removing the power inequality from the process of admission meant that I didn’t have to worry about things like that. Being in charge of both the admission and being free to leave made me feel safe and sufficiently confident to challenge myself more.

Back then the offer I had was made informally. In this project, I have been happy to be a part of a team working with making self-admission a formal procedure, evaluating its impact and helping make it safer and more available.

How the project started

The mental health care services in Stockholm County Council have a consultant board which includes representatives from about 10-12 different user organisations. In 2013, a group from these organisations drew the council’s attention to the Norwegian model of patient controlled admissions. After conducting a few pilot studies the Centre for Psychiatry Research, linked to the Stockholm mental health services, set up a formal study of this form of hospital admission. We started by forming a group of healthcare professionals from the clinics involved, and the user involvement coordinators. These are people who have lived experience of mental health disorders and now work as full or part time staff members with a remit to collect and summarise opinions from patients and contribute to quality improvement initiatives. The Centre for Psychiatry Research also used the board of user organisations as a consultative group for the project.

How and why we started a project on self-controlled admissions

In the model we have adopted, self-admission means that patients with psychosis (ICD-10 diagnosis F20-F29) who regularly use mental inpatient care in Stockholm County Council can be offered a contract to sign which allows them to admit themselves to inpatient care. (Psychosis is not managed by primary care services in Sweden, which is why these services were not included).

The aim is to sign a contract with patients with the greatest need for inpatient care, which often means patients with complex needs who repeatedly return to long periods of inpatient care. Some often end up being sectioned over and over again. Frequently they have unstable social situations. A patient can either ask for a contract if they are aware of this option, or they are offered one by the nurse or psychiatrist who see them at the outpatient clinic and who identify them as members of the target group. If the patient is interested in self-admission, the contract is written between the patient, the nurse at the outpatient clinic and the inpatient ward where the patient is usually admitted to.

The wards included in the project have a bed assigned only for use by patients with contracts. Whenever the patient feels in need of inpatient care he or she contacts a nurse on one of these wards by phone. (We don’t have e-communication options at present). The nurse checks if the patient has a contract, via our electronic health records system. As long as the bed for self-admission is free then the patient is admitted directly. If the bed is taken by another patient with a contract they are put on the waiting list for this bed, or if they prefer given the option to seek care the usual way.

The self-admission model is based on both empowerment and availability. Since our psychiatric wards are nearly always full we have to try and ensure that the dedicated bed for patients with contracts is as available as possible. It would be unacceptable to “kick out” a patient abruptly because another patient needed it. The whole point of this model of care is to create the feeling of empowerment, safety, and availability. To reserve a bed like this is controversial. Sometimes the bed will be empty and you can’t put another patient there, since it must be available for contract patients. But we’ve never denied a non-contract patient inpatient care due to the beds assigned for self-admission. Patients with contracts are well known to these wards, and they already use a lot of inpatient care there. When they sign contracts, the hypothesis is that their use of inpatient care will decrease, which will leave more beds available. This is why it’s crucial to sign contracts with the ones with the greatest needs.

A balance has to be struck between keeping a bed available for patients to self-admit themselves to without the bed standing empty for long periods. How many contracts you can sign on one bed shifts between different wards and over time, but we often end up with around 20-50 patients on contracts using each bed. And you can regulate this: if the bed starts to stand empty you can sign more contracts. If the bed is very busy you have to pause signing new contracts until it eases up again. This is a learning process for the ward, and the patients, which underlines the importance of support during the implementation of such a project.

We have found that quite often patients call just to see if the bed is available, but are not actually wanting to use it. They say that just knowing the bed is available in case they need it makes them feel safe enough to try a bit longer at home, or they may end up not needing inpatient care at all. In some way, you can say that the bed is helpful even when it’s empty. Once again this underlines and stresses the importance of the “contract” bed being available.

It took a while for us to embed the new way of working, but once the staff were familiar with it, it didn’t cause problems. It was important to ensure that everyone on the medical team got timely information and support for self-admission goes against what most healthcare professionals have been taught. We started with a few wards, evaluated, adjusted things and then added more wards. Healthcare professionals from the clinics, wards and the user involvement co-ordinators met monthly to discuss and refine the way that the project worked.

What our experience has taught us

Five years on we have learnt some valuable lessons about self-admission and co-designing and co-producing a project with service users.

User involvement coordinators strongly supported an approach where patients were given a chance to sign contracts—not deemed ineligible for one in advance. While we agreed that the contract can be removed if it doesn’t work, this has happened in only a few cases.

One of the things we struggled with the most with was healthcare professionals belief that patients would not be “able to handle” self-admission. The lesson that we learnt is that we underestimate our patients, especially the “really difficult ones”. The user involvement coordinators pushed the method group to keep on track with this. Self-admission can cause ethical problems if the intervention isn’t aimed towards the patients with the greatest needs, so you have to watch out for any criteria or opinion that is used to exclude that group from the intervention.

Healthcare professionals were also concerned that self-admission would lead to patients moving into the wards and never wanting to leave; but this fear has not been realised. Patients don’t admit themselves just for the sake of it. If they start using self-admission in an extensive way, it’s a sign of a serious underlying problem that needs to be addressed. Sometimes, it’s simply a real need for more inpatient care due to a crisis. At other times extensive use of self-admission has triggered awareness of the need for more support at home, or improving existing support which isn’t working as planned.

The positive experience from this initiative has led us to work on setting up a generic model for self-admission for all diagnoses in mental healthcare. For this, and with all future projects, we are committed to advancing the understanding and science of self-admission and ensuring that patients with the greatest needs are not excluded. We are also committed to building the evidence base for self-admission.

Åsa Steinsaphir works as a user involvement coordinator (UIC) at North Stockholm Psychiatry, which is a part of Stockholm County Council healthcare services. A mandatory competence as a UIC is patient experience, for Åsa this competence consist of patient experience from eight years as an inpatient in the mental health care system. She has initiated and led several quality improvement works in the mental health care in Stockholm, based on patient empowerment and co-production. She is regularly asked for as a speaker concerning how to bring out and use the patient perspective and methods for co-production within a healthcare organization. She is also a Social worker.
Competing interests: None declared 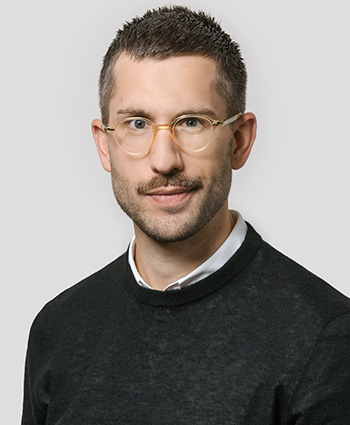 Alexander Rozental is a Licensed Psychologist and researcher at the Centre for Psychiatry Research at Karolinska Institutet. His research includes clinical trials, systematic reviews and meta-analyses, psychometrics, and qualitative studies in relation to such subjects as depression, anxiety disorders, transdiagnostics, and Internet-based psychological treatments. He is also an Honorary Associate Professor at the Great Ormond Street Hospital Institute of Child Health at UCL.
Competing interests: None declared