Grief and loss, displacement, and loneliness can manifest in all kinds of ways, says Sheila Hayman 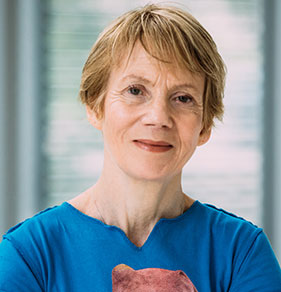 To most people, torture is something out of the movies—violence in a prison cell, waterboarding at Guantanamo. It’s something that’s done to a person’s body and the scars are physical, the kind that visibly heal. But if you ask a survivor of torture, they’ll almost always tell you that the true purpose of torture is to destroy the psyche—to make you feel like you don’t exist, or if you do, you’re worthless.

Freedom from Torture’s approach has always been based on the principle that our support will only succeed in rehabilitating our clients if it is holistic and integrated. Nobody is going to respond to therapy if they don’t know if they’ll be living rough next week, where their children are, or why their benefits have suddenly been stopped. This is why we offer welfare and legal support to all our clients.

Our aim of holistic care is also why, in addition to one to one psychological therapy, we offer therapeutic groups centred around activities such as gardening, baking, or art. We use these groups as a way to get those who can’t speak English well, or may be too traumatised to speak much at all, back into a place where they can trust others—at least enough to sit in a room with them. I also run a writing group, for people with enough English to contribute to a conversation, and enough confidence to sit with others every two weeks and learn a new form of self-expression.

One week, we asked the group to write about visiting their GP. Their responses reveal the particular difficulties that survivors of torture have in engaging with the health service, beyond the problems of language and cultural displacement which all refugees battle with.

Given what they have been through, and given that they are approaching the reception desk to speak to a busy and overworked person, in their fourth or fifth language, even getting an appointment can be seen as a remarkable achievement. But that’s just the beginning.

Many modern practices these days are big, with as many as two dozen doctors, all working complex shifts, many part time. Clearly, there are good reasons for all of this: these setups make it possible for more services to be offered on site and surgeries to open earlier and later. Yet for somebody whose trust in others has been destroyed, seeing a different doctor every time they book an appointment can make the system impossible to access, and a terrible ordeal when they do find themselves in front of another strange face.

Even if they can overcome the fear of speaking to a stranger and stumbling through the outline of their story anew, they then have to answer the question: where does it hurt?

It sounds obvious: it ought to be simple. But grief and loss, displacement, and loneliness can manifest in all kinds of ways. They can produce very real physical symptoms that don’t respond to any painkiller, or that come and go apparently without logic. One  group member wrote about going to her GP with chest pains that she was terrified meant heart problems. The first GP she saw sent her for X-rays, and she spent two anxious weeks waiting for the result. But those results were delivered by a different GP, who took one look at her and said: “There’s nothing wrong with your heart!” Years of fear had given my client a habit of sitting as low in her chair as she could. All she needed was some help, with yoga and physiotherapy, to sit and stand tall and breathe deeply. She never looked back .

Or a treatment can be prescribed, in all innocence, that ends up being worse than the disease. A client from Zimbabwe reached a point of exhaustion where she could barely function. The GP asked her about sleep, and as soon as she said she barely slept, her doctor wrote out a prescription for sleeping pills. She never got a chance to explain why she couldn’t—indeed, didn’t want to—sleep, and two weeks later she returned the pills to the doctor, unopened. It’s hard for most of us to imagine what it’s like to be tired to the bone, and yet dread sleep because of the horrors visited on you in dreams. The doctor, trying to keep to an impossible schedule, had no time to sit and listen to what was really wrong.

But the shortest piece of writing about GPs came from another Iranian client, a highly educated woman for whom almost the worst aspect of her situation was the humiliation it visited on her. For her, the most important thing was also the simplest. “One day, I went to the doctor, and for the first time, somebody looked me in the eye. For the first time, they held my gaze, and smiled. And I knew then that I’d be heard.” It’s listening, and attention, in the end, that delivers the final element of this holistic rehabilitation.

Sheila Hayman is a BAFTA winning documentary filmmaker and former Young Journalist of the Year. For the past 15 years she has coordinated Freedom from Torture’s “Write to Life'” group, the UK’s only long running creative writing group for survivors of torture.