Ideally, when studying the effects of an intervention one wants to measure the final outcome or outcomes. For example, the real endpoints of treating hypertension are the incidences of its long-term complications, such as heart attacks and heart failure, strokes, and renal impairment. However, it is easier and quicker to measure the blood pressure as a surrogate.

Following my exploration of biomarkers, their uses, their advantages and disadvantages, the few that predict adverse drug reactions, and classifications, I asked whether we should measure more than one outcome in a trial. What about composite outcomes?

The word “composite” has composite origins. It starts with the IndoEuropean root APO, whose verbal meanings are to reach or extend, giving the adverbs off or away. The Greek adverbial derivative ἀπό was highly versatile, with meanings related to place, time, or cause. It primarily meant away from or far from a place, but also alien from (e.g. one’s heart), off from (referring to something that had been put on), derived from, instead of, after (a specified time), sprung from, made from (e.g. some material), or by the agency of.

Several of these meanings are reflected in English words that begin apo-; the Oxford English Dictionary lists about 100 primary forms. They include, to pick just the (often obsolete) medical ones: apocathartic; apoclasm (the breaking off of any part of the body); apocrine; apocristic (an astringent medicine); apodacrytic (stimulating tear production); apoenzyme; apolepsy (defined in Phillips’s New World of Words, 1706, as “a Stoppage in the Course of the Blood or Animal Spirits”); apomel (a medicine prepared with honey and vinegar); apomorphine; aponeurosis; apophlegmatism (the action of purging phlegm from the head or a medicine that does so); apophysis; apoplexy; apoptosis; aporrhoea (which Sir Thomas Browne, in Pseudodoxia Epidemica, 1646, described as “emanations from bodies”); apositic (tending to reduce the appetite); aposteme or apostume (a deep-seated abscess); apotemnophilia (a morbid desire to amputate a healthy part of one’s body, e.g. a limb; also erotic attraction to amputees); apothecary; apotherapy (a nonce word that appears only in Gargantua and Pantagruel by Rabelais), translated from “apotherapie” by Thomas Urquhart and meaning “a [method of] making the body healthful by exercise”); apothesis (the setting of a fractured or dislocated limb); and apozem (a pharmaceutical decoction or infusion). 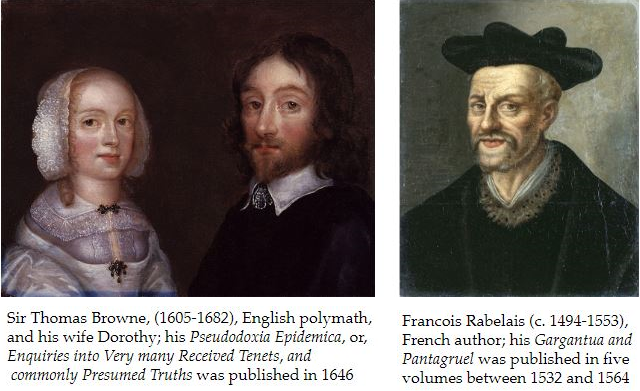 Surprisingly, the dictionary does not list “apolipoprotein”, which dates at least from 1965, or, in an earlier form, apoprotein, from 1959. It also pays no attention to a range of other medical words, from apocamnosis (intense and easily induced fatigue) and apocarteresis (suicide by persistent refusal of food) to apozymase (a zymase apoenzyme).

The Latin equivalent of apo- was ab-, which forms hundreds of words listed in the OED, from abacinate (to blind by placing red-hot irons or reflective metal plates in front of the eyes) to abzyme (a catalytic antibody).

Next consider the IndoEuropean root SEI, to leave, delay, or settle down, which gives only two Latin words, sinere, to leave alone or allow, and silēre, to be silent. Add apo- to sinere, giving aposinere. Now shorten it to ponere, a Latin verb meaning to place, lay down, plant, expend, apply, bring to bear, ordain, and depict, among several other related meanings. The past participle of ponere, positum, gives us pose and position, and by the addition of almost any prefix you can think of, sometimes more than one, English is enriched by a wide range of useful words: antipose, appose (prefix ab, away from), circumpose, contrapose and counterpose, depose, dispose, expose, extrapose, impose, indispose, interpose, juxtapose, oppose (prefix ob, towards), overexpose, postpose, predispose, prepose, presuppose, propose, purpose, repose, subimpose, superpose, suppose (prefix sub, under), sympose, transpose, and of course compose (prefix cum, with). Most of these have further derivatives, such as exposition and repository. By adding other prefixes, compose also gives decompose, discompose, forecompose, photocompose, precompose, and recompose. And by inflection we get composable, composer, composition, compositor, composure, and, of course, composite.