It is time to end this hypocrisy, says Niamh Eastwood

“If any of us lapse sometimes from standards we uphold, that is human, the thing to do is not necessarily to say the standards should be lowered, it should be to reflect on the lapse, and to seek to do better in the future.” This is what Michael Gove said on the Andrew Marr show recently in respect of his own his cocaine use. He has been accused of hypocrisy after it emerged that he has previously criticised middle class drug use, as secretary of state for education he oversaw a policy to end the careers of teachers who took Class A drugs, and as justice secretary he oversaw a system in which people could face up to seven years in prison for possession.

This hypocrisy is not limited to Gove; all bar one of the remaining candidates have admitted to using controlled drugs. All have expressed regret, some have described their drug use as youthful indiscretion, yet none have suggested we need to reform our drugs laws. The real problem of course is not “standards” or a need for individuals to “reflect on the lapse.” The problem is that drug policy in the UK is an utter failure, and that these admissions simply serve as more evidence of this failed policy and a deep cognitive dissonance exhibited by the people seeking to occupy No 10.

It is hard not to be angry when you look at the ages of those criminalised for possession of a controlled drug for their own personal use. Of the 35,594 people criminalised for this activity in 2018, 41 per cent were under 24 years old. In place of the freedom to “reflect” on their actions, those who are criminalised receive punishment that affects their quality of life, be it employment prospects, educational aspirations, or the ability to travel to other countries. Imagine the injustice of having to disclose at every job interview that you have a criminal record, unlike politicians who seem only to disclose when there is a risk they will be exposed.

These MPs seem to think that our drug laws work—that they deter use—but somehow this deterrence had no effect on them. If they had taken time to research the effectiveness of our drug laws they might simply have referred to the Home Office’s own research: a 2014 report comparing the legal framework of other countries which concluded that there was no evidence that tough law enforcement approaches had any impact on levels of use. In fact, the Home Office has stated that despite spending £1.6 billion a year on law enforcement tackling the illicit drugs trade, it has had little impact on the availability of drugs, and describes the market as “resilient”. These findings are a damning indictment of the failed approach we have to drugs in this country. While the likely “lapse” in judgement of our soon-to-be prime minister did not result in arrest, charge, or prosecution, across the country everyday people are criminalised for the same activities.

Politicians need to engage with  the evidence. Disclosing use of a controlled drug should not bar someone from public office—supporting the continuation of our damaging drug laws should. Across the world countries have ended criminal sanctions for possession of drugs; done well and coupled with investment in harm reduction and treatment, the results will have a positive effect on the health of some of the most vulnerable in society. We only need to look to Portugal, which ended criminal sanctions for personal possession in 2001: drug-related deaths in that country are now 4 per million of the population compared to 74 per million in the UK.

We are facing a public health crisis with people dying at unprecedented rates. The Home Office, and next prime minister, must reflect on the failures of drugs prohibition and seek to do better, starting now, so that the future is brighter than the state-sanctioned stigma, criminalisation and death that the status quo promises. Considering that drug offences are effectively decriminalised for people who benefit from racial and economic privilege, it’s high time to raise “standards” to ensure that the law is equitable—decriminalising possession of controlled drugs for all would be a start. 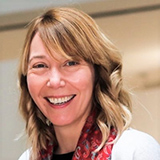 Niamh Eastwood is executive director at Release. Release is the national centre of expertise on drugs and drugs law, providing free and confidential specialist advice and advocates for evidence-based drug policies.