What is the single biggest problem facing the NHS? According to Dido Harding, Chair of NHS Improvement, it’s that “we don’t have enough people wanting to work in it.” The NHS has a shortage of more than 100,000 staff in hospitals, mental health and community providers, including 41,000 nurse vacancies. Without recruiting at least 5,000 nurses from abroad each year, these shortages are likely to increase further. Adult social care faces similar pressures.

Challenges include recruitment and training of new staff, and retention, development and morale of current staff. Recent reports cite further problems with a bullying culture, and insufficient diversity in leadership, with the percentage of non-executives from a black and ethnic minority background nearly halving in the last decade. Little wonder that workforce has taken its place alongside finance and performance as a major policy priority for the NHS.

The new “Interim NHS People Plan” sets out ambitious goals in response. The report remains “interim,” in part because key decisions that affect delivery of the plan are yet to be taken, and lie outside direct NHS control. These include critical issues such as pension reform, investment in training and development, and financial support for student nurses, many of which depend on the Government’s Comprehensive Spending Review, the date for which is unknown, and subject to current political uncertainty. Restrictive migration policies act as a further barrier.

Critics have pointed out that certain areas of the plan lack specificity as a result. But within these constraints, the plan identifies actions that are more within the NHS’s gift, for example on increasing the number of nursing placements, making the NHS a better place to work, and improving leadership.

Given the growing evidence for the interrelationships between culture and quality of care, this emphasis on “improving the leadership culture” of the NHS is particularly welcome. The desired end state is a leadership culture that is more diverse, compassionate and inclusive, where leaders enquire deeply into the realities facing staff, then listen intently to answers, and support action accordingly.

The plan is optimistic on the possibility of swift change, asserting that culture change even in challenged organisations can be “rapid” with “the right leadership.” But in this understandable desire for pace, there are elephant traps, particularly when leaders are operating with one hand tied behind their backs within the policy constraints outlined above.

One is that in suggesting culture change is always possible quickly, the plan risks adding to the problem it seeks to solve—of creating a national-level expectation that the complex and demanding work of organisational change should be swiftly deliverable in all cases, regardless of local starting points. In the gap between these expectations and the reality of the challenge facing some local leaders, it is easy to see how pressure can build, relationships fray, and stress and anxiety become distributed through the system, from regulators, via managerial and clinical leadership lines to frontline staff.

The second trap is in locating culture change as mainly within the gift of the leadership of organisations. Leaders certainly set tone and have a critical role, though it can be falsely comforting to place responsibility for culture with them: pinpointing boards as primarily responsible may psychologically release others from their role in solving the problem. Culture will be shaped by many hands, including through individual clinicians, managers and regulators, and as such change will require participation on a much wider scale than from those in the boardroom alone. This is especially true in an age of “new power,” where experiences and opinions surface from multiple sources, then form and spread rapidly via peers on social media, rather than through official channels.

The third trap is that patterns of behaviour between national bodies and the local NHS have become entrenched. It will take time and visible examples for staff to believe that the NHS is a “psychologically safe” employer, where workers can speak up without fear of recrimination, and where organisations can have genuine dialogue and give constructive feedback to regulators. The scale of this shift can’t be overestimated: evidence from evaluation of national programmes demonstrates that after decades of “targets and terror,” managers and frontline staff instinctively interpret national initiatives, however well-intentioned, as being designed to find fault and assign blame.

The Interim NHS People Plan makes a good start by signalling the right intent on culture change: a new group of national leaders will have to demonstrate clearly, visibly and repeatedly their commitment to these new ways of working to make it a reality. 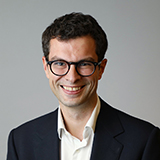 Will Warburton, Director of Improvement, The Health Foundation.