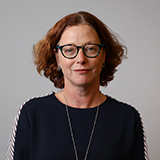 History casts a long shadow and often it’s the choices that seem less important in the moment that have the biggest long-term impact. In 1948, older and disabled people were divided into the “sick,” who were placed in hospitals, and those needing “care and attention” who were placed in residential homes. Hospitals were integrated into the new National Health Service while those providing “care and attention” formed the social care system run by local authorities. Whereas NHS services were free at the point of use, local authorities could levy means-tested charges for residential and community social services. The die was cast.

Fast forward over 70 years and we see that this divide has had profound implications. For all its faults, the NHS has grown and prospered. Since it was established, UK spending on the NHS has increased twelve-fold when you adjust for inflation. In recent years, social care has become the poor relation; while NHS funding in England was protected from austerity, social care funding fell by 4.9% from 2010/11 to 2017/18.

The end of the Second World War not only led to the foundation of the NHS, but also sparked a baby boom. The next decade will see that baby boom generation reach the age at which many will need “care and attention:” the number of people over the age of 65 is projected to grow 24% through the 2020s. Alongside a rapidly ageing population, one of the huge successes of the post-war era is increased longevity for people with disabilities; in the early 1980s, the average lifespan for someone with Down’s syndrome was just 25 years—today it’s 60 years.

The social care system is close to breaking point and reform is long overdue. For more than 30 years, successive governments have recognised the need for reform, but each has prevaricated in the face of the cost and the complexity of the task. Decades of neglect now make the task of reform even harder, but it is possible. Other countries—notably Germany and Japan—have grasped the nettle. Their systems are not perfect, and don’t provide an off the shelf route map for social care in England, but they show that with political will, fundamental reform is possible.

We don’t have to look abroad to see that different choices can be made. Scotland and Wales both spend much more on social care than England and the gap has been widening. In 2010/11, adult social care spending in England was £345 per person, a third lower than in Scotland. In 2016/17, the amount fell to £310 per person and the gap with Scotland has widened to 43%. Part of the reason for the different spending is different entitlement regimes; in Scotland people are entitled to free personal care.

Effective reform in England will need to address growing unmet need. Local council budgets have fallen by a fifth since 2009/10 as central government grants have been cut sharply. As a result, councils are struggling to match rising demand. Over the next five years, local government income from local taxes (council tax and business rates) is projected to grow by 1.4% a year but the financial pressures of caring for an ageing population and people with disabilities will rise by at least 3.6%.

This is before considering the quality of care people receive of which staffing is a key determinant. The social care workforce is under enormous strain; pay rates are much lower than equivalent roles in the NHS, terms and conditions are often poor—1 in 5 social care staff are on a zero hours contract—and turnover is high and rising.  A third of nurses working in social care are estimated to have left their role in the last year. Keeping up with need and ensuring better pay and terms and conditions for social care staff would require central government to find an extra £4.4bn in 2023/24.

Then there is the vexed issue of the balance between the individual and the state, the major fault line entrenched by the decisions taken in 1948 which led health care to be free at the point of use but social care means-tested. Beveridge’s original vision for the welfare state started from the premise that “Social security must be achieved by co-operation between the State and the individual.” In social care over the last decade, the state has pulled back and too many individuals and their families have been left to cope alone.

Andrew Dilnot mapped out a plan to cap care costs for older people. Parliament agreed and legislated in 2014 but implementation was then postponed indefinitely. Introducing a care cap would add a further £2.8bn to the cost of social care in 2023/24—a lot, but much less than it would cost to introduce free personal care along the lines of the Scottish system. Reform is not easy—it wasn’t in 1948 and it certainly isn’t today—but the time has come to ensure the last pillar of the welfare state lives up to Beveridge’s vision by providing a social care system that is as much a source of national pride as the NHS.

Anita Charlesworth, Director of Research and Economics for the Health Foundation