“Philosophy,” said the twentieth-century philosopher, Ludwig Wittgenstein, “is not a theory, but an activity.” [1] When working through big questions, we shouldn’t expect to find big answers, but to learn and refine a method for better reasoning.

Analogous points are now being made about information technology: data, some people argue, are not an asset, but a form of work. [2,3] Every day, every hour, the public creates enormous amounts of information that are used by companies to generate revenue in multiple ways. The public, in turn, sees the benefits of convenience from use of its data; in healthcare, for example, efficient use of data can improve diagnostics and help to personalise treatments. [4]

The “data as labour” movement, however, contends that these forms of work—where people contribute to the data used for generating revenue—are not met with adequate compensation. The current implicit “social contract” of data use, according to Ibarra et al., is that users receive free services for free data; the data as labour movement, meanwhile, contends that there ought to be a “fair and vibrant market for data labor.” [2]

This distinction is more than philosophical or economic jargon. California, the social epicentre of the data as labour movement, recently passed legislation requiring firms that monetise user data to pay “data dividends” to those users for use of their data. Redefining the way data are defined—and how the social contracts of data use are set—can create a very different economic reality for firms handling data—and for the people from whom the data flow.

The National Health Service (NHS) may have a great deal to learn from this forward-thinking model. The topic of monetising, or at least making gains from, the NHS’s numerous datasets has been of widespread political and public interest for the past several years, though no consensus about how to maximise the monetary and technological benefits has been reached. Last autumn, for example, a House of Lords debate on the topic saw a number of ideas floated, including a “Sovereign Health Fund” similar to Norway’s oil-based fund, which at its peak was worth more than $1 trillion. [5] The fund is, furthermore, able to be accessed only for public benefits.

If the NHS, like California, begins to look at data as labour rather than as capital, the government may be justified in requiring firms capitalising on health data to pay dividends for their use. This notion, at first glance, may appear complicated: it is unclear, for example, whether the “labour” is that of the patient about whom the data refers, or that of the NHS, whose employees physically enter the data into the electronic record, store them, and pay for their protection. If dividends must be paid, how much should they be, and to whom should they go?

The first of these two questions may be easier to define insofar as data are deemed a form of work. It’s been estimated that NHS data is worth up to £10 billion; dividends from industry organisations who access NHS data would, ideally, compensate for a percentage of these working costs. [6]

Given, furthermore, that with both Big Tech in California and the NHS in England, the public are the sources of the information being used, they ought to, in both cases, be the beneficiaries. Yet unlike with firms like Google, Facebook, Amazon, and so forth, the NHS, by design, functions primarily to keep people healthy. Dividends paid to the NHS by industry bodies, then, may indirectly benefit the people the NHS serves—but only if the funds received are allocated properly.

Here is where the concept of a sovereign health fund may be helpful. If all dividends, which are calculated based on the labour associated with data creation and storage, are funnelled into a fund with similar restrictions to those of Norway, it would be possible to ensure that the public were the beneficiaries of how their data are used. “Data as labour” may help to define what the value of data is—and how that value can best be realised.

California’s legislation effectively shows how a seemingly trivial lexicographical distinction can help to answer difficult ethical and economic questions in the twenty-first century. Much as philosophy is an activity, rather than a theory, data should be treated as a form of work, rather than an asset—and promises the added bonus of never having to hear someone call data “the new oil” again. 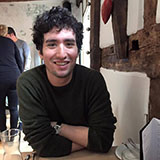 Jonathan R. Goodman is a doctoral student at the University of Cambridge. He is interested in the ethical implications of emerging technologies.