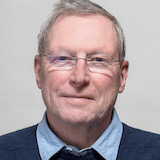 Hashimoto’s disease is a chronic autoimmune thyroiditis characterised biochemically by elevated levels of anti-thyroid peroxidase antibody and pro-inflammatory cytokines. It often leads to hypothyroidism, but, despite adequate hormone replacement, many patients complain of persistent symptoms including fatigue, poor sleep, and muscle and joint pain. A trial in 150 patients with such symptoms suggests that total surgical thyroidectomy is helpful. Over 18 months of follow-up, scores on quality of life and severity of fatigue improved in the group randomised to surgery to levels close to those found in the general population. There was no improvement in a control group who received medical treatment. However, participants weren’t blinded so it’s impossible to know how much of the difference could be attributed to a placebo effect of surgery. Four patients of the 73 who received surgery suffered unilateral recurrent laryngeal nerve palsy, and three became persistently hypocalcaemic.

One way to manage peanut allergy is to avoid ingesting peanuts. But that’s easier said than done, especially for children. Attempts to desensitise allergic children with repeated small doses of peanut extract given orally or sublingually have had some success, but only a minority achieve sustained unresponsiveness, and drop outs because of adverse effects are common. A potentially safer and more convenient approach is to use skin patches containing peanut protein. A trial randomised 356 children either to a daily patch containing 250 μg peanut protein or to placebo. After a year’s treatment, 35% of children who received the peanut patch were reckoned to have benefited (assessed by lack of reaction to an oral peanut challenge) compared with only 14% in the placebo group. While this was certainly statistically significant, the size of the difference wasn’t large enough to meet the US Food and Drug Administration’s definition of a clinically significant response which is that the lower bound of the 95% confidence interval around the difference between groups should exceed 15%.

It’s hardly possible to browse a newspaper or magazine without coming across an article advising, usually with a wholly unwarranted degree of certainty, on the sort of foods to eat to avoid dementia. In fact, despite numerous observational studies, there’s little in the way of consistent evidence. A report from the Whitehall II cohort, a longitudinal study of 10 000 civil servants that began in the late 1980s, reinforces one’s scepticism. Data from repeated assessments of diet in midlife were combined into a summary diet quality score. During 25 years of follow-up, the incidence rates for dementia were just as high in those deemed to have been eating healthy diets (because they contained high proportions of vegetables, fruits, and fish) as in those eating less healthy diets (because they contained greater proportions of fried food, processed and red meat, pies, chocolate and sweets, high fat dairy products, and refined grains).

Aortic valve replacement
When he was in his late 70s, my father’s symptoms of aortic stenosis became worse. He developed the textbook triad of dyspnoea, angina, and syncope. A thoracic surgeon replaced the aortic valve in a faultless operation, and his cardiovascular system quickly recovered. But, although he lived for another 10 years, my father was never quite the same again. Perhaps some subliminal cerebral ischaemia while he was on bypass was to blame? Or maybe it was the anguish of having to confront his own mortality? Whatever the reason, his psychological recovery fell a long way short of the improvement in his cardiovascular physiology. A case series of nearly 250 elderly patients from a hospital in the US who had surgical or transcatheter aortic valve replacement shows that this story is by no means unusual. A substantial proportion failed to make a good functional recovery despite apparently successful operations.

Prophylactic antibiotics after miscarriage
After spontaneous abortion, surgery is sometimes necessary to remove retained products of conception. Worldwide, this sort of surgery is one of the most common gynaecological operations performed. A trial enrolled 3412 women in Malawi, Pakistan, Tanzania, and Uganda to investigate whether antibiotic prophylaxis before surgery would reduce rates of pelvic infection. Participants were randomly assigned either to a single preoperative dose of oral doxycycline and metronidazole or to identical placebos. Evaluated according to a primary outcome of a diagnosis of pelvic infection within 14 days after surgery (which was pragmatically defined as the presence of two or more of purulent vaginal discharge, pyrexia, uterine tenderness, and leucocytosis, or by the presence of one of these features and a clinically identified need to administer antibiotics), antibiotic prophylaxis failed to show benefit. The risk of pelvic infection was 4.1% in women receiving antibiotics and 5.3% in those receiving placebo (risk ratio 0.77, 95% confidence interval 0.56 to 1.04, P=0.09).

Preventing tuberculosis in people with HIV

Tuberculosis is the leading killer of people with human immunodeficiency virus infection. Preventive therapy is effective, but in many circumstances the WHO’s recommended regimen of isoniazid for 9 months is hard to implement and only a small proportion of those who ought to receive this therapy are actually treated. A randomised open-label trial among more than 3000 patients in Malawi, Pakistan, Tanzania, and Uganda finds that one month’s treatment with a combination of rifapentine and isoniazid is just as effective — judged by an endpoint of a diagnosis of tuberculosis, or death from tuberculosis, or death from an unknown cause during 3 years follow-up.

Deaths in children aged 5-14
Around one million deaths of children aged 5-14 years occur worldwide every year. The causes are often poorly documented, but an analysis of data from India, China, Brazil, and Mexico—countries that are home to 40% of the world’s children in this age group—finds that many of them are preventable or treatable. In India communicable diseases accounted for nearly half the deaths. Transport accidents, drownings, and other injuries were leading causes of death in all countries. Geographical variation was substantial, and improvements are likely to require specific local solutions. However, there are reasons for optimism. With few exceptions, rates of death from all causes have been falling, in both girls and boys in this age group, in all four countries for the past 10 years.

Christopher Martyn is an associate editor, The BMJ.