Health research is one of the most powerful tools for improving lives. But like any tool, its work has to be properly directed 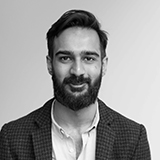 It’s been argued that 85 percent of research spending is wasted, often through research not asking the right questions, or not being optimised for the right people. If we are to reduce that waste, we must better align the needs of society with the work of researchers.

Different populations across the country have different health needs, which arguably aren’t being heard and understood—let alone met—by the research community. Right now, the places where most health research is done also happen to be the places where people have the best health. Do the people undertaking that research therefore have the opportunity to hear from the people who have the worst health outcomes? If they did, would the UK’s “persistent north–south divide in life expectancy and healthy life expectancy” be as bad as it is now? In England, the annual economic cost of these inequalities is somewhere in the region of £55–70 billion.

If research is only designed around researchers’ needs, rather than society’s, these inequalities can’t—and won’t—be remedied. But if we take a more people-centred approach to public engagement in research—making research more focused on what people want, need, and care about—we can start to address these inequalities and waste.

In Austria, the LBG Open Innovation in Science Center used a crowdsourcing approach to identify novel research questions for mental health. It’s a great acknowledgement that researchers’ perspectives, in isolation, can be limited. By linking scientific research more closely to societal challenges, they aimed to reduce waste. And by publishing the details of their method online, they’ve provided a blueprint for how others might work in the future.

At the University of Glasgow, just by talking to arthritis patients, researchers found that the patients actually wanted more research focused on the effectiveness of self-management strategies and arthritis-related fatigue, rather than just better drugs. This was an important finding in a field that has typically focused on pain relief.

These are just a couple of examples, and it doesn’t mean experts don’t need to use their judgement and make decisions. But it does reveal that we can make our health research more effective by just listening to the public and asking them what they want and expect from science.

By taking this kind of approach, the science we fund would benefit a much wider range of people. And by increasing transparency and accountability through greater public involvement, we can raise the value of expertise and improve trust in science.

Public engagement has other goals beyond improving research, but as a research funder, we can’t ignore the role it needs to play in making our work more impactful.