The term elderly has no clear meaning and evokes stereotypes. Javad Hekmat-panah argues its use must be avoided in medicine 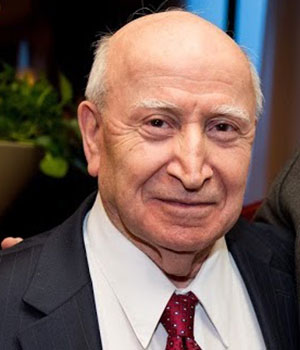 Words convey meanings and messages that can differ across countries, cultures, and eras. Some words lose their original meaning or convey unrelated messages; others become derogatory or insulting. In medicine, elderly is one such term: it is outdated, conjures up bias, and does harm.

While the word is still in use for certain administrative purposes, it has no clear definition. It conveys that a person is old, but not how old, or old in what capacity. In some cultures, it conveys “age 65 and above,” or that a person is at their retirement age, but with people increasingly retiring later and enjoying good health for longer, these meanings are increasingly blurred.

Medicine is based on biological science. It has an internationally consistent terminology, which is used for diagnosis, communication, and treatment of diseases based on individual age, severity of illness, and comorbidities. The ambiguous term elderly offers no useful information about any of this. In medicine it can evoke false ideas about the person being described as elderly in the listener’s mind, introduce unfair social biases and generalisations, and generate ill conceived policies. I’d argue that the term elderly is like “imbecile” or “idiot,” which have become anachronistic and offensive; its use must be avoided in medicine. Stating a patient’s actual age is more appropriate and more informative.

Everyone struggles through hardships in order to live a longer life, but nobody wants to grow old or be called old. Older age, however, is unfairly compared to youth: it is a misperception that old age unquestionably leads to illness, unhappiness, loss of attractiveness, and the capacity to make social contributions. These perceptions will only lead to older aged individuals being valued less, treated with diminished respect, and becoming a target for bias and unfair policies.

We are not born with biases; they are attitudes or behaviors that we acquire. Once formed, however, these attitudes can remain hidden within us like a disease. Unless we diagnose these biases and make an effort to excise them, they can erupt later on.

We know that bias against older people has already found its way into medicine. Reuben et al[1] found that medical students had “already formed some unfavorable attitudes about older persons,” and were less likely to admit an acutely ill 85 year old to an intensive care unit and aggressively treat her than a 10 year old with chronic leukemia. These students could rightly justify offering medical treatments to patients with malignant diseases who have one or two years of life expectancy, but worryingly were hesitant to extend treatment to so called “elderly” patients with benign diseases who were likely to have an even longer life expectancy. I’d argue that continuing to use the term elderly evokes stereotypes that contribute to treatment biases like this: it conjures a problematic initial impression that can be difficult to shake.

Aging is not a disease, it is a progressive biological change and there may be vast differences in the health of people who are aged 65 and over. One older patient may not be able to tolerate a medical treatment because of accumulated comorbidities, but another of the same age without comorbidities may easily do so. Despite this, I’ve often come across investigators in medical research who’ve arbitrarily lumped everyone aged 65 and above in one group, instead of using the same sequential period as younger age groups. This averaging can result in treating a relatively healthy 65 year old patient identically to one much older or less healthy.

The rising cost of healthcare has even previously led some public figures, like philosopher Daniel Callahan[2] and Colorado Governor Lamm,[3] to advocate healthcare rationing against older patients. In the US, healthcare costs have risen from 5% of the GDP in 1960 to 17.4% in 2013.[4] Costs have grown because of the discovery of better diagnostic tools to prevent illnesses, the treatment of hitherto untreatable diseases, and the prevention of unexpected death by CPR. These technologies improved quality of life and increased life expectancy from 47.3 years in 1900 to 78.7 years in 2010.[5] They have benefited every age group, yet it is the “elderly” alone who have been made the targets of calls for healthcare rationing in order to curb these costs.

My suggestion that we avoid the term elderly in medicine goes beyond the word itself to encompass all that it connotes: stereotypes, unwarranted impressions, and bias. This is essentially a human rights issue. Medicine is the science and art of individualised communication, evaluation, recommendation, and treatment. Each patient has the right to be treated as an individual, according to medical standards based on their specific age, general condition, and comorbidities. To label everyone above a certain age as elderly and to treat them identically defies this principle, which should be at the heart of medicine.

Javad Hekmat-panah is a professor of neurology and neurosurgery at the University of Chicago with 40 years of practice in paediatric and adult neurological and neurosurgical conditions. He is the published author of Communication with and on Behalf of Patients, and has a broad interest in communication and neuro-ethics.