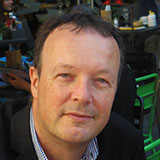 NHS Improvement is inviting comments on proposals for a patient safety strategy. The aim is to “make sure people receive the safest care possible,“ and the document makes repeated calls for a “just safety culture” in healthcare. [1]

The reference to culture matters, because the fact is that regulation and procedure alone cannot protect patients from unsafe cultures. Gosport, Mid Staffs, and Morecambe Bay all ran according to strict medical procedures and safety protocols. They were all subject to inspection and regulation. And still patients died—unnecessarily, and in large numbers. The official inquiries found unsafe cultures on wards, in boardrooms, and in organisational processes such as complaints handling and communications. They found that when patients and relatives tried to speak up about safety concerns, they encountered dismissiveness, defensiveness, and outright denial.

So where do unsafe cultures come from? Sometimes they can arise from the visible effects of poor leadership, bullying of staff, or workforce pressures leading to a breakdown of good teamwork. But some influences on culture are less visible. When culture is just “the way we do things around here,” staff can become oblivious to the impact of behaviour and attitudes on patient safety.

One pernicious—and largely invisible—influence on safety culture is the language that is commonly used to describe patient feedback. We can start with the language of “complaints.”

When a health professional flags up something that has gone wrong, it is called an incident report. But when a patient does the same, it is called a complaint. The word “complaint” is synonymous with words like “objection”, “grievance,” and “criticism”. Culturally, it creates a tone of negativity.

It is perhaps unsurprising, therefore, that research finds health professionals perceiving complaints as “a breach in fundamental relationships involving patients’ trust or patients’ recognition of their work efforts“. [2] Consequently, “it was rare for [professionals] to describe complaints raised by patients as grounds for improving the quality of care“. [2]

Research, however, has shown that healthcare statistics are easily manipulated—for example through intimidating staff to achieve performance targets or to adjust data, or by distorting the process of care to misrepresent actual performance.

Even when statistics are reliable, dysfunctional professional, and organisational cultures can put reputation before truth.  At Gosport, Mid Staffordshire and Morecambe Bay, defensiveness, collusion and cover-up were common factors. Patient stories may indeed be unreliable at times. But, sometimes, the same can apply to professionals’ stories.

Sir Robert Francis, in the final report of the Mid Staffordshire inquiry, said that a healthcare system that listens to patients “will be more likely to detect the early warning signs that something requires correction, to address such issues and to protect others from harmful treatment“. [3]

A “just safety culture”, as called for in the draft patient safety strategy, would make it clear to patients that their feedback was valued and would be acted on. It would treat patient stories as valid evidence, having equal weight with clinicians’ stories, set down in their written notes.

Healthcare providers could start down this path by changing their language. They could start describing patient complaints as a form of incident reporting, complementary to that practised by staff. And they could recognise that reference to patient feedback as “anecdotal evidence” is indicative of a dismissive and disrespectful safety culture.

Miles Sibley is a Director of Strategy for the Patient Experience Library, the national evidence base on patient experience and involvement.

Competing interests: MS is a Director of the Patient Experience Library. The library is entirely self-financing, it receives no grant funding and accepts no advertising.

2. Adams et al, 2017. ‘It’s sometimes hard to tell what patients are playing at’: How healthcare professionals make sense of why patients and families complain about care. Sage Journals: Health.