How can we ensure the health of migrants, asks Michaela Told

Migration has always been part of human history. The overall number of migrants across the world has remained stable over the past decade, but in recent years we have seen an unprecedented level of movement of people resulting from conflict, persecution, violence, poverty, economic disparities and climate change, which is disrupting global health. [1] This escalation in the numbers of documented and undocumented migrants, refugees, asylum seekers, and internally displaced people has exposed two critical factors:

Firstly, voluntary and forced migrations can no longer be viewed as exceptional events. They need to be recognised as a structural phenomenon of the 21st century, and as “condition” and “context” of the world in which we live. [2] They are the consequences of disruptions that are faced in many aspects of our lives and require global responses.

Secondly, voluntary and forced migrations have major implications for health and can be disruptive to health, both for the individual migrants and for the health systems and services with which they come into contact. [3] Health is a human right that is protected by international agreements. Therefore, we must consider health as an indicator of the ways in which national and international approaches to migration work. Our approach to migrants’ health is a reflection of changing political landscapes and inadequate policy responses.

In 2017, 258 million people were international migrants, out of which 68.5 million (27%) were forcibly displaced from their homes as a result of persecution, conflict, or generalized violence. [4,5] In 2014-2015 we witnessed a rapid escalation in the number of people being forced from their homes, with millions fleeing conflict and persecution (e.g. in Syria, Iraq, Afghanistan, Ukraine, in areas of Southeast Asia and sub-Saharan Africa), resulting in the highest level of displacement since World War II. [6] The large increases in forced migration have led to a perception of migration being either a symptom or a cause of crisis. Former UN Secretary-General, Ban Ki-moon, however, asserted that “[it] is not a crisis of numbers; it is a crisis of solidarity,” signalling that this is, first and foremost, a political and governance issue. [7]

How should we respond to migration as a political and governance issue and how can we ensure the health of migrants?

As a response to the large movement of refugees and migration, heads of state and governments unanimously adopted the 2016 New York Declaration at the UN General Assembly (UNGA) High-Level Summit, paving the way for the Global Compact on Refugees and the Global Compact for Safe, Orderly, and Regular Migration. [8,9,10] Both were adopted in December 2018, the first by the UN General Assembly on 17 December 2018, and the latter in Marrakech at a dedicated conference on 10 December 2018. Whereas the Global Compact on Refugees has found large agreement, the Global Compact for Migration was adopted by only 160 countries with at least 16 countries opting out or expressing concerns. [11,12] The two compacts are still important attempts to strengthen the governance system for refugees and migrants, however, they rely on states to adopt and implement them and to create coherent strategies to do so effectively. This requires bringing migrant health into the mainstream of national health. But there are many barriers to doing so. Governments and NGOs need to stop working in siloes and start connecting security, economic and cultural development, humanitarian assistance, and healthcare domains together—and even more so to connect the respective health silos, such as mental health, infectious diseases, non-communicable diseases, treatment, prevention, and health system strengthening, and addressing them all equally. [13]

More importantly even, the political landscape has changed considerably—as we can see in the many countries withdrawing their support to the Global Compact for Migration—shaping a narrow policy debate on migration. The rise of nationalism has impacted dramatically on migration policies and limited this policy debate to negative perceptions of migrants and refugees, and to the need for stricter border management and control. The focus shifted to health security and to overwhelmed health systems which cannot sustain demand. We know that much of these claims do not reflect reality and are counterproductive, but populist leaders connect with these anti-migrant views and mobilise their electorate on this basis. These are disruptions that we face in our daily lives and those leaders have been democratically elected by us—the citizens. We have a responsibility to participate in the political processes at different levels, to inform ourselves, and deconstruct the populist discourses. Ultimately our votes impact on health policies—more generally and specifically in the context of migration. 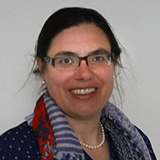 Michaela Told is deputy director and executive director of the Global Health Centre at the Graduate Institute of International and Development Studies, Geneva. Twitter: @michaelatold_GH