For patients experiencing long hospital stays, the hardest part to endure may not be the pain or inconvenience of treatment but boredom, says Jeremy Smith 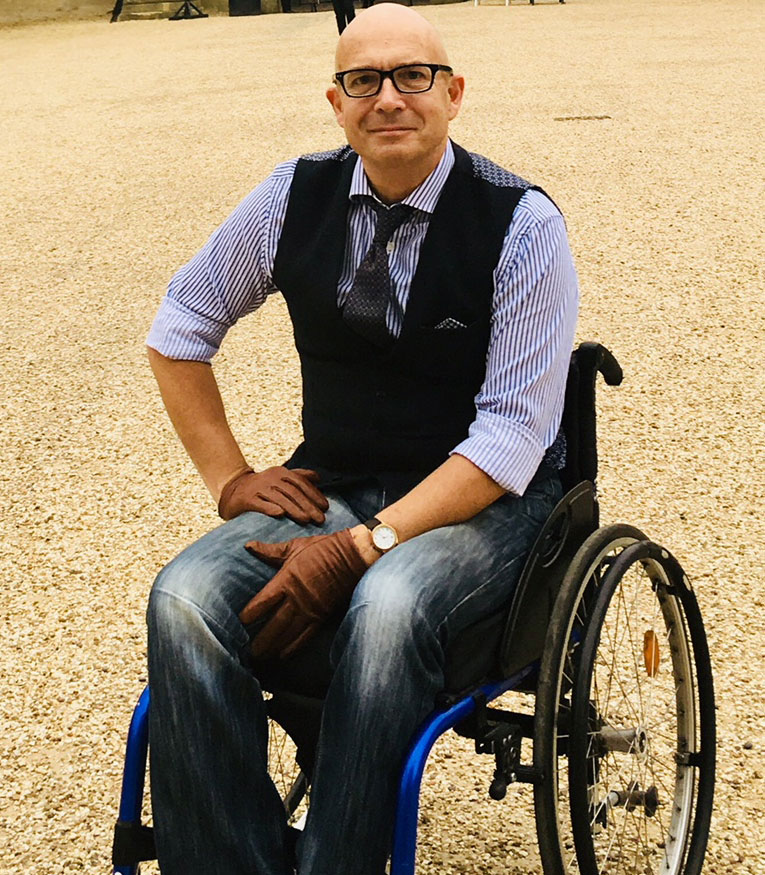 “Boredom is, as many patients will attest, as close to torture as any Dark Ages tormentor could inflict. The pain of the operations, the stripping away of dignity necessitated by weak to non-existent bathroom functions and a constant fixation over pressure sores doesn’t even come close to matching the horror of a mind able only to feed on itself.”

I wrote this for an article in the Daily Telegraph at the beginning of 2016 after spending almost 11 months in hospital because of a spinal injury. During this period, I also contracted MRSA, which meant I was quarantined and in isolation for two of those months. Consequently, I came to know boredom on a very intimate basis.

Many of the doctors and specialists who attended me were happy to discuss my anxiety, detachment, and morbid lethargy but none seemed able to grasp the boredom that was its root cause. Indeed, their inability to acknowledge what to me seemed obvious was every bit as debilitating as the condition itself. They focused on these symptoms as tangible and manageable parts of a treatment course to be ticked off, rather than the obvious consequence of an institutionalised routine taking its toll.

For doctors and nurses, the wards must surely seem, and feel, like intense microcosms of the life-death experience, but for patients enduring long term hospitalisation 24/7, the gruelling cocktail of pain and boredom, loneliness and fear, and the aching, numbing minutiae of ward routine can strip a mind bare of all but its most primal functions.

Typically, distractions were few and far between, and those available quickly lost their sheen. Even receiving visitors becomes stressful as you rack your mind for something, anything at all, to recount of your endless inactivity.

Bafflingly, the mental health professionals (psychotherapists, counsellors) assigned to oversee the wellbeing of those forced to endure long term hospitalisation never seemed willing to ask the obvious question, “Are you bored?” It’s as if being bored was somehow reprehensible and unworthy of clinical appraisal.

What’s so frustrating is that the distractions I sought are so obvious: books; bright walls (instead of grubby green or municipal yellow); and the absolute necessity of having cards, letters, and photographs from family and friends to put up on walls. Yet too often hospitals make no provisions for these preoccupations, or even actively strip them away. In two of the hospitals I stayed in, there wasn’t even anything as basic as a box of paperbacks to alleviate the monotony. And one patient I knew had a hand drawn card made by his young daughter removed without warning from his bedside while he was awaiting an x ray; needless to say, he was distraught upon his return. Allowing the patient small but important comforts like this creates a vital link with loved ones at home and helps maintain a vital psychological bulwark against the deprivations of taedium vitae.

Flowers, which may appear sentimental, embody care from others and are a cheering, almost primal reminder of the world you wish to return to. Yet mine were always efficiently swiped away immediately after my visitors departed. This is usually done on the grounds that flowers are potentially hazardous and can act as a source of infection, although the evidence on this seems mixed.  I photographed my room before one bouquet was removed and asked friends online to spot the obvious health and safety peril; they couldn’t.

Staff and hospitals can help support patients through other ways; for example, through access to a garden or any outdoor space. For those confined to wards, a myriad of low maintenance activities such as board games; pens and paper for drawing, writing, painting; or even origami could help enormously. Lying for hours, days, and months in bed without any meaningful sensory release must surely hamper a patient’s recovery. Indeed, I’m sure adults would benefit hugely if the same attention paid to keeping younger patients distracted and entertained was equally applied to them.

If I now had to return to hospital for a stay of four weeks or, God forbid, longer, it wouldn’t be the pain or inconvenience of the treatment that would terrify me, but the endless, almost palpable vacuum of its monotony.

Jeremy Smith is an Oxford based award winning journalist and broadcaster who has spent the past 37 years specialising in subjects as diverse as fashion, business, travel, and the arts. In 2015, he suffered a spinal injury and was hospitalised for 11 months. Among myriad other current topics and issues, he now enjoys highlighting disability from a more sartorial point of view.

This piece was written with input and help from Dr Lizzie Burns, who works once a week as a creative specialist in University College Hospital as part of the Macmillan Support and Information Service funded by the UCLH Charity. After gaining a doctorate from the University of Oxford, Lizzie has worked as a science based artist since 2002 and is now founder of the Anti-boredom Campaign.