Peter C Gøtzsche discusses his expulsion from the Cochrane Collaboration 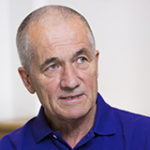 My expulsion from Cochrane’s Governing Board and the Cochrane Collaboration is well known.

As one of its founding fathers, I had great aspirations for the charity and have realised many of them. I have published many important Cochrane reviews, e.g. on mammography screening and health checks, contributed to developing the methods and reporting of research, and documented the harms of overuse of drugs. My greatest contribution to science was to get access to clinical trial data at the European Medicines Agency, a feat that many people said would be impossible. [1]

When CEO Mark Wilson dropped the word “collaboration” from the charity’s registered name, it was a sign of things to come. Wilson changed the organisation from a grass roots scientific organisation, where centres worked autonomously and embraced diversity, into a highly centralised business, focused on ”brand” and “logos,” with “one voice, one position.” I could not abide by this oppressive culture.

When Iain Chalmers started the Collaboration 25 years ago, he wrote in the invitational letter to 50 people, including me, that the collaboration is ”committed to opposing any tendency for it to become dominated by any nation, institution, or individual.” Unfortunately, Cochrane has gone in that direction.

Academic freedom has gone, scientific debates are unwelcome, and transparency is a thing of the past. Cochrane’s public statements deny this, but I am a witness on the inside and Cochrane’s show trial against me is illustrative. [2,3]

Eighteen months ago, I was elected to Cochrane’s Governing Board with the most votes of the 11 candidates. My aim was to stop the rot—what I saw as a moral slide—and I challenged the leadership on core issues and on the way it was managing the charity.

I wrote a policy a year ago that would prevent Cochrane authors from having a commercial interest in the interventions they were assessing. The Cochrane leadership stalled.

I tried to block the CEO from micromanaging centres, so researchers could be free to operate autonomously with their own funding, but failed.

I tried to uphold Cochrane’s values of publicly challenging science. But when my team challenged Cochrane’s HPV vaccine review, we came under heavy criticism.This was scientific censorship. [2, 4, 5]

The Board and the CEO believe that public debates undermine Cochrane’s reputation. I disagree. Scientific debates further science, to everyone’s benefit.

Cochrane no longer lives up to its core values of collaboration, openness, transparency, accountability, democracy and keeping the drug industry at arm’s length.

In my view, the Board and the CEO should resign. They should resign from their posts and call for independent elections to be held and respect the requests from 31 centre directors and many others for an independent investigation of the “process” against me. It’s the only way to restore this great organisation to what it once was.

I have submitted a complaint to the Charity Commission and hope the Commission and the funder of the UK groups will help to accomplish highly needed changes in the leadership and set-up of Cochrane.

Peter C Gøtzsche is a Danish physician and medical researcher

Ray Moynihan: Let’s stop the burning and the bleeding at Cochrane—there’s too much at stake

3 Hammerstein D. Regenerate Cochrane to strengthen the production of trusted evidence for the common good of public health. 2018; 8 Oct. http://www.nogracias.eu/2018/10/08/regenerate-cochrane-to-strengthen-the-production-of-trusted-evidence-for-the-common-good-of-public-health-by-david-hammerstein/.