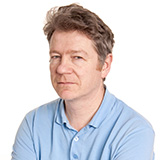 The Quality and Outcomes Framework (QOF) is still one of the world’s largest healthcare pay-for-performance programmes, unrivalled in scope and scale. In 2004, practices and general practitioners were promised substantial investment to increase income, in return for delivering high-quality care.

What could possibly go wrong?

Initially, practices did receive a major increase in income, and government did get unexpectedly high-quality care in return. However, over time both profession and the government have had reason to feel aggrieved with QOF. For GPs, the initial increase in income has been clawed back even as practice workload has risen. For payers, early suspicions that QOF was too easy to deliver or that GPs gamed the system for profit undermined confidence, with more concrete concerns that QOF wasn’t effective at driving continuous improvement in outcomes.

Fourteen years on, and the evidence is that QOF had fairly small effects on quality, not least because incentivised care was already improving rapidly as a result of less dramatic improvement interventions, such as guideline development and dissemination. QOF and pay-for-performance more generally almost inevitably focus on processes of care for common conditions, because small numbers of eligible patients in individual practices make it difficult to robustly measure performance in other groups. Indeed, many failed indicators in QOF resulted from well-meaning attempts to widen the scope beyond such processes. QOF has therefore proved a blunt tool, and is particularly ill-suited to drive better care for the rapidly growing numbers of people with complex multimorbidity and frailty. These fairly intractable problems mean that QOF is shrinking across the UK, with large-scale retiral of indicators in 2014, the wholesale abolition of QOF in Scotland in 2016, the near abolition of QOF in Wales in 2018, and proposals for major QOF reform in England now. The broad aims of the English reform of QOF are unarguable: to deliver better, more holistic, patient-centred care with continuous improvement; to ensure sustainable, professionally-led general practice; and to support practices to be involved in wider system reform. But the devil is of course always in the detail. Four major changes are proposed:

There is much to commend in these plans, but also much that could go wrong. Creating stratified indicators to measure performance is conceptually very attractive. But it’s speculative because it is uncertain whether such indicators will work well. There may be too few patients in different subgroups for indicators to be stable, and/or effective stratification may require overly onerous data recording. Attempting to reform exception reporting is laudable, but the core dilemma remains. On the one hand, something like exception reporting is clearly needed to avoid futile or harmful care, and that determination has to involve professional judgement as well as patient choice. On the other hand, any professionally-determined removal of patients from indicators will always prompt suspicion about gaming to maximise income.

Reform also relies on retiring existing QOF indicators to redeploy resource. The dream scenario is that pay-for-performance drives changes in routine care that sustain quality when incentives are withdrawn. Unfortunately, new evidence about the impact of retiring QOF indicators in 2014 suggests this is not the case. For the 12 retired indicators with enough data to examine in time series analysis, retiral led to immediate reductions in documented quality, with for example falls of 30% in glycated haemoglobin and body mass index recording in people with serious mental illness (although no change at all in blood pressure and alcohol consumption recording where incentives were maintained).

Small gains on implementation that are not sustained on withdrawal is not an attractive return for the large sums of money spent. Pay-for-performance as a sole driver for improvement therefore looks like a poor bet. The planned use of incentives in England to support a broader, flexible improvement agenda delivered collaboratively across areas is therefore perhaps the most radical element of the proposals. In many ways, this mirrors Scotland’s and Wales’s development of GP clusters to collaboratively improve care for people with more complex needs. In contrast to Scotland, this activity will be supported by incentives to participate. There are no magic bullets in improvement, but it does seem sensible to try blended approaches where incentives primarily promote engagement and participation, while education, informatics, support for implementation, and collaborative approaches to share learning potentially deliver sustainable change. Major initiatives like QOF reform inevitably require imaginative leaps of faith, and there is much that could go right or go wrong with QOF reform in England. From that perspective, the key lesson of QOF is that simultaneously designing and implementing evaluation alongside QOF reform be a good start.

Bruce Guthrie is a GP in Cardenden in Fife, Scotland and professor of primary care medicine at the University of Dundee

Competing interests: I was a member of the National Institute of Health and Care Excellence QOF Indicators Advisory Group 2009-2015, and am an academic with an interest in the quality and safety of healthcare including the impact of financial incentives.