In 1927 Hartman, MacArthur, and Hartman used an extract of bovine adrenal cortex to treat adrenalectomized cats; Frank Hartman and others called their extract “cortin”, regarding it as a single compound. Wilbur Swingle and Joseph Pfiffner called their extract “cortical hormone”, recognizing that it might contain more than one active substance, and with Leonard Rowntree and Carl Greene showed that it was effective in patients with Addison’s disease. Later, different compounds were isolated from adrenal cortical extracts. The one that Edward Kendall called Compound B, now known as corticosterone, was used to treat “wound shock” in rats in 1940 by Hans Selye and Christine Dosne. Compound E, cortisone, was used to treat rheumatoid arthritis in humans by Philip Hench and Edward Kendall in 1948.

Cortisone then started to be used widely in the treatment of inflammatory conditions, such as rheumatoid arthritis, allergies, glomerulonephritis, and lupus erythematosus. However, in 1951 reports of its many adverse effects, both acute and chronic, started to appear, including Cushing’s syndrome, adrenal suppression, acute toxic psychosis, infections, osteoporosis, hypertension, skin pigmentation, and many more.

Discussing the use of the term “non-steroidal anti-inflammatory drugs”, Buer has described how he discovered a paper by Michael W Whitehouse, published in August 1963, listed in Pubmed, and titled “A biochemical distinction between nonsteroid anti-inflammatory and analgesic drugs”. Dr Whitehouse in turn pointed him to a presentation by Whitehouse and Lash to the First International Congress of Endocrinology in Copenhagen in 1960, in which they wrote “We have studied the effects of a number of glucocorticoids and also of some non-steroid anti-inflammatory agents upon the biogenesis of cartilage in tissue culture.” Buer suggested that that was the first use of the term. Whitehouse and Last used the term again in a paper in Nature in 1961, after which it started to become more widely used, although uptake did not really become widespread until the mid-1970s (Figure 1). 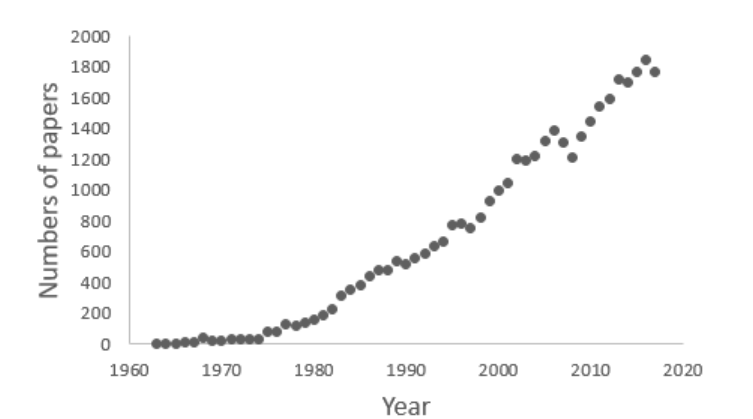 Figure 1. The numbers of papers since 1963 containing the term “non-steroid/al anti-inflammatory”, with and without hyphens, as a textword (source Pubmed); the small dip in 2006-8 came soon after the withdrawal of rofecoxib and may have reflected doubts about the use of non-steroidal anti-inflammatory drugs at that time

Now, databases like Pubmed cover papers published in bioscience journals, but not other publications, such as textbooks and advertisements. During research with my colleagues Richard Green and Peter Haddad into how medicinal products were advertised in the 1950s to 1980s, I came across advertisements for a product called Biosone GA. Biosone was first advertised in The BMJ on 9 June 1956 and then again on 23 and 30 June, 1 and 29 September, and 27 October, always as “a new anti-inflammatory and anti-pruritic agent” (Figure 2). 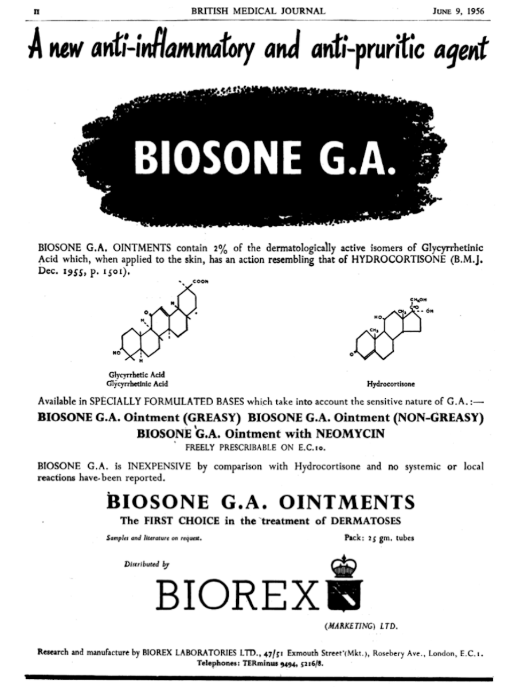 Then, on 21 September 1957, the advertisement was changed. This time it proclaimed that Biosone was “a new non-steroidal anti-inflammatory agent” (Figure 3). Similar adverts appeared on 10 October 1957 and 11 January 1958. There may be earlier examples still, but I haven’t found any. A search in Google Books suggests that there may also be an instance in a 1955 issue of the Journal of the South African Veterinary Medical Association, but I have not been able to locate a copy of that. 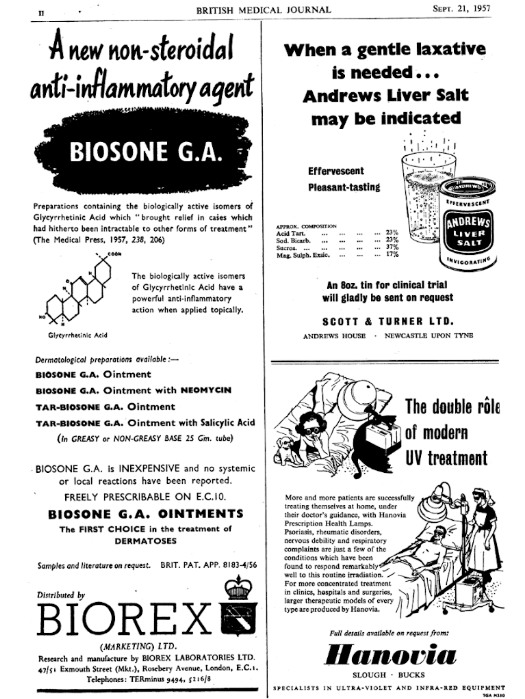 Figure 3. An advertisement for “a new non-steroidal anti-inflammatory agent” in The BMJ on 21 September 1957; this instance antedates the earliest citation given in the Oxford English Dictionary, from 1963, describing flufenamic acid, and Whitehouse’s first use of the term in 1960

This evidence suggests to me that the term “non-steroidal anti-inflammatory drug” may have been introduced in advertising by Biorex Laboratories Ltd, in response to the increasingly recognized adverse effects of corticosteroids in the early 1950s. It is clear from the examples cited above, that the term “nonsteroid/al” was already being widely used, and the term “anti-inflammatory” has a pedigree going back to the 18th century. The active ingredient in Biosone GA was glycyrrhetinic acid, which has aldosterone like activity and has been used to treat Addison’s disease; its derivative carbenoxolone, previously used to treat peptic ulceration, has given way to more modern treatments. In the earlier adverts for Biosone GA, the manufacturers stressed the structural similarity between glycyrrhetinic acid and hydrocortisone (Figure 2). Later, however, they contrasted the two compounds, instead of pointing to their similarity. Dropping the illustration of the structure of hydrocortisone and adding the term “non-steroidal” would have stressed their assertion that “no systemic or local reactions have been reported”, implying “compared with steroids like hydrocortisone”.

The abbreviation “NSAID[s]” probably first appeared in 1973, although earlier examples may yet be found.

Incidentally, glycyrrhetinic acid is no longer used. Biosone is the name of a product containing hydrocortisone.