Childhood growth is a key indicator for both health and disease. Both obesity and undernourishment are signs of possible underlying disease, dietary disruption, or eating disturbances, while normal growth suggests healthy development.

It is important to understand how growth in early life is influenced by both internal factors and the exposome. The concept of early life programming of health and disease was initially suggested by Barker who reported an association between birth weight and risk of cardiovascular disease later in life. [1] Another study that provides some evidence on in utero programming is an observational study showing that the risk of asthma is higher in children of mothers with asthma than in children of fathers with asthma, which points to heritance beyond genetics. [2]

Further evidence on intrauterine programming is published in our randomized controlled trial, where giving mothers fish oil supplementation during pregnancy led to significant multi-organ effects in their children including lower risk of asthma, and a larger size for gestational age, and birth weight (Vinding et al. accepted, Journal of Nutrition 2018). [3] Such evidence suggests that what the mother is exposed to during pregnancy may influence their child’s trajectory towards health or disease beyond simple genetics.

It has previously been hypothesized that supplementation with fish oil (long chain polyunsaturated fatty acid (PUFA)), both pre- and post-natal, would be beneficial for the child’s growth. However, such observations came from studies conducted in vitro, and in animal and adult studies. Therefore body composition was predefined in the protocol of our most recent research paper.

Importantly, the average Danish diet has a high content of fish oil. The effect may therefore be greater in other countries with lower intake of fish-oil in their normal diet.

Beyond the result of the predefined outcome, the study shows that increased body mass index is not a reliable measure of fatty tissue, as is often interpreted. Indeed we found an increased BMI from fish-oil supplementation, but this index reflected a proportional increase in bone, muscle, and fatty tissue measure by the 3-dimensional dexa-scan, which should caution against the simplistic interpretation of the 2-dimensional body mass index.

Finally, it will be important to continue to follow-up the growth of these children to understand whether the effect of fish oil supplementation in pregnancy has a short- or long-term effect on growth. 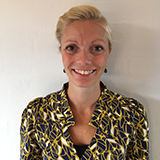 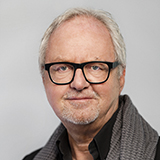