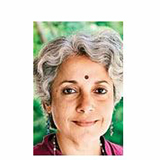 With 10 million new infections and over 1.5 million deaths a year, tuberculosis (TB) is the major infectious disease killer globally today. Despite the progress made in the past few decades, we still suffer from a lack of understanding of many basic issues including the pathogenesis and natural history of TB. With the growing political attention and global momentum on ending the TB epidemic, it is critical that science drives policy and that we focus on interventions most likely to have the greatest impact.

In a new analysis Marcel Behr and colleagues revisit the timetable of TB, thoughtfully analyzing the available data from both the pre-antibiotic era as well as more recent studies. On the one hand, they reiterate what has been known for a long time; the chances of progressing from infection to disease are greatest in the first few years after infection. While 5 to 10% of persons exposed to and infected by M. tuberculosis are thought to progress to disease over their lifetime, at least half were thought to do so within the first five years. The data re-analyzed and presented in this paper more or less confirms this belief. Where the authors challenge status quo is in quantifying the absolute risk of progression in the first 18 to 24 months after infection versus later and in the concept of dormancy itself. They reiterate that, in high transmission settings, most disease is recently acquired with an incubation period of less than 18 to 24 months.

According to WHO, Latent TB infection (LTBI) is defined as “a state of persistent immune response to stimulation by M. tuberculosis antigens with no evidence of clinically manifest active TB”. The proportion of individuals who truly remain infected with M. tuberculosis after tuberculin skin test or interferon-gamma release assay (IGRA) conversion is unknown. It is also uncertain how long adaptive immune responses towards mycobacterial antigens persist in the absence of live mycobacteria. The diagnostic tests used to identify individuals latently infected with M. tuberculosis, the in vivo tuberculin skin test and the ex vivo IGRAs, are designed to identify an adaptive immune response against, but not necessarily a latent infection with, M. tuberculosis.

The absence of a surrogate marker of disease susceptibility (as well as an absence of a marker of progression) has made the conduct of vaccine and other preventive therapy trials difficult. Documenting acquisition of infection by yearly (or regular) testing is currently the only way to identify individuals with “recent infection”, as they are the ones that should be targeted with interventions to prevent progression.

What are the implications of this for global and national TB programmes? Instead of worrying about the 1.7 billion people who have evidence of immune reactivity to TB antigens, we need to focus on those at highest risk of progression. Infants and young children, persons living with HIV, severely malnourished individuals, and those with immunosuppressive conditions are in this group. A recent modelling study estimated that the prevalence of recent infection was 0.8% of the global population (compared to 23% with LTBI), amounting to ~ 55 million individuals at high risk of TB disease. If we could identify and treat these individuals (with a combination of drugs or potentially a vaccine), it would significantly reduce the incidence of new disease. A vaccine that can prevent infection would also be very useful, as it would reduce the pool of people from which new cases of TB will emerge. The targeting of household contacts makes sense in low prevalence settings, as they are at a much higher risk of acquiring infection from the index case. However, in situations where TB is endemic, acquisition of infection is as likely outside the home than it is inside, and preventive therapy for household contacts would serve as “an umbrella in the rain”, without long lasting protection. It is critical that we focus on finding and treating the over 10 million people every year with active TB (4 million of whom are missed currently), who are capable of transmitting the infection to others.

Future research should focus on identifying biomarkers or other diagnostics that can identify individuals at highest risk of progression to disease. Implementation research studies that identify individuals with recent infection, treat them and document reduction of TB incidence in defined geographic settings will be needed to inform public health strategies. Such studies are possible in many of the high TB incidence cities that have taken up the Zero TB Cities challenge. Vaccine trials can be expedited and timelines shortened, as most disease would occur in 12 to 24 months after infection, but the challenge would be to identify a group at highest risk for new infection (likely household contacts). It is time for the TB community to come together and think out of the box in order to identify new approaches to controlling this ancient disease.

Soumya Swaminathan is the deputy director-general for programmes at the World Health Organization (WHO). A paediatrician from India and a globally recognized researcher on tuberculosis and HIV, she has over 30 years of experience in clinical care and research and has worked throughout her career to translate research into impactful programmes. Twitter: @doctorsoumya