Beware of the word PROM. It has an odd habit of changing its meaning, whatever that happens to be. Medical PROMs (Patient Reported Outcome Measures) started off as a rather clunky, tick-boxy way to capture what happened to people who were enrolled into clinical trials. Promenade concerts began over 200 years ago as occasions where persons of quality would display their finery while walking around gardens with an orchestra playing in the background. School-leavers’ proms are something else again, which it is best to draw a veil over.

In the 1890s, musical proms moved indoors and became occasions specifically designed to attract wider audiences, who could eat, drink, and smoke while the musicians introduced them to the delights of classical music. At the medical PROMs meeting held in the Great Hall of the University of Birmingham last June, there was definitely no smoking, but there was a certain amount of eating and drinking and a strong air of democracy in action.

For the first time, PROMs was a “Patients Included” event. This chartermark recognises commitment to incorporating the unique and valuable contributions of patients and the public to medical conferences and events. The organising committee included patients, who helped make sure that final programme reflected issues important to patients. Most importantly, patients and the public were enabled to attend, with bursaries available to cover conference fees and travel expenses. While patients and the public could expect a warm welcome to the PROMs, they were encouraged to participate fully on the day, either through presenting research or helping shape the future of PROMs, discussing approaches and exploring new ideas with researchers.

Both of us are relative newcomers to the realm of patient-reported outcome measures, though we work in close proximity to the Centre for Patient Reported Outcomes Research (CPROR) who hosted this conference. The day was co-chaired by Mel Calvert, director of CPROR, and by Gary Price, a patient representative. What struck us from the start was the direct and patient-relevant approach taken by the plenary speakers. At the start, Daniel O’Connor from the Medicines and Healthcare products Regulatory Authority (MRHA) described how PROMs are used increasingly throughout the drug development process from inception to licensing. And at the end, Kirstie Haywood from the University of Warwick gave us a really valuable overview of where patient involvement in PROMs are heading both in the context of trials and clinical practice.

But inevitably it was the personal experience of living with illness that struck home most powerfully. The BMJ’s great patient advocate, Tessa Richards, has written unsparingly on occasions about her own experiences as a cancer patient, but chose instead to talk about the illness journey of her son. His very active physical, social, and mental life was interrupted in full flow at university by an inflammatory illness which failed to show the right raised biomarkers and therefore took a long time to diagnose or treat effectively. Here was a life-changing experience which challenged everybody present to capture in terms of tick boxes. Is “tiredness” the same as overwhelming fatigue which stops you the moment you try to do anything? Is “joint pain” the same as having trouble even holding a mobile phone for the duration of a conversation?

The rich display of abstracts and oral presentations gave a vivid impression of a field in flux. Already the UK is beginning to follow the US in dropping the M for measure at the end of PROMs. The idea that science consists of what you can measure is of limited value in patient care, and even in clinical research. Going to medical conferences always brings up this conundrum, whether it’s a meeting about diagnosis, shared decision-making, evidence-based medicine or (as in this case) outcome measurement. Following one approach, you can go for ever more detailed protocols, more refined metrics, and tighter definitions. Following another, you can apply reverse engineering and take your cues from the language that patients actually use to describe the ways that illness affects their lives.

We believe that PROs are an essential element of patient-centred care, and our day at the PROMs confirmed this. For us, the most exciting aspect is to see how PROs are moving from being an important, but relatively inconspicuous domain of research methodology to being vital and flexible tools for designing clinical care to suit the needs and priorities of individual patients. For many, this may involve reporting their progress—both positive and negative—in real time by electronic means, and planning their use of services accordingly. Other patients may prefer the telephone or paper. Great pilot work on embedding PROs into daily clinical practice is already being done in NHS Wales and NHS Scotland and in a number of CLAHRCs (soon to be ARCs) in England.

If you want to hear the great music of patients, health professionals, and researchers playing together, PROMs are the place to be.

Richard Lehman, professor of the shared understanding of medicine, University of Birmingham 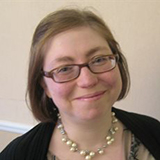 RL works at the Institute of Applied Health Research at the University of Birmingham, which supported the hosting of the PROMs conference 2018

MS helped to secure the Patients Included chartermark for the conference.