Climate change is something that everyone needs to take seriously, and healthcare professionals are no exception. The global weather this summer should make us all stop and think.

As well as making continuous headlines over the past few weeks, abnormally high temperatures have left a trail of destruction across the world.

More than 90 people have died in Greece after fires swept through holiday resorts, the Japanese government declared its heatwave a”natural disaster,” and even parts of the Arctic Circle have exceeded 30C. In the UK, wildfires swept across Saddleworth Moor, near Manchester, and burned for a staggering three weeks as temperatures crept above 30C across many parts of the country.

The change in climate has also taken a toll on our health, and the NHS is facing additional seasonal pressures as more patients—particularly the frail elderly—are being treated for heatstroke, dehydration, and other heat-related conditions. In fact, the number of people visiting their GP in England in recent weeks because of heatstroke alone has reached the highest level for five years, according to the Royal College of GPs (RCGP) research and surveillance centre.

Perhaps most worrying are the recent warnings from the London School of Economics and others, who predict that more than 1,000 Britons will die this year from complications brought on by the summer weather.

Within this, the role of climate change is clear; the release of carbon dioxide and other greenhouse gases is increasing temperatures across the world which then increase the chance and severity of heatwaves. As such, the Met Office expects summer temperatures to regularly exceed 38C in around twenty years time, leading MPs to warn of 7,000 heat-related deaths a year by 2050 and large costs from sickness and days off.

Into the future, these temperature rises could see our planet reach a “tipping point”, after which temperature rises become unstoppable as the domino-effect of melting ice, warmer seas, and dying forests make it increasingly hard for the planet to absorb or reflect heat, leading to potential deadly runaway effects.

The impacts on human health at home and abroad would likely be devastating and fall disproportionately on children, the elderly, and other vulnerable groups.

If we take one lesson from this summer then, it should be that climate change is a critical health problem, as well as an economic and moral challenge. But we can all play an important role in helping to curb the problem, starting with recognising, and then reducing, how much we contribute to climate change.

One public way to do this is to withdraw support for fossil fuel companies as the RCGP has just done by announcing that its trustees have agreed it is to end its financial investments in all fossil fuel companies.  As far as we know, RCGP is the first medical Royal College to do so, and we hope this will send a strong signal around the world that we care, and also reassure other, similar organisations that it is possible and responsible to do so.

RCGP is an active member of the UK Health Alliance on Climate Change, which represents more than 600,000 health professionals across the UK and advocates for responses to climate change that protect and promote public health. This means weaning our health and social system off its reliance on fossil fuels.

For example, at any one time as much as 5% of road traffic in England is on NHS business. The health and care sector as a whole is responsible for around 40% of public sector carbon emissions.

In response, health professionals up and down the country have been playing their part in reducing these emissions—from installing more efficient LED lights in Maidstone and Tunbridge Wells to recycling food in Stockport—saving money and opening up more resources for patients in the process. GPs have also been playing their part, including the former President of RCGP, Dr Terry Kemple who has been involved in championing The Green Impact for Health scheme, which includes encouraging GPs to implement sensible measures in their surgeries and actively reduce office waste with measures like double-sided printing.

As a result, the NHS is a world leader in sustainability and has reduced its carbon footprint by over 10% since 2007, reaping cost savings and the benefits of greater efficiency. A more sustainable health system is also a cheaper and more effective one. This is why 98% of NHS staff believe it is important for the health and care system to support the environment.

What’s good for the planet is usually good for your health. So, as the temperature falls and the rain returns, let us all remember 2018 as the summer that we woke up to the harsh reality of climate change and its negative impact on our health. As we enter winter, let us each pledge to do what we can to turn the tide—whether that’s getting out of the car and onto our bikes, or walking more, eating less meat, or perhaps lobbying for local and national change. We can all make a difference. 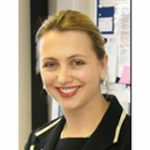 Helen Stokes-Lampard, chair of the Royal College of General Practitioners 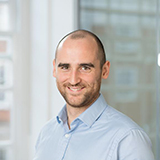