Varduhi Sargsyan describes what it’s like to be a patient with cancer in a developing country, with all the attendant financial difficulties 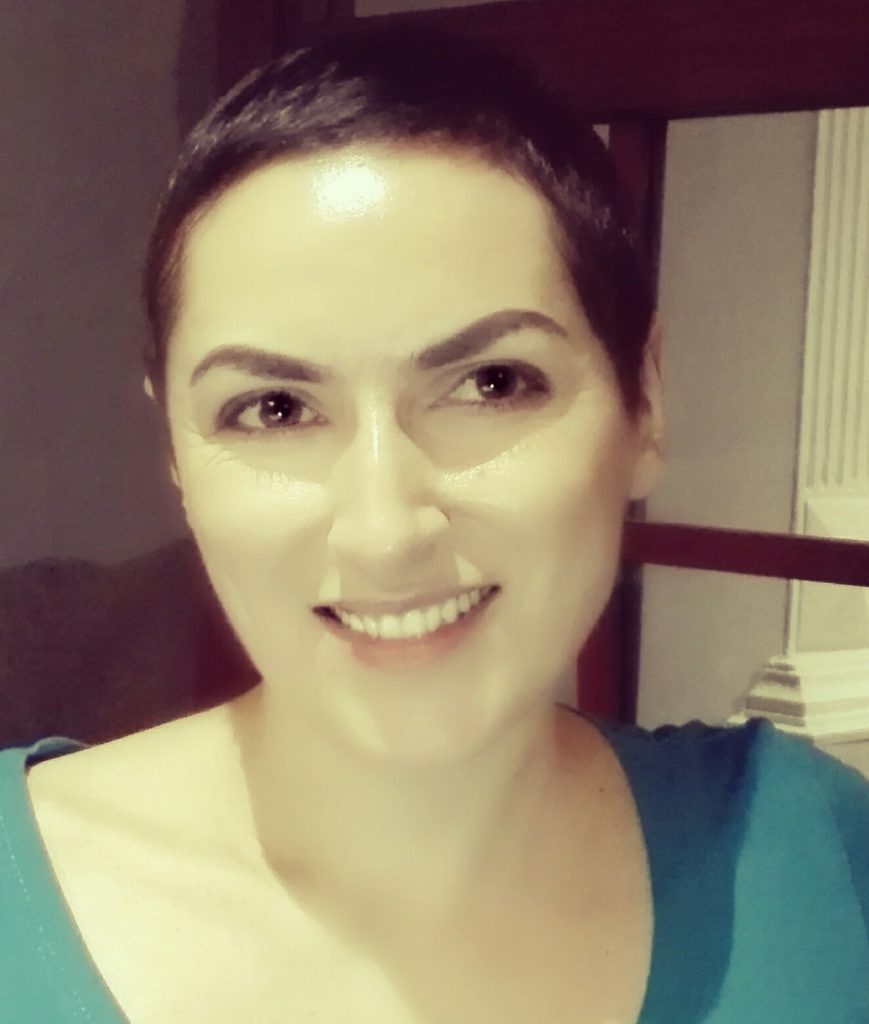 Most of my life I had a very limited and distorted understanding of cancer, just as might be the case for many other people who have not dealt directly with this disease. I knew of many people who had died of cancer, but I knew very few people who had survived. All of this fitted into my perception of cancer being a death verdict, where only a miracle or an extremely expensive treatment abroad could save one’s life. That is until 2016 when I was diagnosed with Hodgkin’s lymphoma.

By the time I got the diagnosis, I already knew it was not a death verdict. I had spent the time between my first appointment and the final diagnosis gathering information about the disease, so I had a much more realistic and up to date knowledge of cancer and particularly Hodgkin’s lymphoma.

I found a doctor who I could trust, not only as a professional but also as a person, so I decided that I felt comfortable having my treatment in Armenia. This was the optimal option for me, as treatment abroad would have cost much more and would have required a lot of paperwork. In addition, I hoped I could continue working to finance the treatment myself.

I am an independent consultant, which comes with many advantages, such as freedom and flexibility, but also has one big drawback when it comes to security and force majeure circumstances. The moment I stop working, I have no income. I cannot take paid sick leave. I have no corporate health insurance, and I do not have an employer who could help a valued employee in a moment of difficulty. I could only rely on myself.

To be sure I could handle the treatment financially, I took on more projects, but I was struggling to do my work in between the chemotherapy days, the days I was down with side effects, and the days I was running to do blood tests, or to buy the next batch of medicine. After the third chemo injection, I realised that I would not be able to work most of the time or meet my deadlines. That is when I started dropping projects one by one and wondering where to get the money for my treatment and to live from.

Eventually, I wrote a Facebook post both informing my friends about my situation, and asking for financial support. I felt so bad about asking for money that even when doing so, I was trying to limit the publicity I would get. It took some time for my friends to talk me into opening the post up to the public and setting up a crowdfunding page in English for contributions from abroad. Soon my friends all over the world were sharing my fundraiser and sending money.

In the beginning my doctor had told me that globally there was a lack of consensus on whether in my case chemotherapy should be followed by radiation or not, but this was something we could discuss later. As a result, until I was done with the chemotherapy, I was nurturing the hope that I might not need to get radiation (as I knew about the potential side effects). However, my doctor recommended radiation therapy to minimise the risk of relapse and, after more online research and talking to various specialists, I decided to go for it.

This time, after weighing all the pros and cons, I realised that I would be more comfortable getting the treatment abroad. Among the many strangers who had contacted me after my Facebook post, there was a young lady (a friend of a friend) who’d had the same disease a couple of years ago and who’d had similar treatment to me (getting the chemotherapy in Armenia and radiation therapy abroad). She put me in touch with her doctor in Germany who eventually helped me to organise my treatment there. Luckily, the amount raised through crowdfunding was enough for me to afford the treatment itself and the travel costs. I finished my treatment in December 2016 and have been under surveillance since then.

During this period I realised what a challenge it is to be a cancer patient in a developing country with all the attendant misconceptions and lack of information; the lack of standards, medical equipment, and medicine; the very limited state support for the huge medical bills; and much more. While the financial burden is commonly considered the main and sometimes only major challenge for cancer patients, I realised that lack of public awareness, misconceptions, and stigma multiply the amount of misery that patients and their families go through.

I believe that some day the healthcare system in my country will be improved enough that any patient with cancer could smoothly go through all the checkups and treatments equipped with a reasonable amount of knowledge to make informed decisions and have the professional support to stay positive, without worrying about the lack of equipment, medicine, money, or other resources. But before this happens, there is something all survivors, regardless of their background, can do: speak up and share their experience with patients and everyone else. It helped me personally more than once; it can help millions of others if every survivor speaks up. This was my message to cancer survivors at the survivor conference in Armenia where I gave a talk. This is my message to every single person dealing with cancer.

Varduhi Sargsyan is an independent consultant specialising in market and social research, project monitoring, and evaluation. After being diagnosed with and treated for Hodgkin’s Lymphoma in 2016, she got involved in cancer patient support, actively sharing her experience with other patients. Varduhi has given talks at cancer survivor conferences in Armenia and Lithuania, emphasising the role of cancer survivors in changing the stigma around cancer among the wider population. In autumn 2017, Varduhi joined the Oncology Patients Advocacy Group, which aims to help create a more supportive environment for cancer patients in Armenia.