Last month the UK government announced £2 million of funding for free holiday activities and meals for disadvantaged families, with children and families minister Nadhim Zahawi noting: “For most pupils, the end of the school summer term signals the start of holidays, days out and a chance to make memories with friends and family. Other families, who might rely on the support provided by schools, are not so lucky.”

Luck has nothing to do with it. The reason children are going hungry in Breadline Britain—not only during the holidays but all year round—is that they are structurally disadvantaged by a shrinking welfare state and a government that refuses to take responsibility for the health and wellbeing of its children. Food “solutions” like the above initiative meet an immediate need but cannot solve food poverty; rather, they risk further stigmatising and excluding families from “ordinary living patterns.”

Having enough to eat of an adequate quantity and quality has long been a minimal expectation of what it is to live in a western country. But our study, Families and Food in Hard Times, found that there were families in the UK on low incomes who were unable to feed themselves properly and others who were barely able to do so. Reflecting the findings of previous studies, some parents often went without food so that their children did not go hungry, while in other families both parent and child suffered.

The harmful consequences of insufficient food or food of poor nutritional value, particularly for children, are well established and have immediate and long term implications. These include poor growth; overweight and obesity; and the growing incidence of coronary heart disease, type II diabetes, and cancer. Suboptimal diets and food habits such as skipping meals are also associated with poor cognition and lower academic achievement. Moreover, food poverty has social and psychological dimensions that are especially important for children. While parents’ sacrifices can protect their children from food shortages, the indirect effects of food poverty penetrate deeply into the “emotional heartland” of children’s personal and family lives. As one girl told us:

If there isn’t enough food we’ll get it and sometimes mum will go hungry and starve and stuff. Even if it’s not that much food for me and [my brother], it’s enough that we’ve actually had something, whereas mum hasn’t, and it gets a bit to the point where we’ll start feeling guilty because mum hasn’t had anything and we’ve had it.

(Bryony,* aged 13, coastal town in the south east of England)

The school holidays bring greater financial and social pressures for families. However, “there are a range of structural causes of poverty that increase the vulnerability of children and families to experiencing hunger in the school holidays, and in that sense, holiday hunger is not a discrete issue to be considered in isolation.” Additional funds to help disadvantaged children with “food and fun” over the holidays are welcome. But given the scale of the problem, this solution goes nowhere near far enough and cannot address the underlying factors that lead to the food poverty of children and their families.

A week after the government announced funding for additional school holiday provision, it was revealed that it is commissioning research into the relationship between its own policies and the rise in food aid. Yet there is plenty of evidence already that this growth is the predictable, and some suggest intended, result of policies that have taken away from those who had least to begin with. Food aid, including school holiday provision, is an inadequate response that is “susceptible to four particular challenges: [it] can be inaccessible, unreliable, unaccountable, and socially unacceptable.”

To address the food poverty of children and families, the government should make use of research on budget standards to ensure that wages and benefits, in combination, are adequate for a socially acceptable standard of living and eating, which recognises the fundamental role of food in health and social inclusion.

In the UK, we are living in a period of deep political and economic uncertainty. Given the UK’s exit from the European Union, the implementation of further cuts to welfare benefits, and rising inflation (including food prices), the plight of families such as Bryony’s is unlikely to improve. Food poverty and its effects on children’s and young people’s physical and emotional wellbeing is a matter of grave concern. Yet in the face of piecemeal solutions and government neglect, the outlook looks set to remain bleak.

*For the purpose of anonymity, a pseudonym has been used. 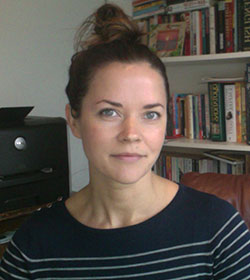 Rebecca O’Connell is a reader in the sociology of food and families at the Thomas Coram Research Unit, UCL Institute of Education. She is coauthor, with Julia Brannen, of Food, Families and Work (2016) and principal investigator of the study of Families and Food in Hard Times. This research project was funded by the European Research Council under the European Union’s Seventh Framework Programme (FP7/2007-2013) /ERC grant agreement n° 337977. 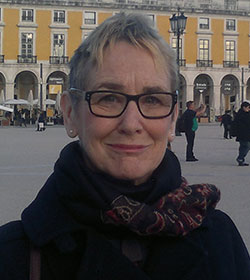 Julia Brannen is professor of sociology of the family, Thomas Coram Research Unit, UCL Institute of Education, London, and a fellow of the Academy of Social Science. She has an international reputation for research on family life, work-family issues, intergenerational relationships, and food in families. 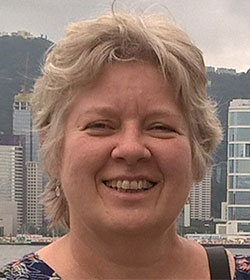 Abigail Knight is a lecturer in sociology at the Thomas Coram Research Unit, UCL Institute of Education. Her research focuses on the lives of children, young people, and their families from sociological and social policy perspectives.