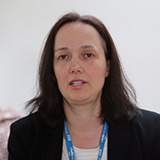 The case has been followed by doctors worldwide. Many believe yesterday’s verdict was simply a victory for common sense as there were no winners in this tragic case. It is somewhat ironic that much of the urgency to resolve the long-running concerns about the damaging effects of recent cases of criminalisation of healthcare workers has come about as a result of the actions of the medical regulator. The GMC’s decision to apply to the High Court in order to try to have Bawa-Garba erased from the medical register led to global exposure of the case. The Medical Practitioners Tribunal Service had decided not to strike her from the medical register, but the GMC appealed to the High Court against the decision and was initially successful. That decision has now been over-turned.

Disagreement with the GMC’s action has unified the medical profession in a way not seen in years. The Court of Appeal stated that “the present case is unusual. No concerns had ever been raised about the clinical competence of Bawa-Garba, other than in relation to Jack’s death.” They recognised that the MPTS had not attempted to undermine the verdict of the jury in November 2015, which found Bawa-Garba guilty of manslaughter, and that it was indeed entitled to conduct an “evaluative exercise” to determine what sanction was most appropriate. They stated that “there is no presumption of erasure in the case of serious harm and that the MPTS was right to draw attention to the systemic failings on the part of the hospital.” In short, the Court of Appeal correctly identified the MPTS’s expert status and its task in looking towards the future. It noted that her suspended sentence was at the lightest end of the sentencing range and that she presented no greater risk of falling standards than “any other reasonably competent doctor.”

Across the medical profession there has been a loud, collective gasp of amazement at the double tragedy of Jack Adcock’s death and Bawa-Garba’s painful seven year journey through the criminal justice system. The case has shined a very clear light on how “blame” never advances patient safety. Why was it that just two individuals (Bawa-Garba and Isabel Amaro) were convicted? They were working in a system so compromised that over 70 actions had to be taken by Leicester Royal Infirmary staff in order to improve how sick children were managed in future. Despite this, the Crown Prosecution Service (CPS) decided that there was not sufficient evidence of hospital culpability for Leicester police to pursue criminal charges.

Indeed, to date, no UK hospital has been convicted of corporate manslaughter. To err is human, though it seems legally it is much easier to convict an individual doctor or nurse than a hospital. Overall, the court of appeal assisted our understanding here by reminding us that gross negligence manslaughter trials focus on the personal actions of defendants: the trial judge remarked that there was a limit on “how far the systemic failings of the hospital and the actions of others could be explored in the trial.” Whether race may have played a part in the conviction has also been questioned, although the numbers are too small to draw any firm conclusions.The trend, however, is worrying and should be further examined by the Crown Prosecution Service.

Many doctors believe that the GMC’s actions, in pursuing Bawa-Garba as far as it did, must surely rank as one of its highest failures. Doctors at the BMA Annual Representative’s Meeting declared that they have no confidence in the GMC and have called for a public inquiry into the regulator’s handling of the case. There are calls for “radical reforms” of its structures and there seems little doubt that the GMC has lost the trust of doctors, and indeed “lost its way“. Costs were awarded against the GMC by the Court of Appeal to be paid back to Bawa-Garba via Crowd Justice who co-ordinated the donations to fund her appeal. I am firmly of the belief that this should not come from the GMC fees that doctors pay and that the GMC should look to find other ways to raise the money.

The term “lightning rod” has been used to describe this case in how it has highlighted the issues of critical understaffing, rota gaps, and working conditions for many healthcare professionals across UK healthcare. The accusation that in some way this was “doctors protecting doctors” fails to take account of the “it could be me” feeling shared by thousands of doctors who have to make decisions on busy shifts in over-stretched hospitals across the land. This was a genuine attempt by thousands of doctors to usher in an open, safer, and fairer culture for patients and their families, as well as themselves. It was also about the misconception that single individuals must be held accountable when a tragedy happens in healthcare where systems failures are the norm.

This is a watershed moment in patient safety. Many believe that the GMC have failed to understand the difference between the role of the regulator and the role of the criminal court, as well as that of the MPTS. The case has also highlighted the detrimental effect of a “blame culture.” The current efflux of trainees abroad, coupled with senior doctors retiring early is creating an unsustainable health service with a worsening blame culture. We should learn from Bawa-Garba herself (who has always been honest about her own errors) when she unselfishly stated in her reaction that she hoped the decision would in “some way improve working conditions of many junior doctors.”

How many of us would survive the microscopic scrutiny of our actions on one of our less successful days when things could or should have gone better? Doctors work with the daily risk of tragedy, which can happen despite years of doing our best. The most important outcome of these tragic events must be that we try to minimise the risk of them recurring. This can be achieved by creating a “just culture” where the reporting of and learning from errors is seen as a top priority. We must look forward to the full implementation of the recommendations of the Williams review, the outcome of the current Gross Negligence Manslaughter and Culpable Homicide review, and the impact of the Health and Safety Investigation Branch (HSIB). The reaction of the Department of Health and Social Care was that “a learning, not blaming culture [would] help to make the NHS the safest healthcare system in the world.” A “just culture” should require that both patients and staff are treated fairly. This will save thousands of lives in future and avoid regression to individual blame in cases of honest errors involved in often complex healthcare-related deaths.

Jenny Vaughan is a consultant neurologist and medical law campaigner. She is the co-founder of www.manslaughterandhealthcare.org.uk. She was chair of the Friends of David Sellu FRCS and acted as the medical lead in the successful overturning of his conviction for gross negligence manslaughter in November 2016. She has also been an active supporter of Hadiza Bawa-Garba for over two years, having observed several GNM cases at close range.