The National Institute for Health Research (NIHR) is highlighting seven research legends whose work has shaped the NHS, as part of its celebrations for the NHS’s 70th birthday and the NIHR’s I Am Research campaign. In the last entry in the Research Legends series, Rosalind Raine pays tribute to Michael Marmot, who has consistently and eloquently pointed out the unequal distribution of the social determinants of health. 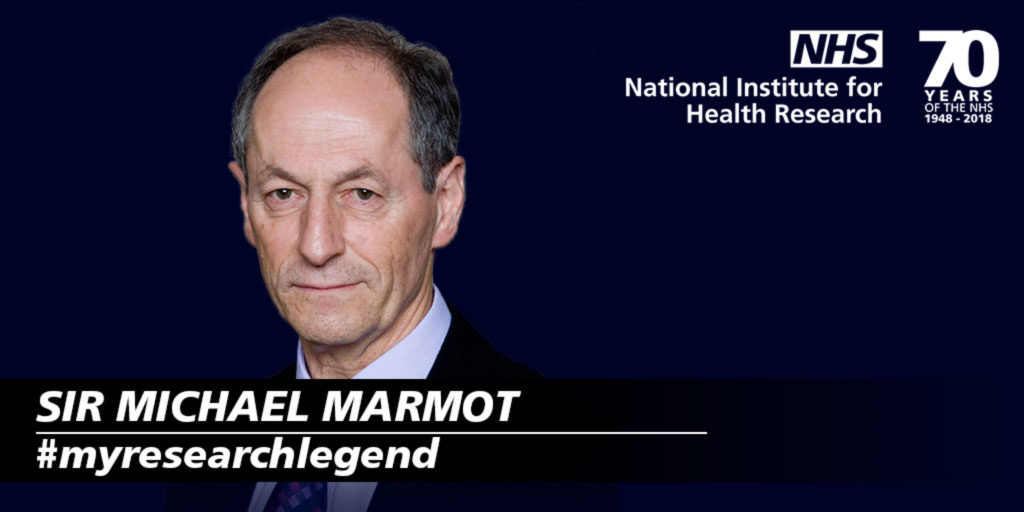 Many of us have enjoyed the Class sketch from the satirical comedy programme The Frost Report, aired in 1966. The sketch features a tall and aristocratic John Cleese stood next to Ronnie Barker and Ronnie Corbett, who describe and compare their social positions:

Recognised as a comedy classic, the sketch remains depressingly relevant more than 50 years after it was originally broadcast—not least because it lightheartedly notes an (albeit minor) health impact associated with one’s social position.

A vision for the NHS

It was all supposed to be so different: the Beveridge Report (published during World War II) championed comprehensive policies of social progress in which the state would increase its commitment to and resources for public welfare. Hot on Beveridge’s heels, Aneurin Bevan’s vision for a National Health Service (NHS) emphasised preventive medicine, with a focus on the elimination of poverty.

There is no doubt that—despite rocky paths in levels of government funding and commitment to universal provision—public health and healthcare services have radically improved the length and quality of the lives of millions of people. However, it is also true that the health gap between the socially advantaged and disadvantaged has widened since 2010, after narrowing during the previous decade. Life expectancy for men in England’s most deprived areas is over nine years less than for those living in the most affluent areas. The gap for women is over seven years.

A social gradient in health

Whilst “high tech” medicine has constantly dominated the limelight and gathered impressive funding, Professor Sir Michael Marmot has, over a 40 year career, consistently and eloquently pointed out how the unequal distribution of the social determinants of health, such as education, housing, and employment, drive inequalities in physical and mental health.

He has persistently kept health inequalities high on international policy makers’ agendas, publishing a plethora of original research and reports, including the Marmot Review in 2010, which proposed an evidence based strategy to address the social determinants of health for England. His work considers the main theoretical explanations for understanding the social determinants of health, highlighting the role of psychosocial factors; the life course perspective; and how structural, political, and cultural forces keep poor people sick (and poor).

This means that inequality isn’t just the business of the poorest but affects the whole of society. Marmot’s untiring work to address this is via “proportionate universalism”: an approach that balances targeted and universal programmes through actions that are proportionate to the needs and levels of disadvantage in our communities.

And while public health services have been marginalised since their move to local authorities (not least because councils have had their budgets cut), Professor Marmot has achieved traction via his Institute of Health Equity, which produces practical proposals to help local areas take action to improve health equity.

Impact on the NHS

The Marmot Review (2010) highlights the ways in which the NHS can reduce health inequalities, with Marmot emphasising just how crucial it is for public sector organisations like the NHS to improve the lives of people today and in the future, while also working on financially bettering itself. The National Institute for Health Research’s (NIHR) mission is to improve the health and wealth of the nation. By working hand in hand with the NHS, we can use Professor’s Marmot’s efforts in pioneering research that may be able to improve the social determinants of health for every one of us.

It’s intriguing that in his 2010 review, Marmot notes how the NHS was born in austere post-war conditions and its birth required courage and imagination. As we celebrate the 70th anniversary of the NHS’s birth, we look to that courage and imagination again to ensure, as Marmot says, “equal health and wellbeing for future generations.”

Although Professor Marmot mainly focuses on actions that could be taken outside the healthcare system, we can still see the impact his work has had on the NHS and can make gradual movements to ensuring our society is free from health inequalities.

I am extremely grateful that he appointed me to a chair in his department 13 years ago—in recognition of the need to quantify and explain the role of health services in inequalities and their outcomes, and to develop interventions that address the social gradient.

I feel privileged to have worked in his department and to have enjoyed participating in lively, challenging, and good humoured debates with such an iconic figure about how best to promote social justice. 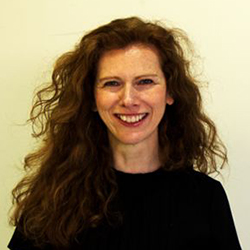 Competing interest statement: Professor Michael Marmot was head of the Department of Applied Health Research when I joined UCL.

The views and opinions expressed in this blog are those of the authors and do not necessarily reflect those of the NIHR, NHS, or the Department of Health and Social Care.