Has the time come to consider further regulating all sales of long pointed knives and replacing them with rounded ends? 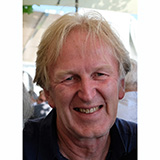 There has been an even more significant increase in hospital admissions resulting from knife crime. In England, between April 2016 and March 2017, there were 11,144 admissions due to “Contact with knife, sword or dagger.”  The numbers have increased by 82% compared with the previous year. The number of admissions for firearms related injuries over the same two years was small in comparison and showed a reduction, from 570 to 498.

The human cost of the increase in knife crime has been clear to me this year as a judge sitting at Luton Crown Court, where I heard trials involving several young teenage boys, charged with attempted murder or wounding with intent. Boys as young as twelve, armed with eight or ten inch long pointed kitchen knives, chased or ambushed other boys and inflicted deep incisional wounds. One eye witness described a boy as bleeding like “a watering can”. One victim had incisional wounds to his head, chest, hand, leg, and foot. It was clear from the evidence in those trials that, in some circles, carrying long pointed kitchen knives is almost routine.

There is also a financial cost. I have been unable to find any accurate estimate of the cost to the NHS of treating victims of knife attacks, but it cannot be insignificant. In 2014, The Times reported that the average cost of a murder was £1.8 million in social, economic, and direct costs to the NHS, police, and criminal justice agencies. [4]  A growing number of young people in England and Wales carry knives. There is no doubt that this has fuelled the increase in hospital admissions. The causes of this are complex, and must be approached in a multi-disciplinary, multi-agency way. There have been calls for a coordinated strategy focusing on health, education, social media, housing, and employment to tackle the problem and treat it as a public health issue. These are long term strategies that would require government investment. There are no simple quick fixes, but in the short term, one way to reduce knife injuries is to reduce the number of knives carried in public places.

Some steps have been taken to combat knife crime, but they have had almost no effect on the availability of knives to youths in England and Wales. A few of the blades carried are “Rambo” knives, “Zombie” knives, or Samurai Swords. They though are a very small minority. Although, perhaps regrettably, neither the police nor NHS statistics differentiate between the types of blades used, my experience is that the vast majority of knives carried by teenage boys are ordinary kitchen knives. Every kitchen contains lethal knives which are potential murder weapons. So, it is very easy for any boy who wants to obtain a knife to take it from the kitchen drawer in his home or that of one of his friends.

But why we do need eight or ten inch kitchen knives with points? How often, if at all, does a domestic chef use the point of an eight or ten inch knife? Rarely. Yes, we need short knives with points to fillet fish or pierce meat, but they are less likely to be lethal. Any blade can cause an injury, but slash wounds from blades are rarely fatal. It is the points of long knives which cause life threatening and fatal injuries.

It is already illegal to sell knives, axes, or swords to anyone aged under eighteen, but has the time come to consider further regulating all sales of long pointed knives and replacing them with rounded ends? At the very least, shops should sell alternatives with rounded ends. Perhaps, the police could organise programmes whereby owners of kitchen knives, which have been lawfully bought for culinary purposes, could be modified, with the points being ground down into rounded ends. In 1998, legislation to reduce pack sizes of paracetamol was followed by significant reductions in deaths due to paracetamol overdose.  If measures were now taken to blunt the points of knives, in time, the number of fatal and life-threatening injuries caused by knife crime would reduce. If these measures were taken in conjunction with a public health approach then knife crime could reduce substantially.

Nic Madge is a retired circuit judge. From 2004 until June 2018 he conducted criminal trials at Harrow, Peterborough, Inner London, and Luton Crown Courts. He has written legal books and contributed to legal journals, including the Criminal Law Review. His personal web site is at www.nicmadge.co.uk