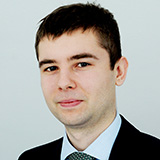 Latest data from NHS Improvement and the Department of Health and Social Care (DHSC) sheds new light on the realities providers faced during the last financial year—and provides a warning about just how tough the next year will be.

The DHSC’s annual report and accounts for 2017/18, and NHS Improvement’s consolidated accounts for the whole provider trust sector give the clearest picture yet of the scale of the financial challenge in the NHS last year. Yet worse is to come: within the original spending review settlement, 2018/19 sits at the nadir of the financial u-bend and the new financial settlement does not start until 2019/20. With no winter funding confirmed, this year is shaping up to be one of the toughest that trusts have faced.

So what actually happened at an aggregate level in 2017/18?

Firstly, the department breached its revenue budget by around £85m, but used an accounting technicality to paper over the cracks. Essentially a surplus was reported in the accounts, but this is underpinned by a £777m underspend which cannot be reinvested in the frontline. It is clear that the margins for success and failure are becoming increasingly narrow.

Secondly, we have a revised provider deficit figure. NHS Improvement’s 2017/18 quarter four figures put the sector position £960m in the red, but the consolidated trust accounts have upped this to £986m. It looks like the difference can be explained by £25m of unspent winter funding which NHSI’s report had included in the provider position. The 2017/18 sector position therefore is slightly worse than we first thought, and frustratingly shows not all the winter funding earmarked for the sector reached the frontline.

Crucially, this position was reached despite the system receiving a £335m revenue boost in the 2017 budget. In 2018/19, no such winter funding has been announced, yet it is expected that demand, performance and financial pressures are only going to worsen.

Within the sector, another story continues to develop. NHS providers are becoming increasingly polarised between those in financial balance and those not. This graph in the consolidated accounts illustrates the growing gap in the system. This is despite the decision towards the end of 2017/18 to distribute a small portion of the sustainability and transformation fund to all providers which had signed up to a control total, irrespective of whether they had achieved all the targets. Being in deficit is like falling into quicksand: once in, it becomes increasingly difficult to get out. The financial incentives and penalties in the system, from the underfunding of emergency activity to the allocation of sustainability funding, intensify this effect, rather than mitigate it.

Provider incomes rose across the ambulance, specialist, and mental health sectors, but community providers actually experienced a drop in income, by around £200m. We have long argued that community services are undervalued and misunderstood; it’s discouraging to see they are not being given the resources needed to properly operate.

The provider deficit sat exclusively in the acute sector in 2017/18 (at an aggregate level)—small surpluses were recorded in the community, mental health, and ambulance sectors.

Hospital trusts saw significant unplanned growth in emergency activity, and as a result had less capacity to devote to elective care. Because the latter is relatively more lucrative than the former, this was one of the factors driving the sector’s deficit.

It is reassuring to see both the DHSC and NHSI accounts recognise this trend, which came to a head in the winter months, with the National Emergency Pressures Panel issuing guidance which advised all providers to defer non-urgent elective inpatient activity.

Raids on the capital budget to support the revenue position are clear to see: another £1bn was transferred in 2017/18, on top of £1.2bn the year before. However despite the reduced capital available, the DHSC recorded a £360m underspend against its capital budget. This is money handed back to the Treasury that the NHS will no longer have access to.

Access to capital is a source of ongoing concern within the provider sector: large strategic transformation programmes and vital maintenance works cannot be progressed despite the seeming availability of funding. And the only way to access capital now seems to be through sustainability and transformation partnerships, not all are mature enough to prioritise projects between trusts. The DHSC, in collaboration with NHSI, is reviewing the existing regime to address this, but over 2018/19, it is vital that funding can be accessed to enable providers to invest in infrastructure.

There has been much noise about the long term funding settlement in recent months. Given the current climate, the extra money announced by Theresa May for 2019/20 onwards has to be welcomed. But we still have a year to go before this funding kicks in and providers will remain over stretched and under resourced. In fact 2018/19 is shaping up to be a particularly hard year for the sector, based on the original funding profile from the spending review. Providers have a track record of delivering substantial savings while providing quality patient care. Next year, what is certain is that NHS staff will have to once again go the extra mile to make up the gap, especially as we enter the winter months. However without an injection of cash to address winter pressures, it is hard to see how the provider sector will avoid slipping further into the red without risking quality of care and staff wellbeing.