The use of preprints in medical research is past due, says Rohan Khera 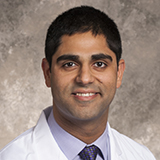 The BMJ has just published our peer reviewed research paper addressing the population impact of a recent overhaul of the clinical guidelines for hypertension in the United States and China. The study is important for my coauthors and me, not only as a scientific contribution, but because it was our first experience of using a preprint platform. Preprints represent an avenue for investigators to share their completed research openly with the community for critique and feedback before its vetting by the peer review process at journals and their eventual publication as manuscripts. Their use has been common in several areas of science, but has only recently gained visibility in biomedical and clinical research. Since the use of preprints is uncommon for studies published in major medical journals, we share our experience of the practical aspects of such an approach.

A special set of circumstances led us to choose this approach. The hypertension guidelines were set to be released at the American Heart Association’s Scientific Sessions in 2017. Following on the heels of SPRINT—a large trial that suggested a benefit with intensive blood pressure lowering—the guidelines were widely expected to lower the threshold of blood pressure used to define hypertension as well as the target blood pressure for antihypertensive treatment. In anticipation of the guidelines being released, our group identified two large nationally representative datasets from the USA and China to contrast the public health implications of these guidelines in two very different populations.

We conducted the study and drafted a manuscript based on our expectations. When the guidelines were unveiled, we quickly confirmed our estimates and finalised our manuscript. We realised then that while our research was immediately relevant to the discussion that followed the release of the guidelines, the traditional approach of submitting to a medical journal would mean being out of the public eye for several months. The preprint platform offered us an excellent opportunity of ensuring early dissemination of our research study in its entirety, while we sought its evaluation by peer reviewers and the refinement by a medical journal.

The process itself was fairly straightforward and involved submitting the manuscript to a web based system on Biorxiv. The manuscript was available publicly in two hours from our submission, on the same day the guidelines were released. Thereafter, we received comments and suggestions from other investigators on our preprint article, mostly directed as personal communication, and we were able to incorporate some of these suggestions in the final manuscript before we submitted it to The BMJ for its peer review process. The preprint was instrumental in allowing our work to be available quickly but also ensured that it had details on the methodology as well as an acknowledgment of its limitations.

During the peer review process at The BMJ, feedback from the editors and the peer reviewers substantially improved various aspects of our work. In addition to vetting our approach, we were advised on the appropriate interpretation of our observations, especially the potential meaning for health policy and potential negative implications. This process was no different from what we had encountered previously in the peer review process. However, this time around, while we worked on this iterative improvement of our work before publication, other investigators continued to have access to our work, both in guiding their own investigation and in limiting duplicated efforts. Furthermore, investigators have access to both our published study in The BMJ as well as the preprint on BioRxiv, which is cited clearly in our study, making the process both transparent and informative.

This experience contrasts against our experiences with other recent work, some of which has had immediate relevance to health policy. Our other work  failed to inform ongoing policy discussions and the efforts of other researchers for several months as we waited on eventual publication.

We believe that the use of preprints in medical research is past-due and hope that more investigators will use this avenue.

Finally, we are grateful to The BMJ for being welcoming to investigations posted on preprint servers, and for this avenue to chronicle our experience. We hope that more journals will accept the benefits of science that is publicly available while journal editors and peer reviewers carry out their critical role of improving both the quality and the impact of these scientific contributions.

Rohan Khera is a cardiology fellow in the Clinical Investigator Pathway at the University of Texas Southwestern Medical Center in Dallas, Texas. He is interested in cardiovascular health services and outcomes research with a focus on understanding variation in the quality of health services as an avenue to improve outcomes of patients with cardiovascular diseases. Twitter:@rohan_khera

Competing interests: I do not have any conflicts of interest.