Over the past sixty years, antibiotics have played important roles in medicine, farming, and beyond. They have become an important backdrop to the modern era, enabling the rapid treatment of infection, technological innovations in surgery, and the intensification of livestock production, amongst other developments. The increasingly pervasive warnings of antibiotic resistance draw our attention to drug resistant infection as a threat not only to clinical case management, but to our modern ways of life.

Ironically, proposals to stave off antibiotic resistance and thereby preserve the status quo, often reveal the scale and complexity of the changes that would be required to maintain the many benefits of the modern era. This may explain the anxiety and outspoken challenges to proposals, such as the WHO recommendations to reduce “excessive” consumption of antibiotics in livestock-production—which would represent a dramatic departure from current farming practices around the globe. These challenges point to the paradox of unwavering concern for antibiotic “excesses” on the one hand, and on other, the lack of attention to connected excesses of productivity, consumption, and profit that have relied on antibiotics. We question the effectiveness of addressing antibiotic resistance by continuing to separate these concerns and analyse them independently.

When the WHO, as part of its One Health approach, released its recommendations on antibiotic use for livestock-production, with the aim of preserving medically important antibiotics, considerable criticism was raised by a variety of institutions citing limited supporting evidence and a ‘lack of appreciation for the One Health approach’. This tension continues past debates over excessive use of antibiotics in livestock-production and the blaming of farmers and vets for such “over-” and “mis”-use. However, these concerns stop short of drawing connections between consumer demands and the future of animal-environment abilities to sustain them. Failure to acknowledge these connections has led to multi-sectoral calls for collective action (e.g. from the Pharmaceutical industry and FAO/OIE/WHO) that separate “excessive” antibiotic use from other practices that have both enabled and incentivised it, such as demands for reduced animal-production costs, more and cheaper animal-products, and increased profits from meat and antibiotic sales. Surely such collective action requires us to go beyond a focus on reducing antibiotic excesses as an independent solution to save modern medicine from antibiotic resistance, and to question the scale of other antibiotic dependent practices (e.g. profit, production, and consumption). This is undoubtedly challenging to enact not only in terms of policy, but also for much of the current scientific approaches to antibiotic resistance. However, we propose that antibiotic resistance is an apposite and necessary case to do just this.

A dramatic reduction in the use of antibiotics goes beyond targeting individual behaviour. It must involve engaging with new approaches to understanding and addressing the connections between humans, animals (including microbes) and environmental health, including careful analysis of how these connections reflect current political and economic values. If we understand the current predicament of antibiotic resistance as emblematic of modern livestock-production, meat consumption, and distribution of economic profits, then we must be prepared to envision futures in which these configurations are as much at stake as individual antimicrobial use behaviour. Calls for the scaling back of excess antibiotics, as well as for the drawing of connections across sectoral and disciplinary lines, provide an opportunity to shift away from, and rethink modern farming and medical practices. The rise in antibiotic resistance can therefore be understood less as a catastrophic end and more as an invitation to conceive alternative configurations of medicine, farming and life beyond the modern era. 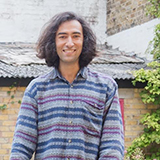 Coll de Lima Hutchison is a Research Fellow in the Anthropology of Science at the London School of Hygiene and Tropical Medicine, and co-investigator on the ESRC-funded Anti-Microbials in Society (AMIS) programme. He has previously worked in Myanmar on the epidemiology of MDR-TB and in Argentina on the political ecology of health with Mbya and health professionals. 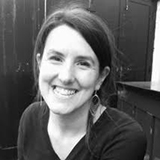 Gwen Knight is an Assistant Professor in the Department of Infectious Disease Epidemiology at the London School of Hygiene and Tropical Medicine. She is working on an MRC Skills Development Fellowship to explore the dynamics of antimicrobial resistance using mathematical modelling. 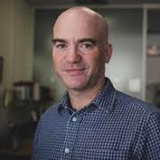 Richard Stabler is an Associate Professor in Molecular Bacteriology in the Pathogen and Molecular Biology Department and co-Director of the Antimicrobial Resistance Centre at the London School of Hygiene and Tropical Medicine. 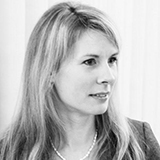 Clare Chandler is an Associate Professor in Medical Anthropology and co-Director of the Antimicrobial Resistance Centre at the London School of Hygiene and Tropical Medicine. Clare leads the Anti-Microbials in Society (AMIS) programme, including the online AMIS Hub, highlighting how fresh perspectives from social research can improve how we address antimicrobial resistance.