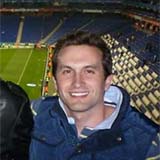 Mental health issues in doctors are common, more so than in the general population and doctors have higher rates of suicide. Though problems often manifest early in training, they can and do occur at any career stage. This is not just detrimental for the individual, but also to patient care and has broader economic impacts through sick days and dropout.

There are many risk factors that can predispose doctors to mental ill health. Occupational aspects such as the nature of the work and work environment as well as individual personal factors which interact to make doctors vulnerable to mental health problems. Increasing workload and less predictable hours can exacerbate these risks. Despite efforts to improve mental health awareness in doctors and open a positive dialogue, the problem appears to be growing.

For a doctor to properly address their mental health problem requires disclosure; a willingness to acknowledge that a problem exists, and to seek help and relay that information, as appropriate, in the workplace. Early disclosure leads to prompter diagnosis, treatment, and improved outcomes. In fact, doctors who disclose and engage with specialist services have a better prognosis than the general population. However, disclosure can be a very difficult step to take.

The obstacles against disclosure are numerous and complex.  Some are specific to our profession, including concerns about career progression, GMC involvement, or difficulty in transitioning from doctor to patient roles. Others are more general, such as the ongoing stigma around mental health problems.

Crucially, however, there is a great disparity between how we as doctors believe we would behave if faced with mental ill health and the evidence of how doctors actually do behave when unwell.

Research shows that doctors are not only less likely to disclose, but do so at a later stage than they thought and the reasons for disclosure are different from what they imagined. Most believed professional responsibility would be their main reason for disclosure, but in reality, the driving force is the need for advice and treatment.

A lack of understanding of support structures remains a significant hindrance, with only 6% of doctors stating they would go to occupational health and no trainee saying that they would go to their deanery support unit if they became unwell, despite these being the recognised support pathways. Lack of understanding of these pathways may explain why trainees and younger doctors felt less likely to disclose.

Many doctors cite concerns about being labelled as a key obstacle to disclosure indicating stigma remains a major factor. However, interestingly concern about GMC involvement or letting colleagues down were listed as obstacles to disclosure more often by doctors who had no history of mental ill health than those who had.

So perhaps as doctors, we are operating under something of a delusion when dealing with the issue of mental ill health within our profession.

We must first recognise that how we might think we will behave when faced with mental ill health may be far from the reality.

However, through addressing the obstacles that prevent doctors from disclosure, such as improving awareness of support pathways, reducing stigma, and shifting the emphasis to treatment, we can begin to positively change the agenda on mental health within our profession.