Over a million smokers are treated in UK hospitals each year and a small proportion of these feel compelled to smoke when they are admitted to or visit hospitals. The image of smokers congregating at the front doors of our hospitals in wheelchairs with dripstands and catheter bags is all too familiar for those of us who walk past them as we come to work. We recognize that health risks to others are minimal because smoking in the open air is no threat to anyone’s health, but it nevertheless gives the wrong impression of a hospital as a promoter of a healthy lifestyle. We were particularly concerned that smokers would rapidly migrate to the front entrance of our new hospital in Dumfries when it opened in December last year.

A British Thoracic Society audit in 2016 of 14,750 patients across 146 hospitals in the UK found poor recording of smoking status in medical notes and little evidence that people who smoked were asked if they would like to stop smoking or were referred to a smoking cessation service. In hospitals with designated smoking areas (41% of all hospitals in the audit) smoking restriction was “completely or mostly” enforced outside these areas in only 33% cases. In hospitals with no designated smoking areas, restriction was “completely or mostly” enforced throughout the grounds in only 40% cases. This was despite a NICE guideline in 2013 recommending that hospitals should set out a clear time frame to establish or reinstate smokefree grounds and remove smoking shelters or other designated outdoor smoking areas.

As if in response, Public Health England launched a NHS Tobacco Free campaign in 2017, although the Department of Health in England has no plans to make smoking on hospital grounds illegal at present. Northern Ireland made it a criminal offence to smoke on hospital grounds in 2016. Similar legislation has been passed in Wales though here there is provision allowing the person in charge of the hospital to designate any area in the grounds as being an area in which smoking is to be permitted. In 2016, the Scottish Parliament passed an amendment to the Health (Tobacco, Nicotine etc. and Care) (Scotland) Act 2005 which made it an offence to smoke within a designated perimeter around NHS hospital buildings. The proposed perimeter is 15 metres. Smoking within this perimeter will lead to a £50 statutory fine which can rise to up to £1,000 if taken to court. When this latest legislation is implemented in Summer 2018, environmental health officers employed by the local authority, rather than NHS staff, will hand out the £50 statutory fines. As it stands there are no exceptions, for example psychiatric hospitals or hospices. It will also be an offence to allow someone to smoke on hospital grounds with a maximum fine of £2,500.

An opposing view is that instead of criminalising smokers, we should show compassion for those who have the capacity to make an unwise decision and for whom smoking may be a comfort at a difficult time. We make allowances for drug users in hospital by prescribing methadone and we do not stop the morbidly overweight buying sugary drinks at the hospital shop, so why not allow smokers to smoke in a designated smoking shelter? The fact that Greater Glasgow Health Board failed to stop smokers from smoking at the front door of their hospitals, despite spending £473,500 on a high profile campaign in 2013, suggests to us that the money could be better spent addressing the findings of the BTS audit and by asking patients if they would like to stop smoking, referring those who do to a smoking cessation service, and by reinstating smoking shelters. 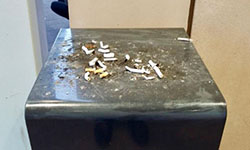 We could endorse the Scottish government’s proposed legislation that will attempt to eliminate smoking within a 15 metre perimeter of our hospitals or we could accept, however reluctantly, that smoking will never be completely eradicated and reinstate smoking shelters, while providing access to stop smoking services and support to help people who would like to quit. In any event it is difficult to imagine exactly how environmental health officers will impose and collect spot fines. And yes, as predicted smokers did rapidly migrate to the front entrance of our brand new hospital in Dumfries when it opened in December (see photo above). 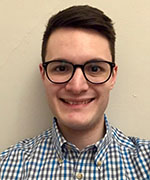 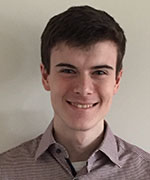 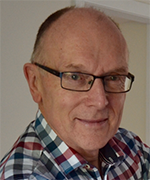