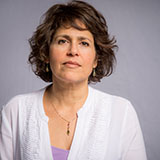 As Ireland prepares for a referendum on abortion on Friday, it is important to remember the impact that restrictive abortion laws have on women. Notably, abortions occur just as frequently in countries with the most legal restrictions as in those with the fewest restrictions. Nevertheless, a clear relationship exists between legality and safety. Abortion is least safe where it is most restricted.

A recent report by the Guttmacher Institute, Abortion Worldwide 2017: Uneven Progress and Unequal Access, shows that women and couples around the world increasingly want to have smaller families, and to control the timing and spacing of when they have children. However, their ability to avoid unintended pregnancy—the most common reason for abortion—varies greatly by geography. Unintended pregnancy rates have fallen worldwide, yet remain high in developing regions and where women face barriers to effectively using contraceptive methods. The abortion rates in Northern and Western Europe—where abortion is broadly legal—are among the lowest in the world, because it is generally easy for women in these countries to obtain high-quality contraceptive services.

The impact of unsafe abortion goes far beyond affecting women’s physical wellbeing. For women and their families, it can result in financial hardship due to lost wages and the cost of medical treatment for complications. For women in Ireland, the cost of abortion often includes the expense of traveling abroad to obtain a safe procedure.

To be sure, there have been a few positive developments in recent years. Between 2000 and 2017, 33 countries amended their laws to make abortion legal under a wider set of circumstances. And clandestine abortions are becoming safer in highly restrictive settings where medication-induced abortion is beginning to replace extremely unsafe methods. But women everywhere should be able to access safe and legal abortion care. No woman should have to risk injury or death from an unsafe procedure, and it is imperative that policies and services be improved to avert these entirely preventable outcomes.

Women and couples across the world need to be able to safely attain their desired family size and time the births of their children. The path to achieving this is clear: High-quality, comprehensive contraceptive services need to be made available and affordable, so that women and couples can prevent unintended pregnancy. And when unintended pregnancy occurs, whether because of contraceptive failure or any other reason, safe abortion services are critical. To make this a reality, countries should expand the circumstances under which abortion is legal, ensure safe abortion care is available and accessible, and undertake public awareness campaigns to reduce stigma. These steps will promote the wellbeing of women, families, and societies at large.

Gilda Sedgh is a principal research scientist at the Guttmacher Institute.