This article is part of the Building Healthy Communities collection. 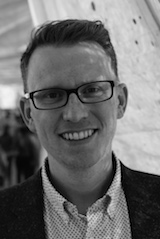 Gross domestic product (GDP) offers very little as a measure of social progress, yet it is often the North Star that guides political decision making, and can be the rocks on which political careers flounder.

In a recently published editorial Harry Burns outlines why a measure that is sensitive to a country’s health and wellbeing in addition to economic growth is needed to replace GDP. He argues that the health of society may not be booming even when economies are. I agree with his view, but not everyone will. Money and the economy are deeply political issues and some will feel that if you look after the pennies, the pounds and everything else will look after themselves. Burns’ editorial makes a convincing case that this is not necessarily true.

I met Harry Burns at a Salzburg Global Seminar at the end of last year where the role of hospitals in building healthy communities was being discussed. The conversations at the seminar were wide ranging and at times I found myself forgetting about hospitals and medical care completely and focusing on the social determinants of health.

One challenge in finding common ground for participants was that hospitals are rarely uniform cuboid buildings parachuted into designed communities like the classic SimCity computer game. The seminar attendees were working in or managing a wide array of different hospital systems in different countries. Big, small, urban, rural, part of large healthcare networks and even completely virtual; there were as many differences as similarities. In addition, there was widespread acceptance that providing high quality medical care is not enough to nurture health and wellness alone. Trying to estimate how much medical care contributes to health is perilous, but where it has been done estimates are as low as 10-20% relative to other social determinants.

Some at the seminar argued that hospitals can best contribute to healthy communities simply by providing the best medical service they can with good links to other social services and general practice. There are certainly settings where this minimalist model may well be the most appropriate approach. However, I was more interested in the potential of the maximalist model.

One mechanism, discussed at length by seminar participants, was the role of accountable care organizations. These were developed in the United States to incentivise care for populations in a market-based health system and, importantly, to control costs. The notion of an incentivised system that can deliver a joined up service seems sensible, but the move to introduce these ideas into NHS England has proved controversial and underlines the political challenge of transferring ideas from one healthsystem to the another.

What amazed me most at the seminar was to hear examples of healthcare organizations taking an active role in farming, housing, and energy production. This may be stretching the role and competency of these organizations for some, but the reason why they can move into these areas is the large amount of money that it takes to provide medical care and the procurement power it affords. Hospitals are anchor institutions, large employers closely tied to a geographic area or population, that have a big influence on the local economy enabling them to directly influence the social determinants of health. There’s been some recent interest in how this type of thinking is being applied to rejuvenate Preston in the north west of England.

So, how can healthcare systems, as represented by hospitals, help build healthy societies beyond providing high quality medical care? There may be as many ways as there are healthcare models and institutions, but it will likely entail developing new incentives and measures, and reframing how we think of these anchor institutions. We could start at the top by reconsidering GDP.

Paul J. Simpson is the International Audience Editor for The BMJ.

Acknowledgement: Thanks to the participants of the Salzburg Global Seminar and the Robert Wood Johnson Foundation who funded the seminar and my travel.