It is accepted that diabetic foot ulcers (DFUs) cause major disability and distress. They commonly lead to limb loss through amputation and are associated with a five year survival of only 60%: worse than many cancers. DFUs are also relatively common, with an estimated incidence of 2% of all people with diabetes in UK and a prevalence which is unknown, but may be as high as 169,000. Leaving aside the human cost of death and disability, DFUs are extremely expensive and a recent analysis calculated that the cost of their management accounts for approximately 1% of the total NHS budget. It is also known that outcomes are remarkably inconsistent. Age and ethnicity-adjusted data show that major amputation in people with diabetes varies seven-fold between CCGs.

The National Diabetes Footcare Audit (NDFA) in England and Wales was established in 2014 and was designed to measure variation in clinical outcome and differences in the structures and processes of care recommended by NICE guidance. Successive annual reports by the NDFA have demonstrated clear links between the time to first expert assessment and ulcer severity, and between both of these and “being alive and ulcer-free” at 12 weeks and at 24 weeks. In 22,653 consecutive ulcer episodes the median proportions who were alive and ulcer-free at 12 and 24 weeks for people with “severe” ulcers were 34.3% and 55.5%, respectively, while the equivalent figures for “less severe” ulcers were 59.9% and 73.7%. Overall 7% had minor amputations and 2% major amputations by 24 weeks. While far from comforting, these results contrast markedly with those revealed in a recent report of DFUs managed predominantly in community care and based on information derived from the THIN database which includes the general practice records of 11% of the UK population. It is likely that these ulcers, managed predominantly in the community, were less severe than those referred for expert management, yet the apparent overall incidence of ulcer healing in this population was staggeringly poor: within 52 weeks just 35% had healed, 48% remained unhealed and 17% had undergone some form of amputation. Only 5% of the study population had been seen by a podiatrist. Inexplicably, 48% of these community managed DFUs were treated with compression despite their being no record of any associated venous disease or lymphoedema. Use of compression bandaging had a major impact on cost and retarded healing.

While there will always be some people whose poor general health and co-morbidities are such that a non-intensive programme of community care is appropriate, the contrast between these two sets of results is stark. Guest et al recommend “implementing integrated progressive care pathways with defined trigger points for senior involvement and onward referral for specialist care” but make no mention of the need to consider current NICE guidance which states that all newly occurring DFUs should be referred for early expert assessment by a member of a specialist multidisciplinary foot-care team.

Presently there is great inconsistency in commissioning and care pathway implementation for diabetic foot disease. In 2016 fewer than 50% of Care Commissioning Groups (CCGs) and Local Health Boards (LHBs) in England and Wales were able to confirm the existence of three NICE recommended key care structures. When, however, CCGs have made changes to the structures of care and adopted NICE compliant services, there have been prompt and marked reductions in the incidence of amputation. Hopefully, those areas dedicating portions of the 2017-18 “Diabetes Transformation” funding to diabetes foot care may quickly achieve similar improvements.

We believe that urgent changes must be made in order to create uniformity of care of what is a disabling and very expensive complication of diabetes and one which is currently very much neglected. It is likely that many non-specialist doctors and nurses, as well as commissioners, currently lack awareness of the priorities of diabetes foot-care.

All involved should agree adjustments to local care pathways in order to find the best solution—which will itself depend on geography, existing services, and their capacity. Such a solution will inevitably depend on close integration between primary and secondary care and between community and hospital services. No single organisation or professional group can manage this condition on its own. Nonetheless, the available evidence suggests that CCGs and LHBs should strive to ensure that the necessary NICE recommended specialist services and care pathways are consistently available across the UK. In doing so it is likely that there will be a marked improvement in care quality and at reduced cost. 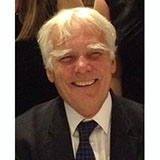 William Jeffcoate is a diabetologist at Nottingham University Hospitals Trust. He first established a specialist service for the management of diabetic foot ulcers in 1982 and is currently Clinical Lead of the National Diabetic Foot Care Audit of England and Wales. 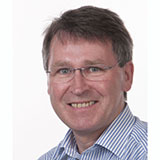 Bob Young is a diabetologist. He led integrated diabetes care services in Salford for 28yr and was Director of Clinical Effectiveness at Salford Royal Infirmary for 12 years. He is Clinical Lead of the National Diabetes Audit for England and Wales.