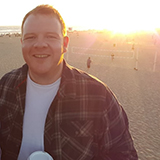 Some of the responses to Pollock and Kirkwood’s piece highlighted the importance of rugby in increasing the levels of physical activity among younger people. UK chief medical officers, and particularly Catharine Calderwood, are rightly concerned by increasing obesity trends, the prevalence of physical inactivity, and the impact this is having on children’s health. Importantly, however, the issue is about removing the tackle from schools’ physical education only. Therefore, if the tackle were removed from school physical education, then other non-contact activities would fill the void in the physical education curriculum, which could include touch rugby. The removal of the tackle would not lead to physical inactivity or obesity and the implication that it will is not supported by evidence. Additionally, we must also remember that injury is a cause of physical inactivity; with 49% of injuries requiring in excess of 28 days of absence from play in the most recent schoolboy study.

Many have suggested that refining the tackle technique and coaching education are the solution to reducing instances of concussion. Matthew Cross and colleagues have found that the passive tackle is the safest form of tackle to make in the elite game. Unfortunately, the passive tackle is also the least effective for performance, suggesting that it may not be the answer in competitive sport. They also comment, “The most effective, although extreme, method for preventing concussion would be to eliminate exposure by removing the tackle from the game.” Yet, in the context of professional sport, they suggest that it would be detrimental to the identity of the sport (and I would agree). But school physical education is not about the development of sport, and therefore the integrity of the sport’s identity and traditions must be secondary to the safety and wellbeing of young people.

The chief medical officers and the Physical Activity Expert Group have commented, “The Committee …  do not feel rugby participation poses an unacceptable risk of harm,” which is a similar position to Quarrie et al. This may be true in the community game, whereby children and/or their parents voluntarily engage in the activity. But rugby is a compulsory part of school physical education. Molcho and Pickett suggest that “unnecessary” risks are not acceptable for children. With there being no legal requirement for tackling in school physical education, coupled with no evidenced benefits of tackling, the heightened risk associated with it are clearly unnecessary for children.

The debate on whether the tackle should be removed from physical education rugby in school is likely to continue. I think it is important to consider, discuss, and challenge many of the arguments being offered on this issue. We also need to ensure that clear and reliable information is presented to children, parents, and other stakeholders so that they can make an informed decision on the matter.

Competing interests: AJW is the Oxfordshire Rugby Football Schools Union representative to the England Rugby Football Schools Union (the National Constituent Body for schools’ rugby in England). AJW also is an independent member on England Rugby’s Diversity and Inclusion working group. AJW is a founding member of the Sport Collision Injury Collective. AJW has no pecuniary interests and receives no funding for his research.