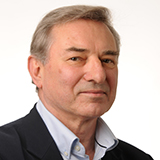 On the brink of completing its mission to eradicate polio worldwide, the Global Polio Eradication Initiative (GPEI) is now ramping down in preparation for closure. There were only 22 cases of polio caused by the wild poliovirus in 2017, occurring in Afghanistan and Pakistan.

Polio eradication has been the longest, largest, most expensive global health programme ever, with an investment of more than US$15 billion over 30 years. It has been managed by the GPEI, which is a partnership hosted at the World Health Organization (WHO) and involving UNICEF, the US Centers for Disease Control, Rotary International, and the Bill and Melinda Gates Foundation.

There are great opportunities for a “polio dividend”. First and foremost, this consists of the global public good of ending a disease in human beings for only the second time in history. When the GPEI began in 1988, polio was prevalent in 125 countries, and  caused lifelong paralysis and sometimes death in over 350,000 people per year, particularly in children. Subsequently, more than 16 million polio cases globally have been averted. However, eradication is not yet complete and outbreaks of vaccine-related polio in Syria and Ukraine in recent years have demonstrated that Europe, like the rest of the world, remains vulnerable unless vigilance and high levels of vaccine coverage are sustained.

The second dividend can arise from the polio assets developed during the last 30 years, These assets include vaccination systems, skilled health workers and programme managers, and surveillance, laboratory analysis and tracking capacities. These assets can be extremely valuable if they are transitioned to the ownership of countries trying to build strong and resilient health systems. Survival of these assets requires transferring them out of the polio silo, by making concrete, durable links with other health programmes and initiatives.

The money that will be  freed up when donors are no longer funding the GPEI constitutes a third potential dividend, but there are risks that this resource will no longer be spent on  global health. For example, the UK has been the second largest national contributor to the GPEI (after the USA), investing about US$ 1.6 billion over 30 years. But there is a lack of clarity at present about whether the money currently spent on polio will be transferred to other global health objectives and, if so, which. Two interlinked areas where there is currently much debate are around  support for the transitioning of polio assets and the broader issue of WHO financing.

The donors’ commitments to GPEI end with polio eradication. Post-eradication management of transitioned polio assets will need to be addressed separately, particularly through bilateral support to assist poor countries to absorb and maintain the assets. The difficulty in making the case for this investment is compounded by a lack of clear definitions and endpoints for “transitioning” and of agreement on what constitutes a “good” health system.

As the host of the GPEI, about 20% of WHO’s recent financing has derived from the polio funding stream. Closure of the GPEI re-exposes the chronic, severe, under-funding of the WHO by Member States. The issue will be at the core of discussions at the May 2018 World Health Assembly and WHO Executive Board. Resolving it will have a major influence on the future directions and capacities of WHO.

A further polio asset of particular value for the international community is the knowledge accumulated during the biggest global health programme in history: knowledge of how to organise, manage, and sustain a global programme; of what works and what does not; of how to overcome political as well as technical, organizational, and financial challenges; and of what not to do in the future as well as what should be done, if past mistakes are not to be repeated. There is already debate about what disease might next be targeted for elimination, but not everyone is convinced that the decision should be taken soon, or that another “vertical” programme is the best way to use limited health resources.

WHO Director-General Dr Tedros is among those who have noted that “health is a political choice.” The global health community, donors and political leaders should make their choices carefully and with a long-term vision as they take the next steps in its engagement in global health.

Acknowledgements: This article was developed from discussions at a meeting in London on 13 March 2018, organized by the Global Health Centre at the Graduate Institute, Geneva, Rotary International and the Wellcome Trust, on ‘UK directions and linkages in global health: beyond polio transitioning’. The meeting formed part of a work programme of the Global Health Centre funded by the Bill and Melinda Gates Foundation.